To celebrate the launch of the hilarious new book ‘Old MacDonald Heard a Parp’ from Swedish stand-up comedian, Twitter addict and undercover Viking, Olaf Falafel, I had the pleasure of interviewing the man himself, to talk about his inspiration for the book, juggling fatherhood with comedy and how he became a viral social media sensation!

Keep scrolling for the full interview and a sneak peak inside the book itself! 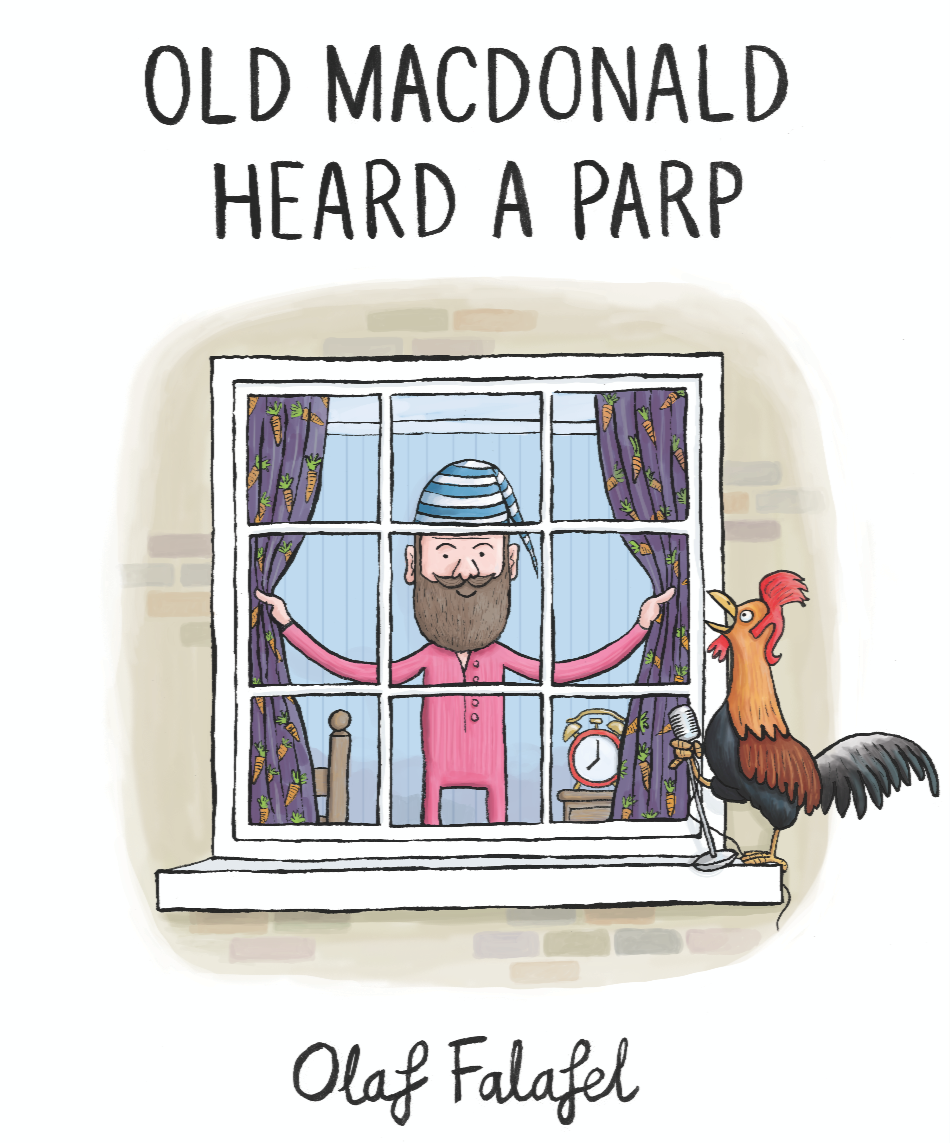 First off, my son and I both loved your new book. Who knew there were so many different ways to make fart sounds?! Which method is your favourite?

I love the pig’s fart noise the best – although it’s probably the one with the highest risk of accidental spitting so do wear waterproofs before attempting it.

Is this your first book? What encouraged you to make the move from stand up comedian to kids’ author?

Yes it is. I think the mind-set of a comedian is pretty close to that of a child so it wasn’t a huge mental leap.

Without wanting to give away any spoilers, what was your inspiration behind the story?

I quite often perform at the wonderful Comedy Club 4 Kids, one day I was coming up with ideas for child-friendly stand up and the idea for Old MacDonald just fell into my head. I started singing the rhyme to my kids and making up all of the noises and before long it had spread round the playground. It was at this point I thought it’d make a great book, I just needed some spare time to get it down on paper.

We loved the illustrations in your book. Did you do them yourself? Have you always been a secret artiste?

Yes – I’m an illustrator by day and a comedian by night – luckily for me, an illustration job that I was expecting fell through at the last minute and it left me with a spare week. I used the time to produce the ‘pilot’ of the book, I put a few drawings on twitter and the rest is history.

As the 8th funniest man in Sweden, how do you juggle your day job as a comic and writer with your responsibilities as a father?

As the ‘work’ parts of my life aren’t a strict 9 to 5, I can make them fit around family quite well. Also the kids are a constant source of comedy inspiration. They look at subjects with an open mind and from unusual angles, this can lead to some very funny moments. I won’t be selling them just yet!

Does your family ever feature in your stand up routines? What’s your funniest dad-related anecdote?

They inspire me a lot but they don’t feature directly in my stand-up although they did occasionally to make cameos in some of the Vines I used to make when Vine was a thing – this one is a particular favourite of mine:

What’s your own personal parenting/dadding style?

I wouldn’t say I have a particular style, I’d like to think I’m the ‘Good Cop’ half of the equation but I’m probably more ‘Annoying/Embarrassing Cop’. 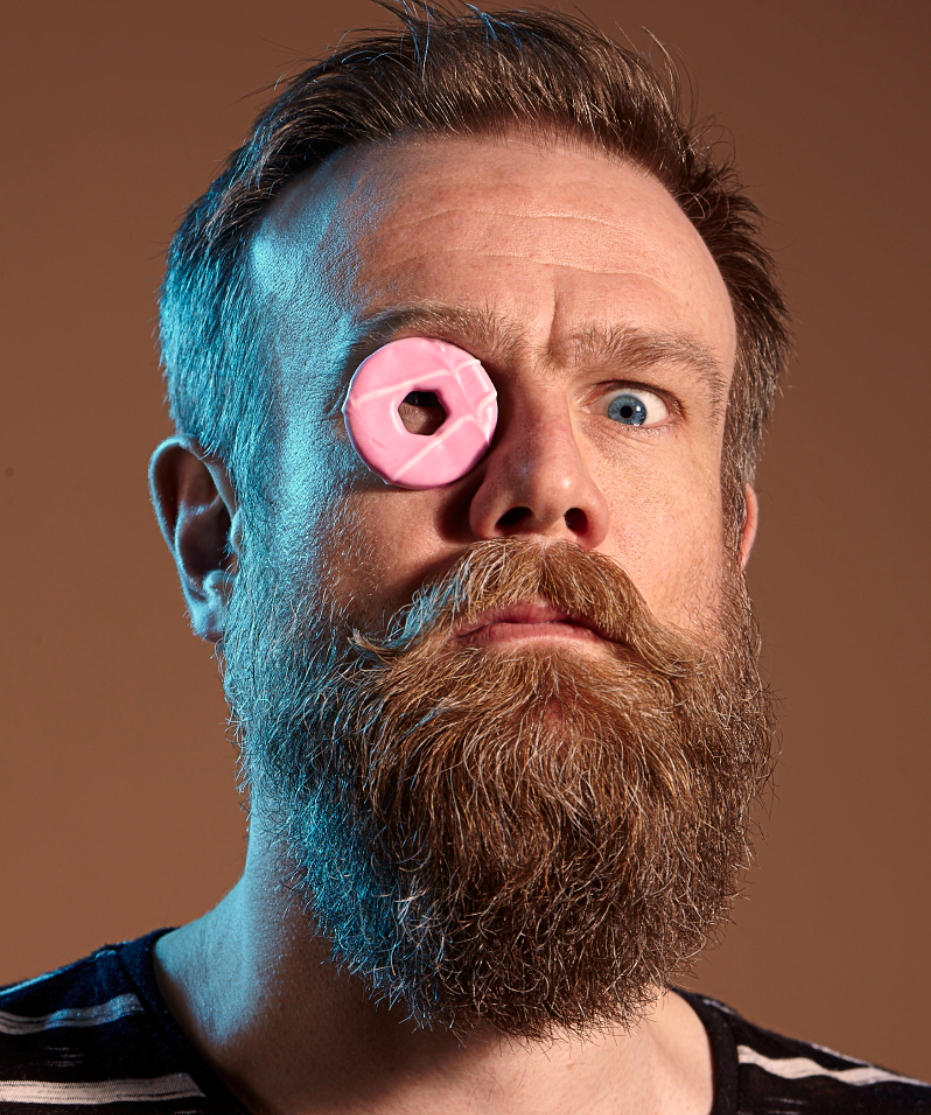 What was the worst piece of advice you were given about parenthood before you became a dad?

I can’t remember the worst but the best bit of advice I was given was – to really mess with your child’s future online banking experiences, name their first pet ‘Mother’s Maiden Name’.

And what’s the one thing you wish you’d known about babies before having ones of your own?

Not sure about that but this is one of my favourite parenting life hacks:

Looking after a baby and need a poo? pic.twitter.com/LzSKF1A1oW

You’re huge on social media these days…what has been your most popular / your favourite post to date?

This has to be my daddest of dad jokes:

Jokes about white sugar are rare but brown sugar – Demerara.

Hi Twitter, I’m after a publisher for my kid’s book – any RTs or tipoffs will be most welcome pic.twitter.com/46RY1KEVo1

I’ve got to ask…is Olaf Falafel your real name? If so, massive kudos to your parents! If not, what was your thinking behind it?

No, my real name is Derek Chickpeas but I thought that sounded too silly so I’ve gone with a stage name that’s slightly more sensible.

Finally, where can people see you next doing your stand-up and do you have any grand plans for more books?

At the moment I’m working on putting together my new Edinburgh Festival show called ‘The Marmosets Of My Mind’ so I’ll be testing out new material, mainly around London and the south East. On the book front, I’m currently working on a seasonal sequel to Old MacDonald called ‘Father Christmas Heard A Parp’ – I’m right in the middle of drawing a farting reindeer! 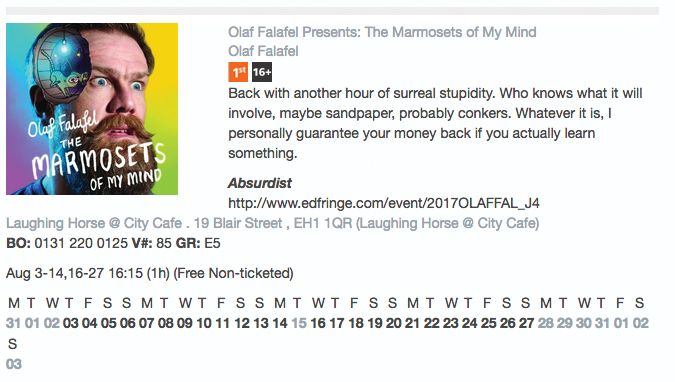 I hope you’ve enjoyed today’s exclusive interview with the one and only Olaf Falafel, to hear more about his brilliant first book ‘Old MacDonald Heard a Parp’ – OUT NOW! He really is a comedy genius, so is well worth a follow on Twitter here, or via his brilliant website, www.olaffalafel.com.