As a new dad, it can often feel like we’re low down the priority list when it comes to parent and baby brands. Whether it’s through their advertising, branding or design, so many products on the market today are unashamedly targeted directly at mums, with us poor dads barely getting a look in.

But after working with Graco, one of the world’s leading baby and parenting brands, for a couple of months now as part of their Generation Graco Global Blogger Panel and getting the chance to try out some of their products myself, I’ve seen first hand that, as a brand, they are doing things rather differently; by considering the needs of both mums AND dads in the design of all their products. 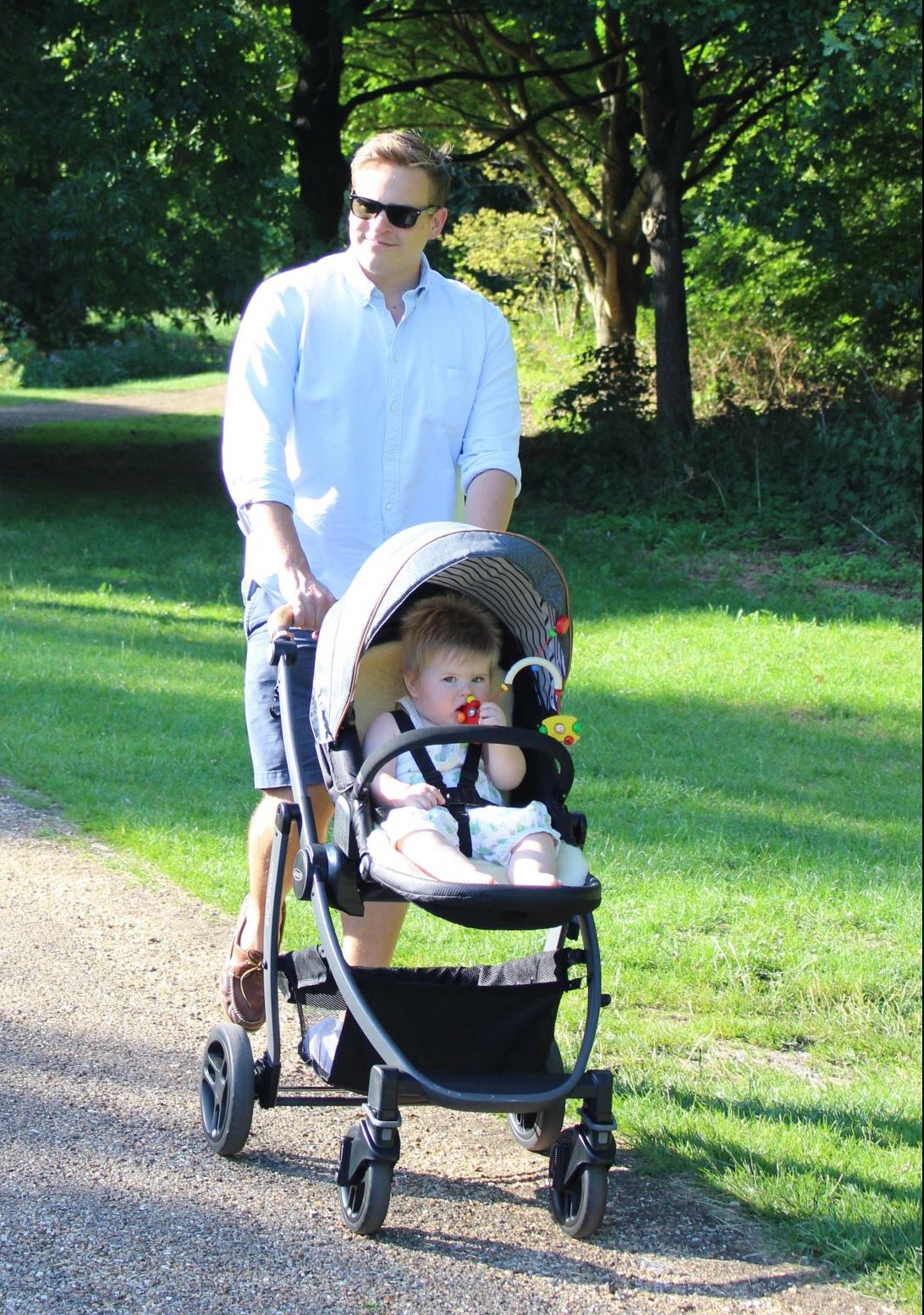 Take for example the Graco Evo Avant Pushchair. When we got pregnant, we tried out loads of prams and buggies. But despite our best efforts, we just couldn’t find one that was designed with dads in mind – AKA for use by men (like me) who are over six foot tall! You see, all of them had handlebars which were so low (even after adjustment) that I was forced to stoop down to use them.

As a result, we ended up going for one that was perfectly nice and looked great but which, ultimately, has been pretty uncomfortable for me to use over the past 10 months.

But after trying out the Evo Avant pushchair recently, I’m kicking myself that we didn’t come across it sooner, as this pram is the first and only one I’ve used that has been designed with taller parents in mind, with a higher, adjustable handlebar that’s seriously comfortable to use and highly recommended for any dads (and mums) who over six foot / 185cm in height. For the record, I should add that it’s equally comfortable for my more ‘vertically challenged’ wife (she’s 5″5), so it’s also a great choice if you’re on the shorter side yourself… 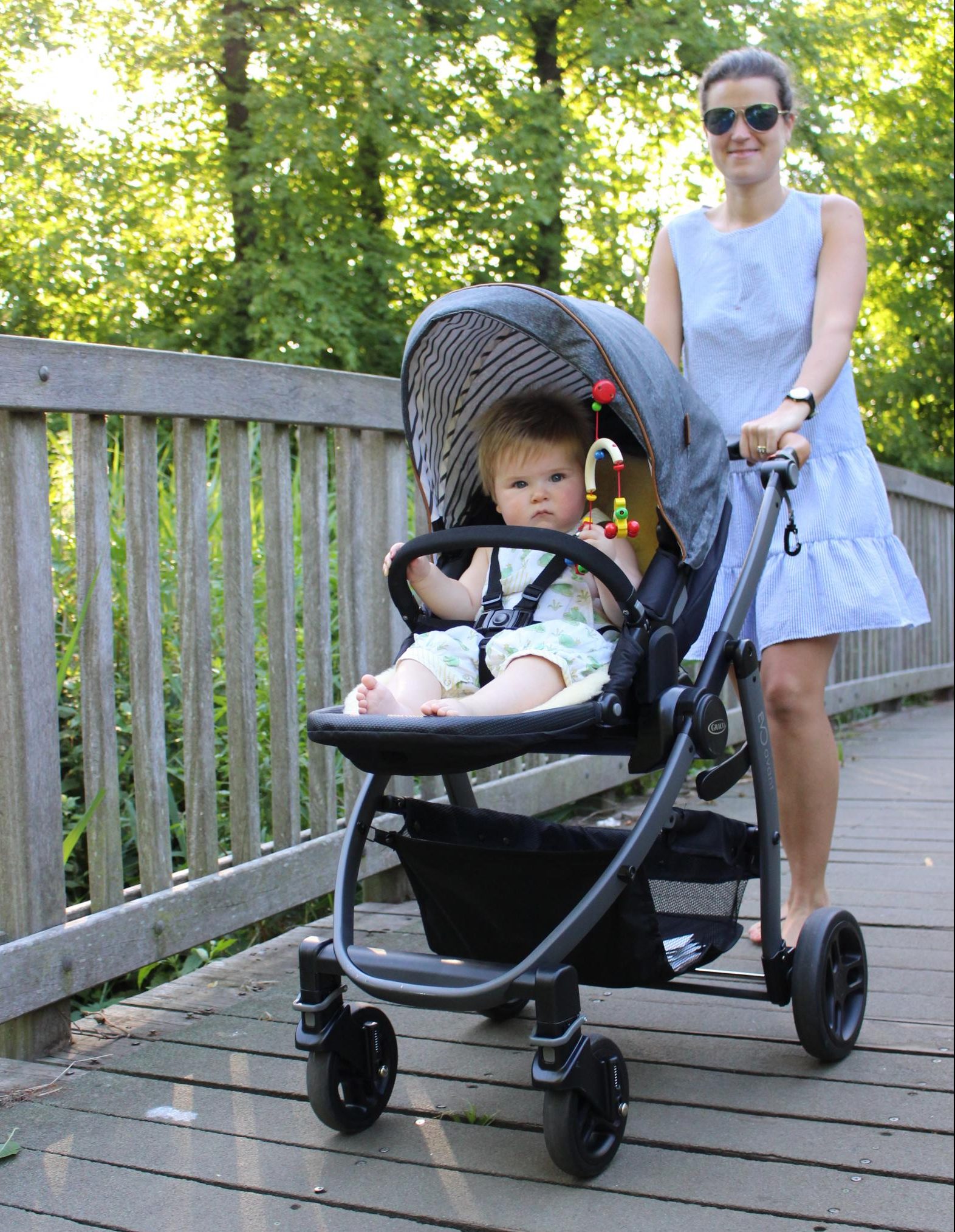 As a brand, Graco also clearly understands that a pram isn’t just a means of carting your baby around…oh no. As well as the kid, every time you leave the house there’s always a huge amount of baby kit you need to carry with you too. And on top of that, if you then nip into town or to the supermarket and decide to buy a few things, you might be surprised at how quickly you and the pram become overloaded.

I can’t tell you how many times I’ve taken my hand off the pram for two milliseconds only for it to flip backwards onto the floor (much to Teddy’s delight) after being weighed down at the back by a heavy changing bag and a couple of Sainsbury’s bags dangling precariously off the handlebars.

Which is why the design of the Graco Evo Avant has impressed me yet again, as it has (hands down) the biggest basket underneath it, large enough to transport a huge amount of baby kit as well as your weekly food shop from A to B. You know, for when you want to walk to the supermarket rather than load up the car and lose your treasured parking space directly outside your front door. A seriously convenient feature that saves us dads from always having to be the one to break our backs carrying all the heaviest shopping bags home. 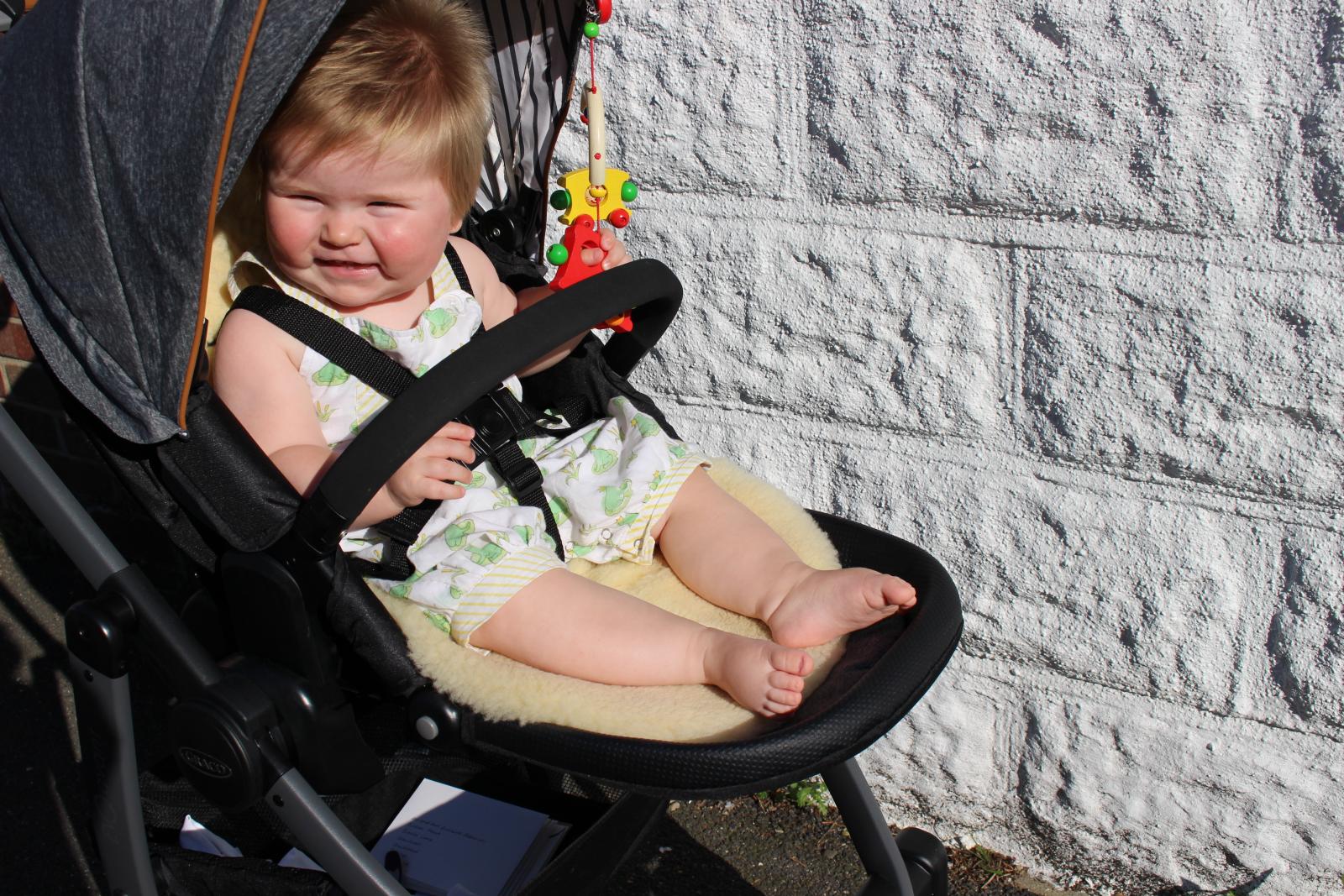 And then there’s the matter of space invasion. Just before Teddy was born, we bought a new i-Size car seat from one of the most well-known baby brands, which (on paper) looked like an absolute winner. But when I installed it in our new bigger family car, I quickly realised that the entire contraption was so massive that it forced us to slide the front driver and passenger seats so far forward to the point I could barely squeeze into the front of the car, let alone drive the damn thing. Seriously irritating after spending so much time and money trading in our small hatchback for a much larger car, specifically to avoid this issue.

Which is why as a dad I’ve again been so pleased with the Graco SnugRide car seat that we were given, which is equally i-Size compliant but, crucially, doesn’t take up nearly as much room in the back seat as others on the market, allowing even tall dads like me to win back some much needed leg room in the front of the car.

But best of all, from this dad’s perspective, is the amazing value for money you get when buying from Graco. Despite having a long heritage in the parenting world, Graco’s range of buggies and car seats are still some of the most competitively priced on the market, while also lasting you for a longer time too.

I can’t tell you how narked off I was when I realised that, at just 9 months old, Teddy was already outgrowing the expensive car seat we bought initially, meaning that before even his first birthday we were going to have to invest in the next model up. Seriously annoying. By comparison, the Graco SnugRide i-Size car seat not only takes up less room in the back seat (as I’ve already mentioned), it somehow also accommodates a much larger baby – from newborn up to 18 months in age – and can be adjusted for seven different seated or reclined positions for added leg room. Both good for baby and good for daddy. 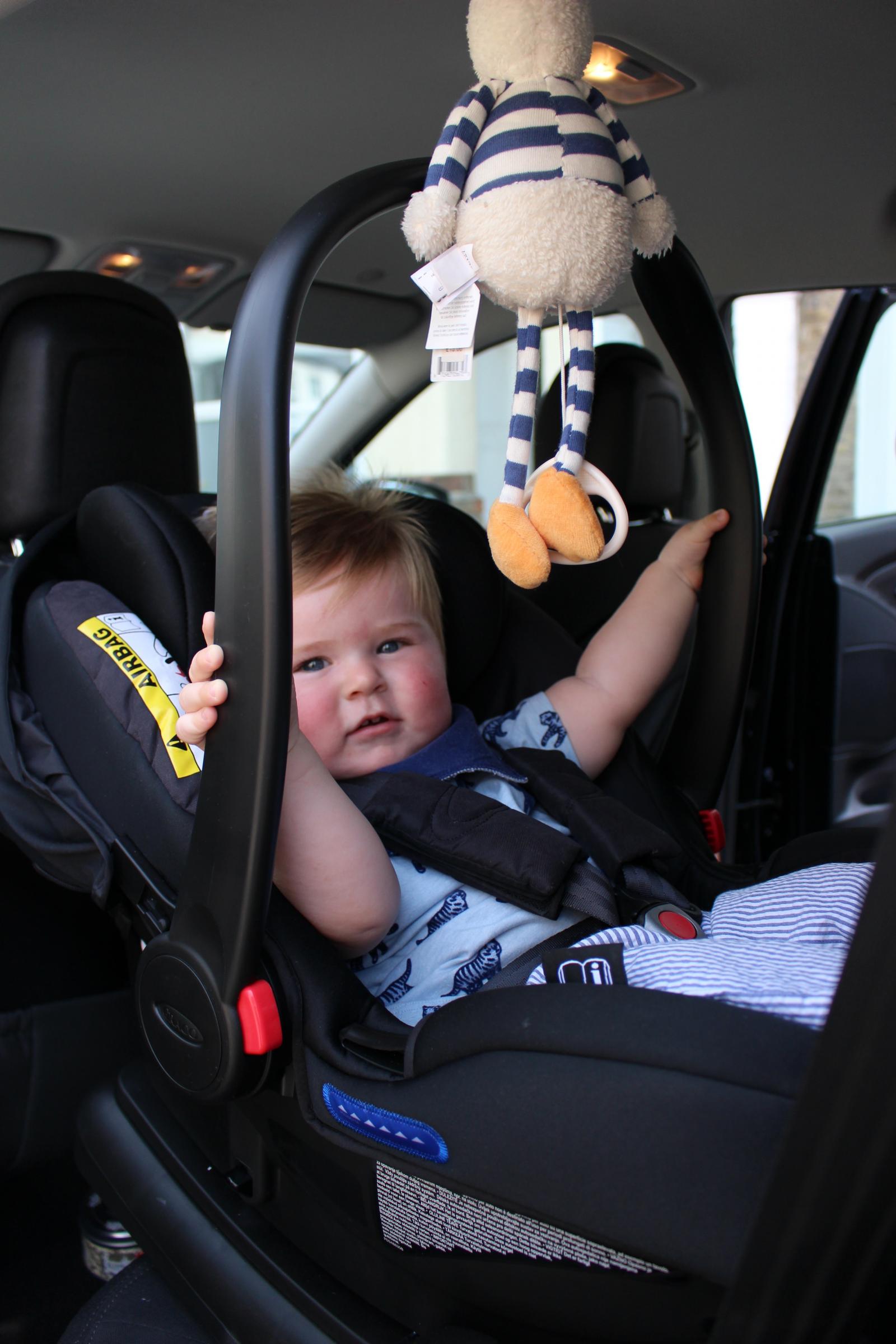 If only I’d realised this back when we were pregnant, I would have invested my money much more wisely from the get-go, in a product that would last for longer than a mere nine months (you live, you learn). Because, at the end of the day, having a baby is bloody expensive, so anything you can do to save money is always a massive bonus for us dads on a budget.

So if like me, you’re a tall, money-conscious, leg-room-loving dad who wants his baby products to fit around his lifestyle (and not the other way around), I’d suggest you take a look at what Graco has on offer. As from my own painful experience, a lot of other baby kit on the market can both burn a hole in your wallet and be a right pain in your backside (quite literally).

On that note, you can check out the full Graco range here, and keep your eyes peeled on the blog for more updates from the Generation Graco Global Blogger Panel, coming soon.