For this latest instalment of my new interview series with some of my favourite Insta pals, I’m pumped to share with you my recent ramble chat with the brilliant Anna Whitehouse and Matt Farquharson; affectionately known to us all as the ultimate parenting tag team, Mother Pukka and Papa Pukka.

These two, who are nowadays the veritable King and Queen of the Digital Parenting Jungle (albeit ones who feel more like your close mates than lofty royalty) have been firm favourites among UK parents since before I even considered raising a sprog of my own.

Over the past few years, Anna’s brilliant blog ‘for people who happen to be parents’ – www.MotherPukka.co.uk – as well as her properly hilarious YouTube and Insta vlogs, have all gone through the roof, while she’s even made waves in the political world thanks to her ingenious #FlexAppeal campaign, calling for better flexible working rights for UK mums and dads.

And with Matt – AKA Papa Pukka – by her side at every step along the way, providing the dad’s perspective on proceedings, their parenting partnership has gone global, racking up more than 130,000 Instagram followers between them, creating the chart topping Dirty Mother Pukka podcast this year and now (as if that wasn’t enough), they’ve only gone and written an actual book, which I’m pleased to announce is already a Sunday Times Bestseller!

So, without further ado, keep scrolling to read my full chat with Papa and Mother Pukka, discussing how they’re both handling parenthood the second time around after the arrival of Evie/Stevie, how the Mother Pukka name came about all those years ago, the low down on their new Parenting the Shit out of Life book and why Matt is currently in the market for a golden lycra catsuit… 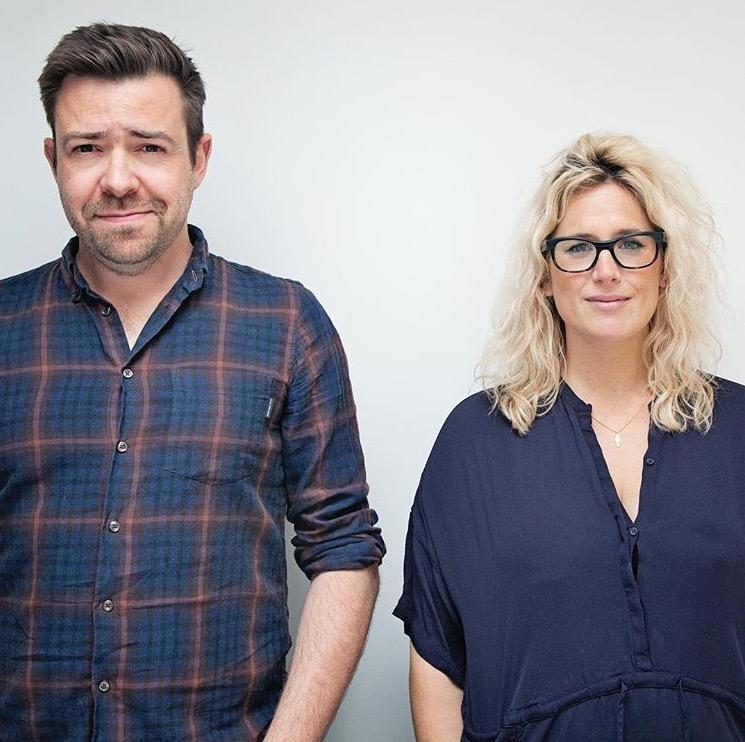 Stuck in a lift with Papa and Mother Pukka

GILES: Can’t complain…So, first off, massive congrats on the arrival of the gorgeous Evie! Or should that be Stevie?

ANNA: Definitely Stevie. Mae was Mae Bug for a bit and then became Mae. The maternal mind is a confused place. 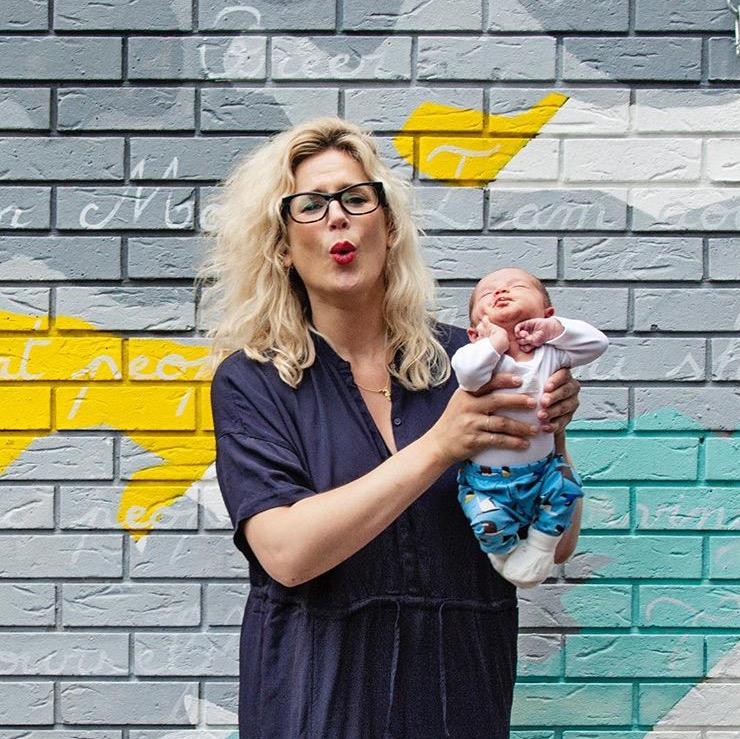 GILES: So, have people finally stopped mistaking her for a baby boy now then? Or have you reverted to sellotaping pink bows on her like so many people seem to do these days?

ANNA: Nope…we still get “he’s a lovely chap” from ladies on the bus…

GILES: Still? I hope you tell them where to get off! At least Mae looks like a very attentive big sister…no jealousy creeping in?

MATT: So far, it’s OK. But that will inevitably change somewhere down the line… 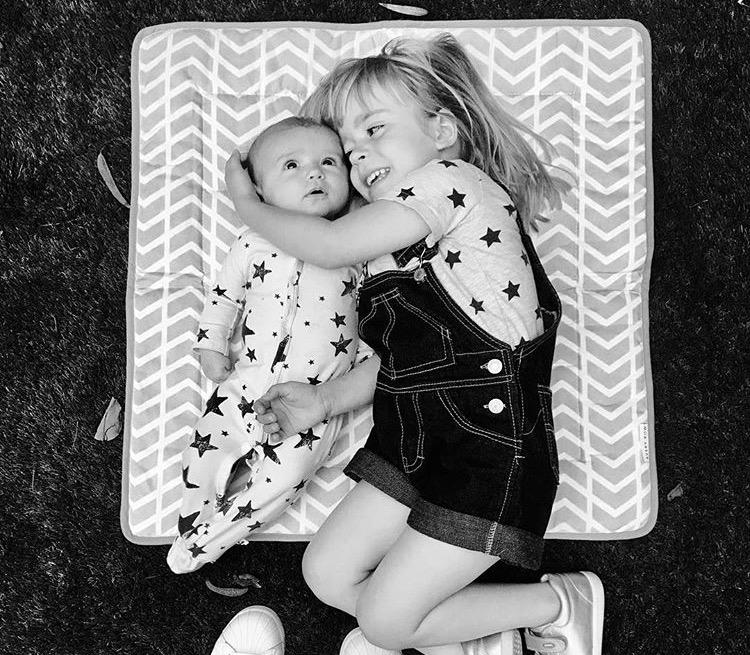 GILES: And how are you both finding parenthood the second time around?

MATT: I’d forgotten how (relatively) easy babies are compared to older nippers. There are fewer opinions, and they’re basically like spare bits of furniture that you move around the house over the course of the day. Although it’s tougher if you’re the food source of course.

ANNA: This is true…

GILES: So, now that I’ve cornered you, there was one thing that I’ve always wanted to know…how did the Pukka name come about? Was it a fortunate typo or are you both just HUGE Jamie Oliver fans?

ANNA: Ha! Neither I’m afraid. It was rather a moment of frustration with my working and family life. The name started a bit punchier and then was watered down to ‘Mother Pukka’…

GILES: Speaking of Pukkas, I’ve got to mention the super star that is Grandmother Pukka! How’s she finding her newfound fame? Looks like she’s having a ball…

ANNA: She loves it. There is literally no reigning her in. 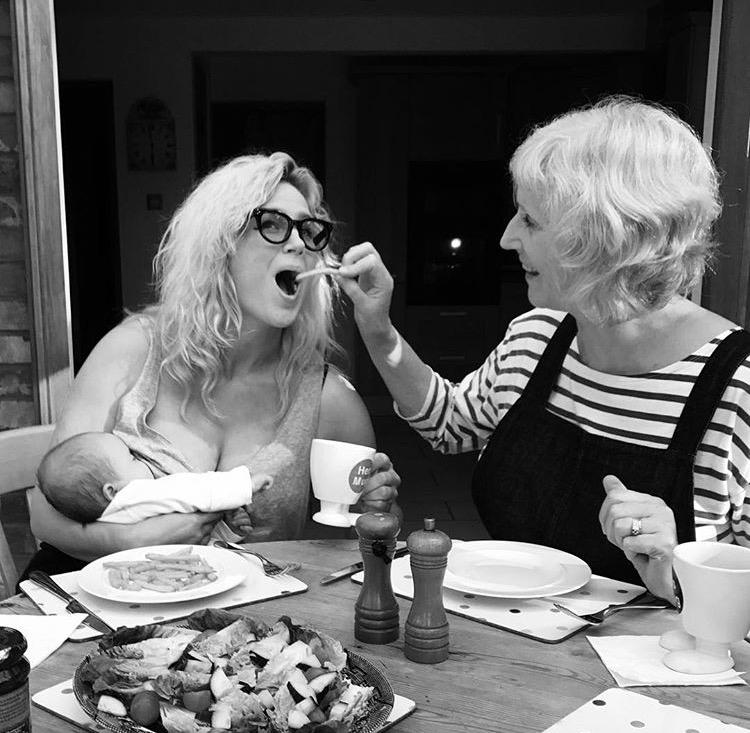 GILES: And Matt, I got the feeling that you were a bit reluctant to get in front of the camera at the start…what encouraged you to take more of a starring role?

MATT: I suffer from advanced ARF (Arsey Resting Face), the male equivalent of RBF (Resting Bitch Face); a condition that has affected me since childhood. People regularly come up to me and ask, ‘Are you OK? Is everything alright?’ with genuine concern.

But I’ve secretly craved the limelight since being the innkeeper in a 1986 performance of ‘The Nativity’. People were very complementary about my beckoning. 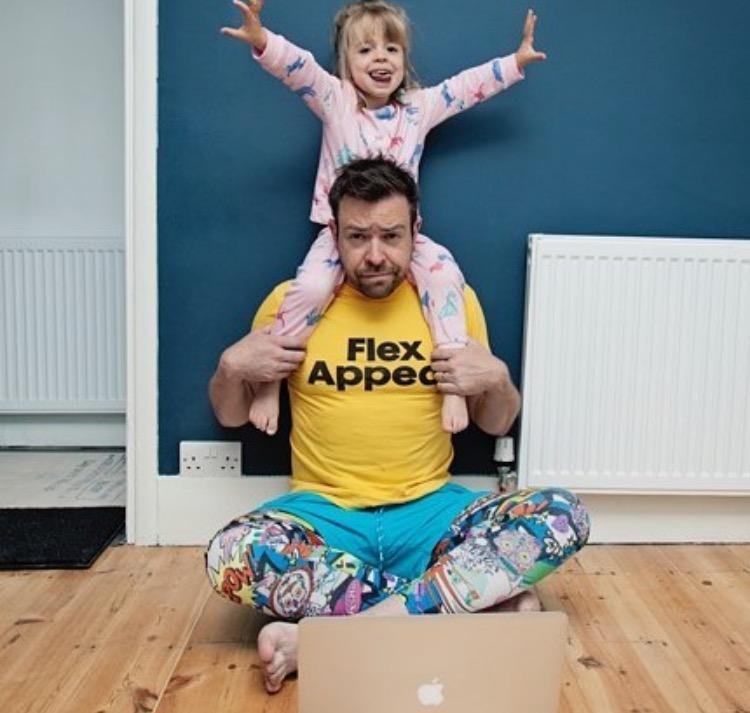 GILES: But over the past two years especially you’ve both become absolute household names…what’s been your most unexpected highlight so far?

MATT: It’s still pretty small really, but I think the nicest bits are some of the supportive messages Anna gets from new mums or mums-to-be.

ANNA: It’s not that big really. A recent survey we were informed of highlighted only 95% of UK parents know who we are. But it’s all been focused on spending more time with the kids and that’s what I’m doing so that’s great.

GILES: And, of course, we’ve all been listening to your brilliant podcast, which shot up to the top of the family charts when it was launched earlier this year. How did that all come about then?

MATT: It kind of came from those boozy chats we were having with other parent mates about the ridiculousness of trying to make a tiny version of yourselves. A few friends had some funny stories and we thought we could make it into something…so we did! 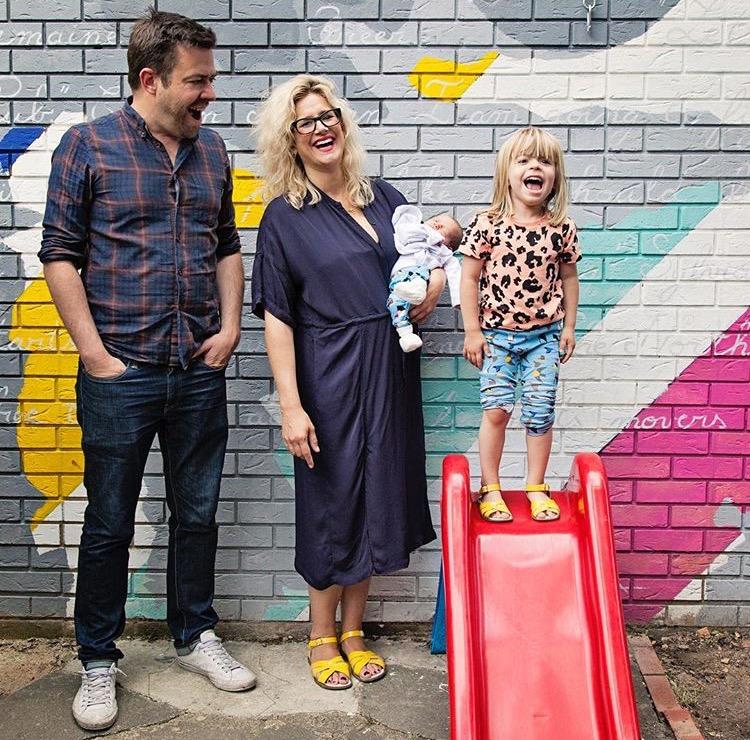 GILES: Were the Scummy Mummies pissed off?!

MATT: I don’t think so! Anna knows them pretty well. Theirs is great and I secretly want to go on just for the chance to wear one of their gold lycra onesies.

GILES: And what plans are there for Series 2? Will your merry band of grot bags and grumpy dads be back in force with you next time?

ANNA: We’re working that out right now. Watch (or listen to) this space… 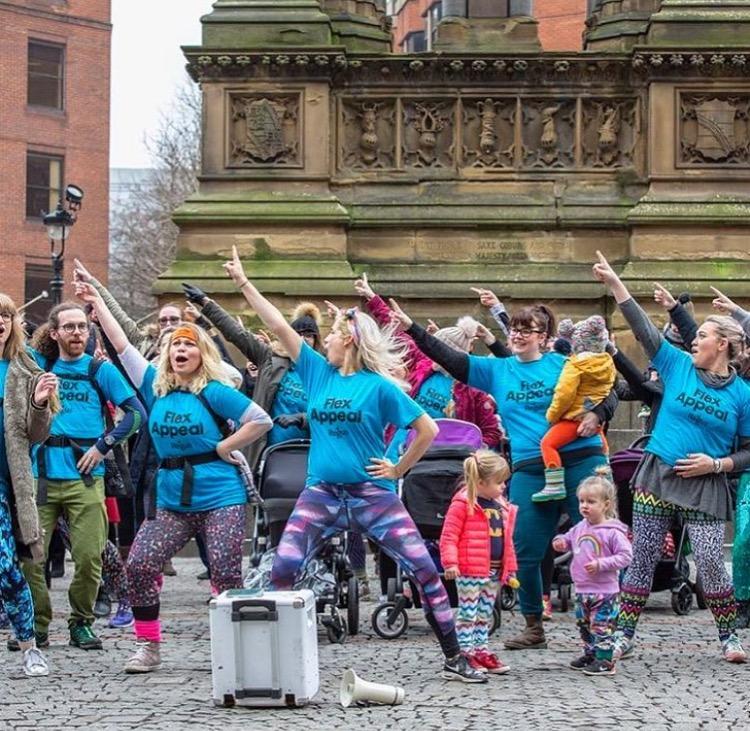 GILES: And now, as if a successful blogging, vlogging, #FlexAppeal campaigning and Instagramming career wasn’t enough, you’ve only gone and written a bloody book! So, come on then…sell it to me. What’s it all about and what sets it apart?

ANNA: It’s something that won’t tell you how your one works but will hopefully help you laugh more than you cry.

MATT: It’s the first book like this that gives both sides. Usually, the dad is an obscure shadow in the background, but in Parenting the Shit out of Life you hear both sides: the funny bits and the sad and I think there will be bits there that people recognise. 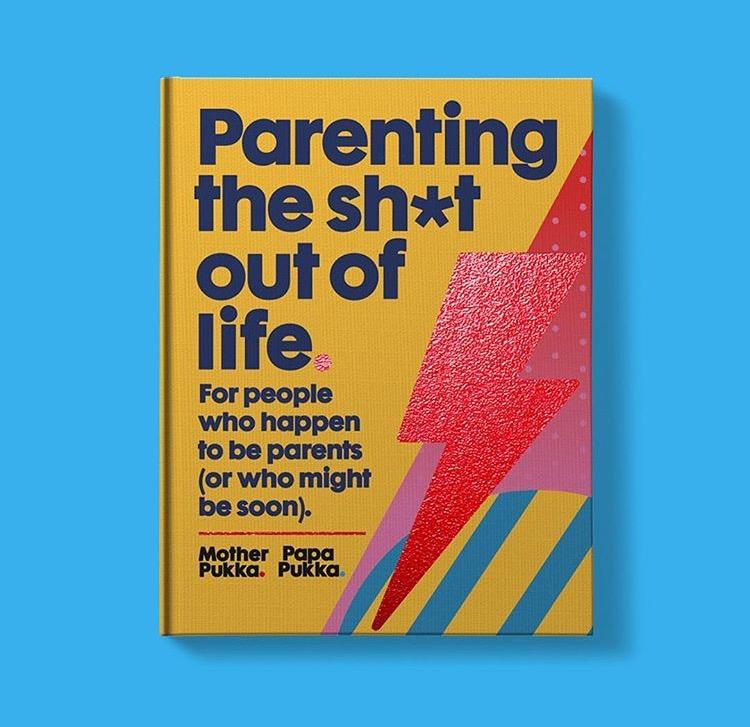 GILES: So, what’s next for team Pukka?

ANNA: A cheese and pickle sandwich. 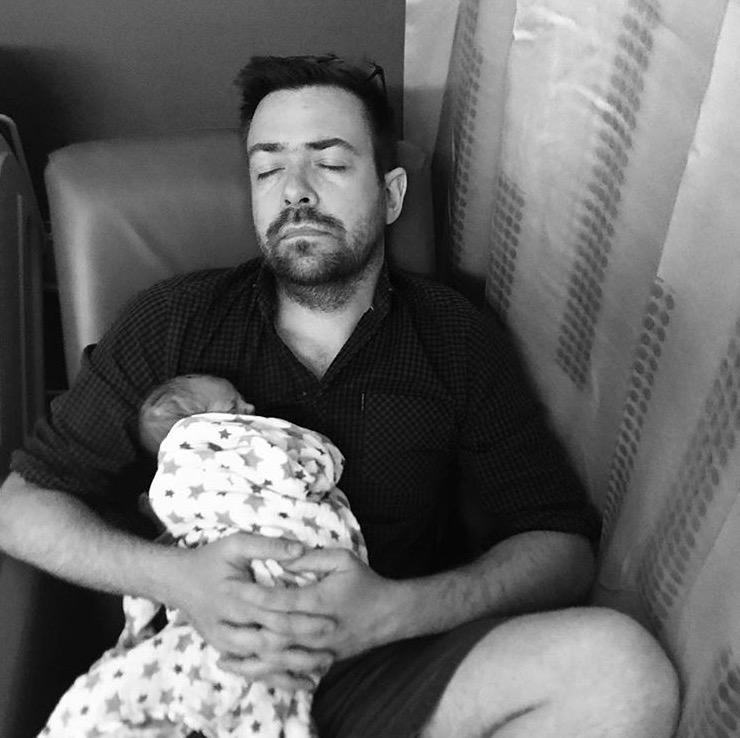 For more from Matt and Anna, follow these links to find Mother Pukka and Papa Pukka on Instagram, and be the first to get your hands on their book (OUT NOW!) by ordering it here!! 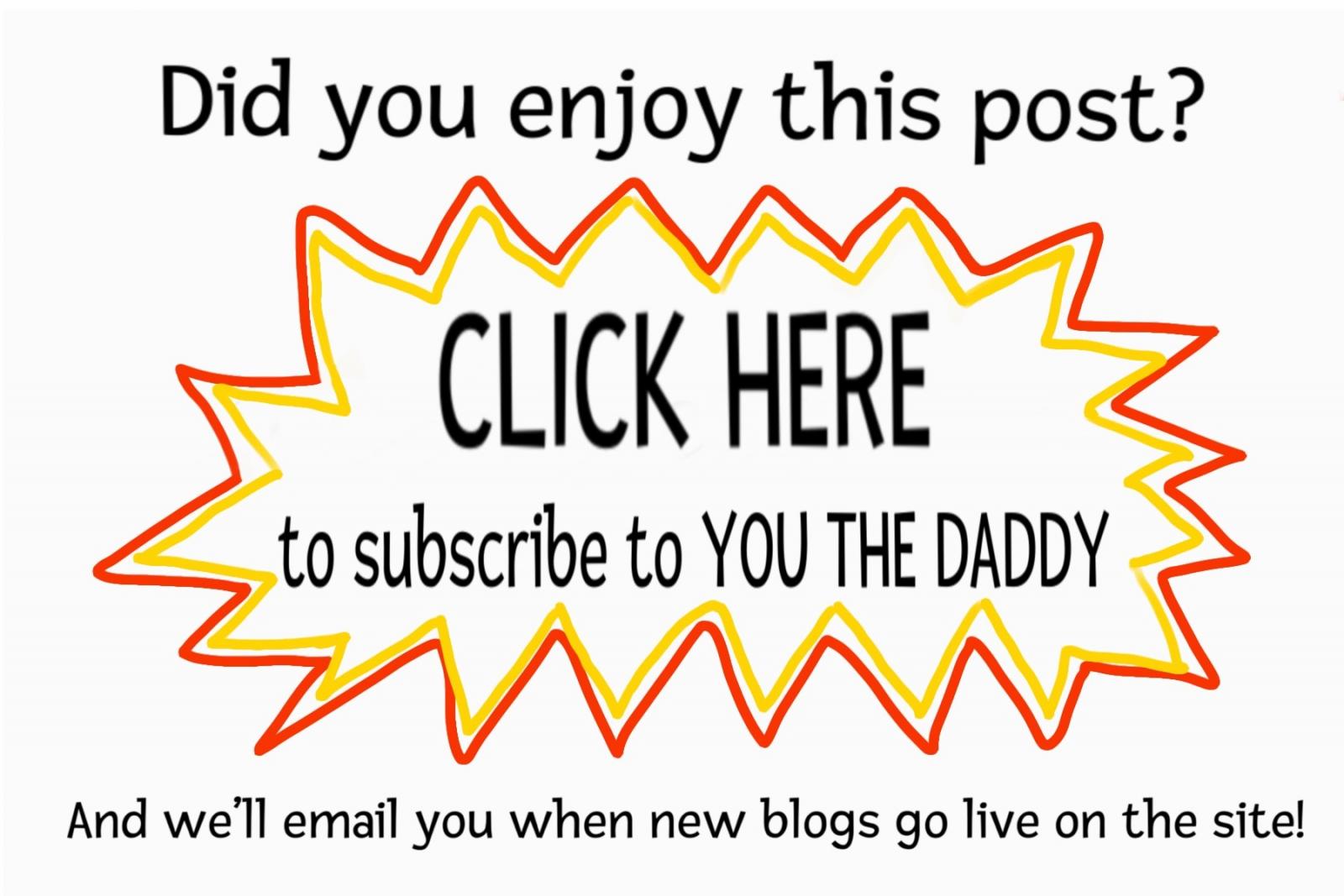