It doesn’t happen every day, but at the end of an exhausting week, it’s a debate that often takes place between knackered, emotionally-charged parents; who has the tougher job? The working parent or the one left at home with the baby?

As a working parent myself, I have to admit…I do sometimes feel like I’ve drawn the short straw. Leaving for work most days before my wife and baby are even stirring. Commuting for an hour to the office to spend the next 10 hours dealing with ‘demanding’ clients and colleagues, while missing out on all our baby’s treasured hugs, smiles and ‘firsts’. To then have to get back on public transport, during rush hour, invariably missing bath time (my favourite part of the parenting day), for just a couple of hours of awake time at home before the whole ruddy process starts all over again the next morning.

But then again, my wife’s version of events is rather different. While I’m off ‘gallivanting’ at work (living a life that’s no different – really – to how it was before we became parents), she’s stuck at home, massively restricted by the baby’s strict routine, on her feet all day, chasing a toddler around the house while trying to contest with the joys of baby-led weaning. And in the few short hours that the baby actually sleeps each day, she’s not putting her feet up and watching Netflix. Oh no…she’s preparing the baby’s meals (and ours), washing and ironing, tidying up and generally ensuring that the house doesn’t burn down.

While both sides of the argument (clearly) make valid points, after a particularly shitty day, I think we’ve all experienced our own Freaky Friday moment; thinking we might have had an easier time of it all if our roles had been reversed.

But that’s all about to change. Because, regardless of which side of the fence you sit on, new research released today proves, once and for all, which type of parent does in fact have the tougher gig.

Brace yourself. I’m expecting 50% of the parents reading this won’t be too pleased with the result… 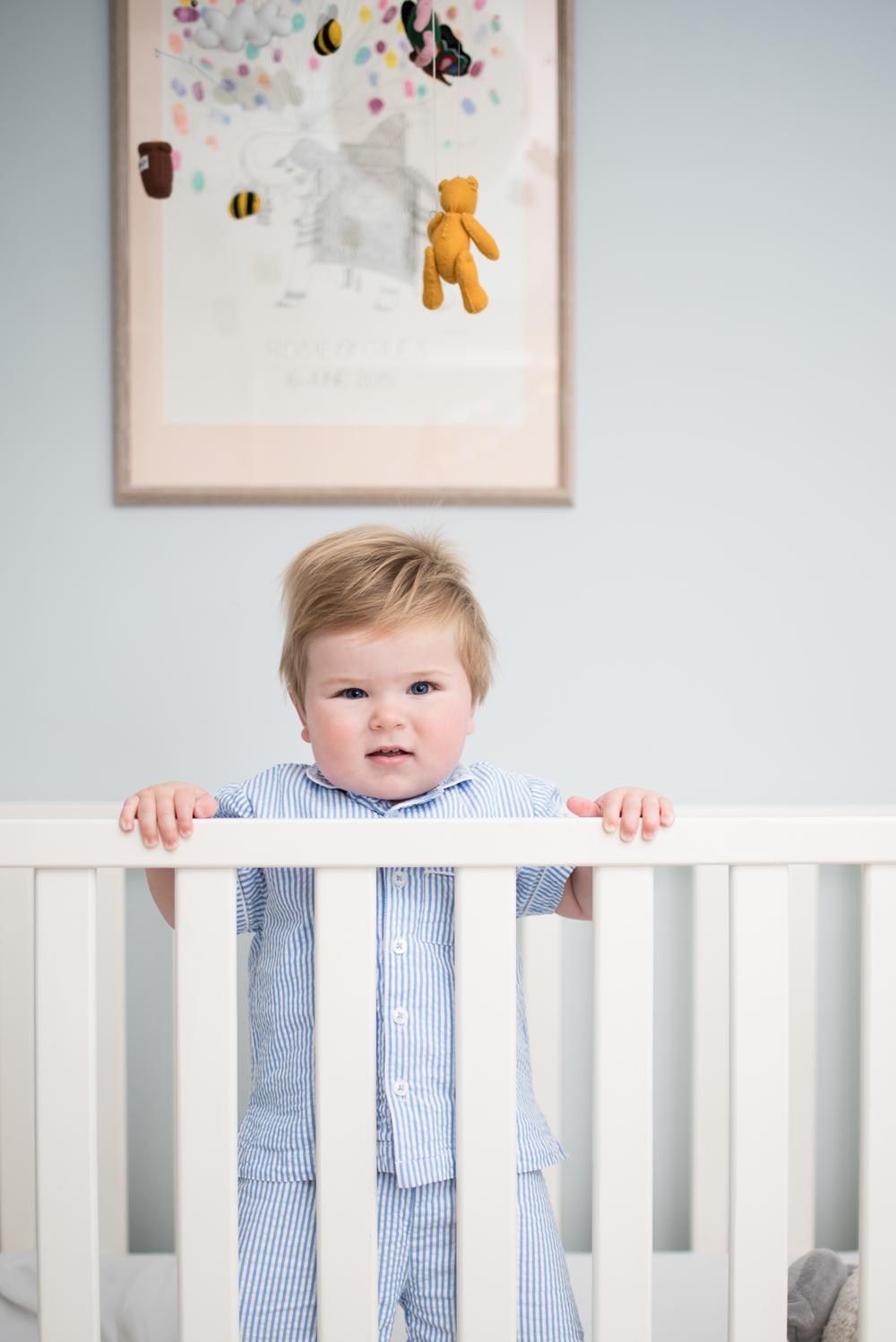 So, who’s looking after me today then?! Photo of Teddy by the brilliant London baby photographer Diana Pavlova

The Great Stay at Home vs Working Parent Debate

According to a new survey from Graco, stay at home parents spend an average of eight hours a day on their feet, with nearly a third (30%) spending more than 10 hours on their feet each day; the equivalent of walking nearly a whole marathon every week! Conversely, office workers (such as myself) – even those who regularly hit the gym (less like myself) – still lead a much more sedentary lifestyle, spending a meagre five hours a day up and about each working day.

According to Graco’s research, stay at home parents also get significantly less down time than your average working parent, with almost two fifths (39%) only finding time to relax and put their feet up once a week or less. By comparison, office workers spend on average six hours each day sitting down, while naturally enjoying more of life’s little luxuries; like eating out regularly and getting the chance to let off steam on Wednesday/Thursday/Friday night ‘work drinks’.

But wait, there’s more.  On a normal day, office workers only have to carry on average 5kgs of weight to and from the office, with very little heavy lifting in between.  On the flip side, your average stay at home parent carries an average of 6kgs most days (whether that be changing bags, prams or groceries) PLUS the additional weight of lugging a baby around (roughly 11kgs for a one year old toddler) for, on average, around two hours each day… 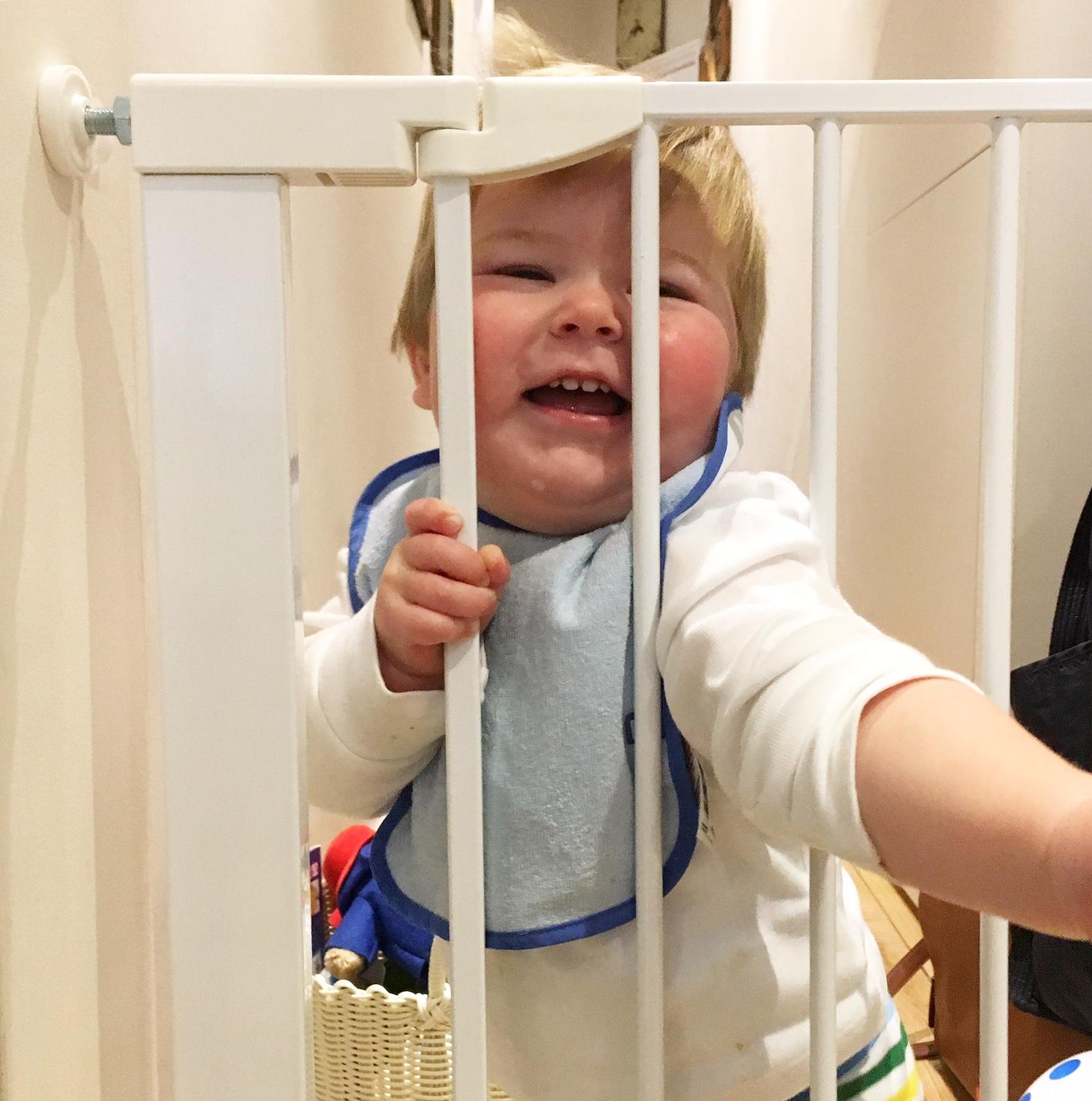 As if that wasn’t evidence enough, I’ve been putting these claims through their paces over the past two weeks, by tracking my every step with my Fitbit to compare my activity levels on office days versus weekend parenting days. And unfortunately (for me), the statistical evidence doesn’t do my working parent argument any favours…

Because, just like the research suggested, on days where I have been at work, I averaged 8,600 steps, with roughly 30 minutes of pulse-increasing physical activity each day. However on my weekends when I’m chasing Teddy around the house, I averaged closer to 13,000 steps daily in addition to one hour of light cardio, just by doing my regular parenting duties.

So there we have it. Conclusive evidence that stay at home parents do indeed have a much more physically exhausting working life.

As a working parent myself, it’s certainly a hard pill to swallow (as nobody likes to lose an argument) but I’m afraid to say, if any working parents are looking for sympathy at the end of a hard week, this is one parental debate you have little to no chance of winning…

As a special reward for any stay at home parents who are feeling particularly knackered after reading this, our friends at Graco have teamed up with Tanith Carey, a life coach, parent and author of the brilliant book Mum Hacks, to exclusively share with you all her top 10 life hacks on how parents can make the most of their days at home with the baby. Follow these and you might not only save some valuable energy, but also see your parenting productivity skyrocket… Hope you find them useful! 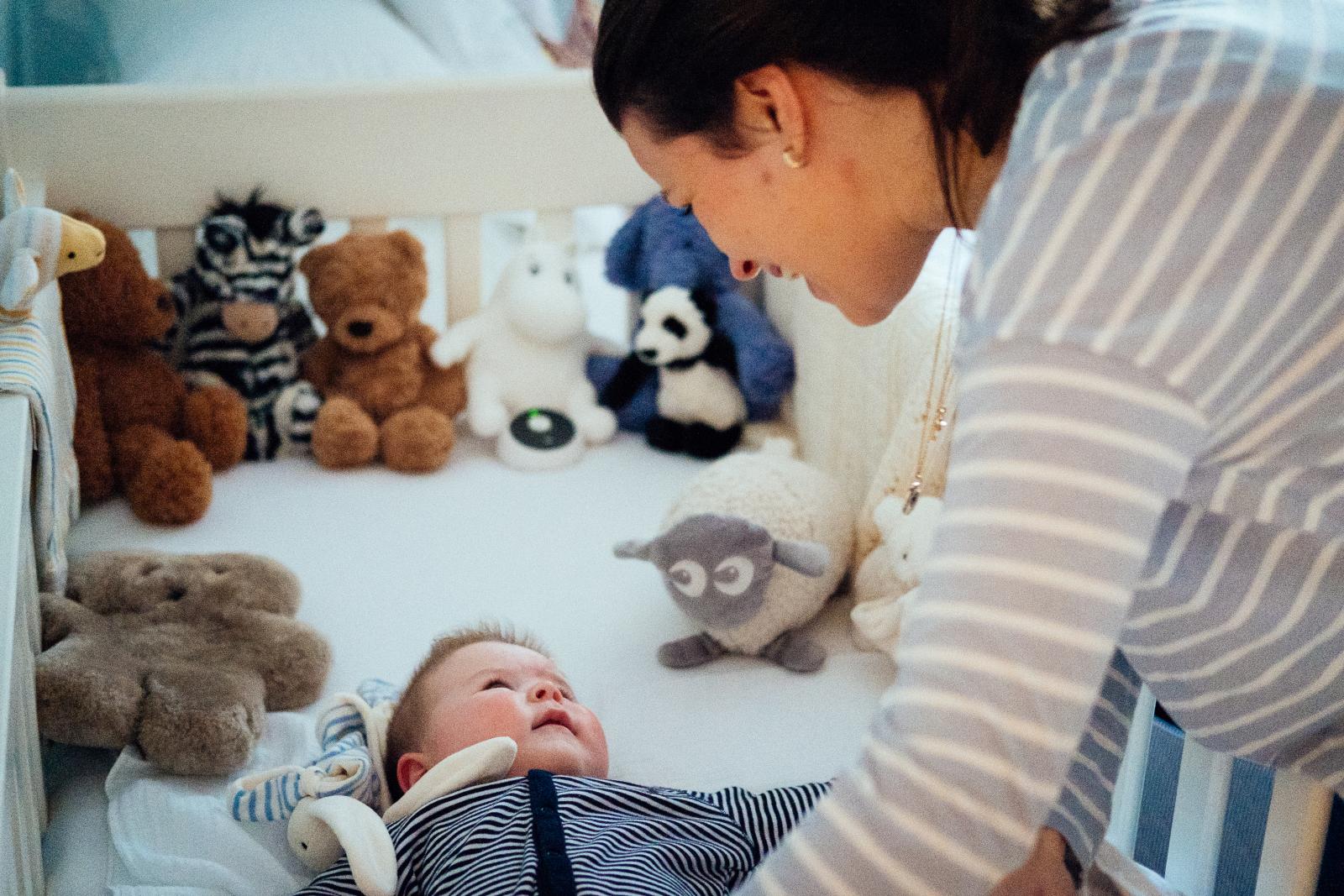 1. Forget bulky changing bags, which can turn into bottomless pits and get in the way when you’re on the go with a little one. When you’re racking up the miles behind your pushchair, free up your hands by wearing a backpack instead.

2. To give you the ultimate freedom to get out of the house whether you’re on a day-out, shopping, or climbing stairs, choose a light weight pushchair. At 3.6kg, the Graco Featherweight pushchair is thought to be one of the lightest in the world, about the weight of an average newborn baby, suitable from birth to 15kgs or approximately three years!

3. As we head into the Winter, the weather has already taken a turn for the worse. But if you’ve ever tried pushing a pushchair while holding an umbrella (if you remember to bring one out with you in the first place), you’ll know it’s anything but simple. So instead, keep a super-light, loose fitting, lightweight poncho at the bottom of your pushchair (with an all-important hood) to cover up. Choose one that’s roomy so you can slip it over your clothes quickly, which you can also easily fold up and pack away.

4 So you aren’t dealing with a fussy baby or impatient toddler at the bus stop, get an app on your phone so you know exactly when your next bus is coming (the one called BusChecker is my top pick).

5 Think about getting on at the less busy stops too, even if you have to walk a little bit further. It could mean you’re lucky and get the public transport holy grail…the sought-after pushchair space.

6. Before you head out shopping with your pushchair, make sure you don’t overload yourself, so get ahead of the game by snapping a photo of the inside of your fridge on your phone so you have an instant visual reminder of what you do (and don’t) need to buy. This will save you time and money on unnecessary shopping! 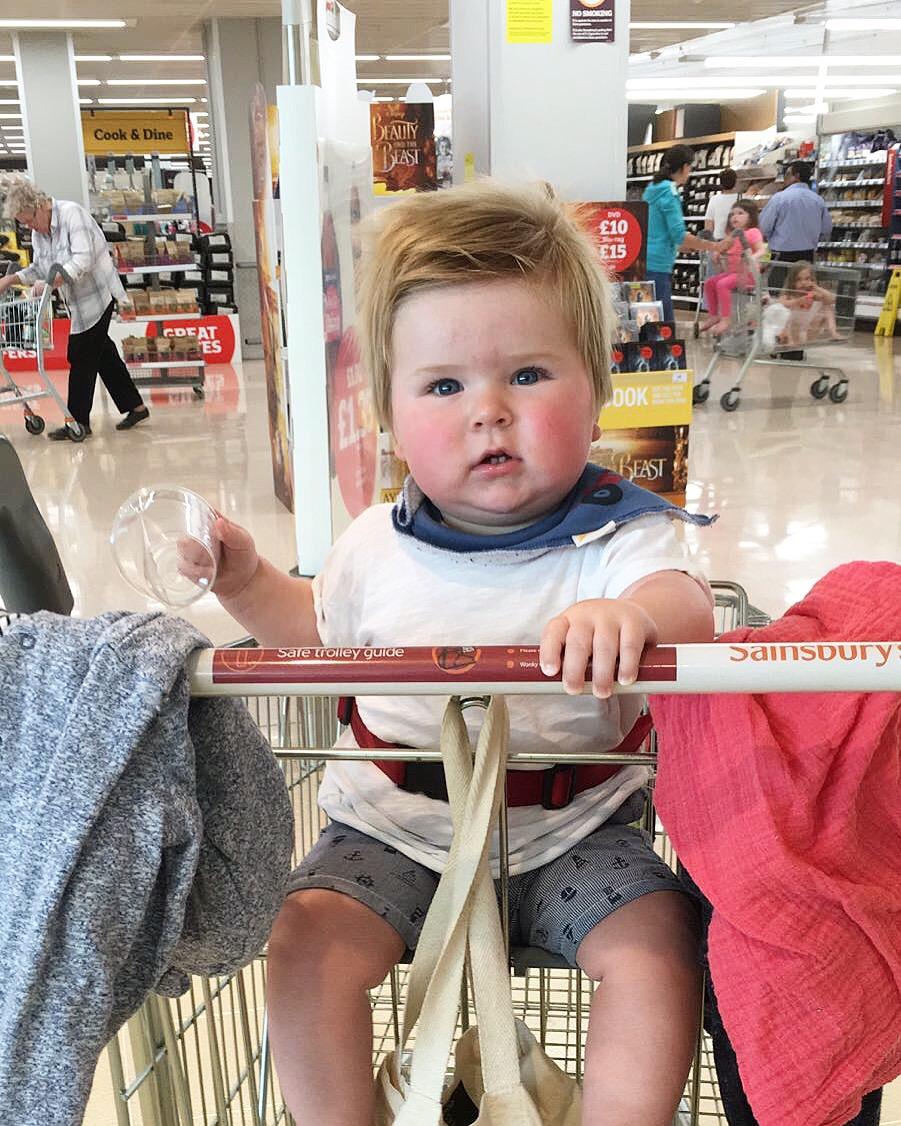 7. Go shopping at the quietest times of the day. Early morning is best…with young children, you’re more likely to be up than the rest of the adult population. Or, now that there are more 24-hour supermarkets, if you have a partner who’s at home, go at night when the kids are in bed to avoid stress, tantrums from bored children, and longer trips.

8. If you have to go to the supermarket with kids, make the deli counter your first port of call – and pick up any free samples of cheese or other snacks to keep children occupied while you shop.

9. Get friendly with your neighbours,  particularly any new parents who live on your street.  See if you can do errands for each other while you’re out and also swap child-care. Win win!

10. A young child in full flow can create a new mess every minute. So harness that natural energy with some reverse psychology, and make tidying up a game. Buy toddlers a mini-shopping trolley and suggest they go ‘shopping’ for toys.

So are you a working parent or stay at home mum or dad who has ever thought the grass would be greener on the other side? Do you think the research does indeed provide conclusive evidence or are there any other factors that should be taken into account? We’d love to hear from you, so please do share your thoughts and ramblings in the comments section below!