For new parents like us, every new week of pregnancy brings a world of new experiences, emotions and eating habits. But nothing quite prepared me (and my poor wife) for the highs and lows she went through during week 8 of our pregnancy.

Saving the best ’til last though, let me fill you in on the low points first…

Having worried previously about why my wife’s morning sickness was slow to start, in week 8 the classic first trimester nausea has come along in leaps and bounds (quite literally), causing serious discomfort to my poor suffering other half.

For her, the sickness comes in waves; first thing in the morning before she’s had breakfast, again just before lunch and then striking for a third time during the evening. Fortunately no vomiting (so far at least) but rather a feeling of severe motion sickness, which can’t be fun. 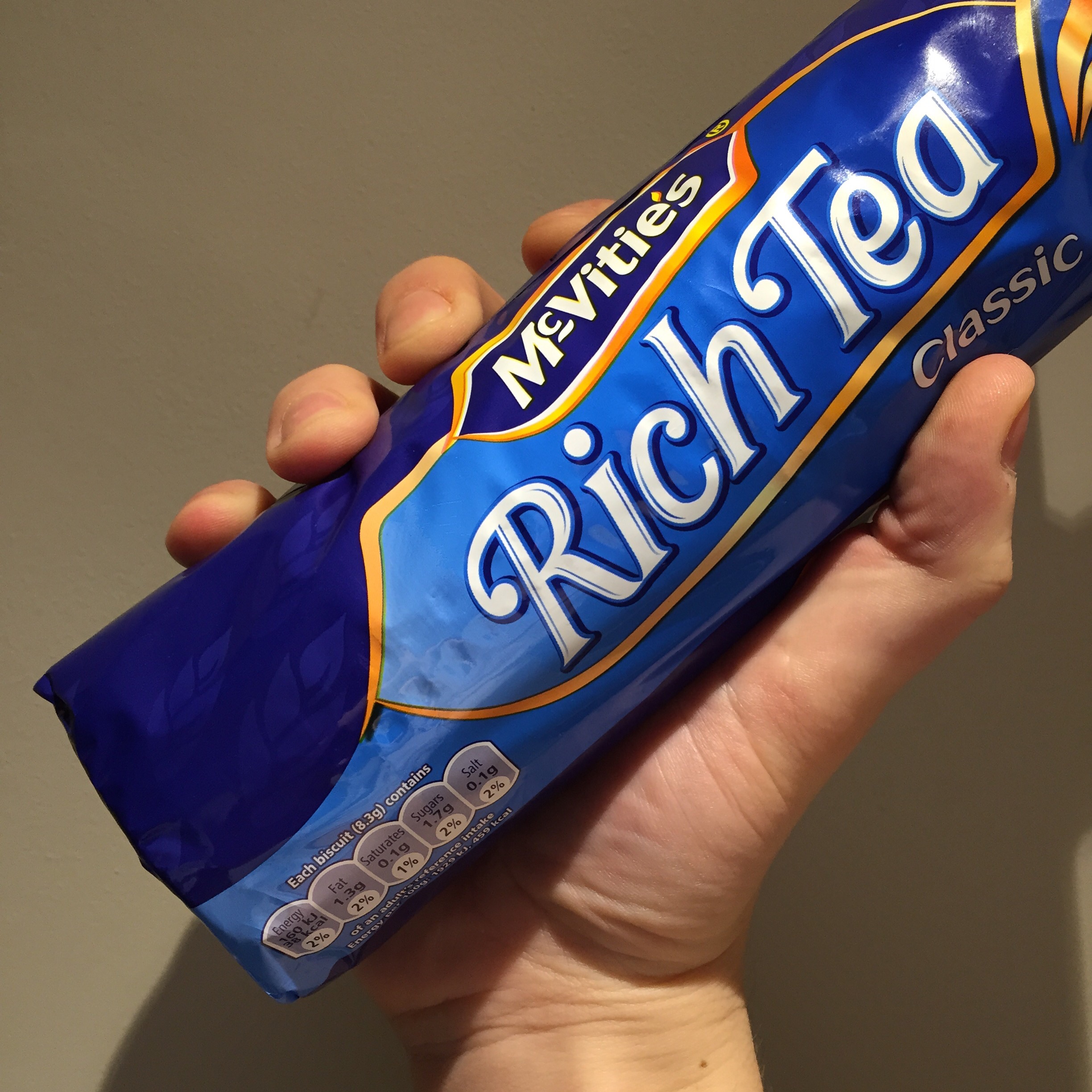 Generally, keeping her well fed has helped, with an early morning biscuit or two to tide her over before she gets to work (which I leave on her bedside table before leaving the house), followed by a hearty lunch (some might say too hearty, after her baby cravings led to her eating spaghetti with butter and cheese earlier in the week!).

But judging by most pregnant mothers’ stories, even the comfort of food is likely to stop being an option soon as the morning sickness progresses still further.

I’m pleased to report however that the much anticipated pregnancy mood swings have been mostly minor in magnitude, thanks (in large part) to my excellent negotiation skills (if I do say so myself) in addition to enforcing a strict 9:30pm bedtime for us both. I’m glad to share with you that this has also had the added benefit of addressing her chronic fatigue (a major and draining side effect this week) – I mean, she is growing a tiny human being inside of her, so if anyone deserves an early night…

For more on what actually causes pregnancy mood swings and my top tips on how expectant dads can help to reduce them, click here! 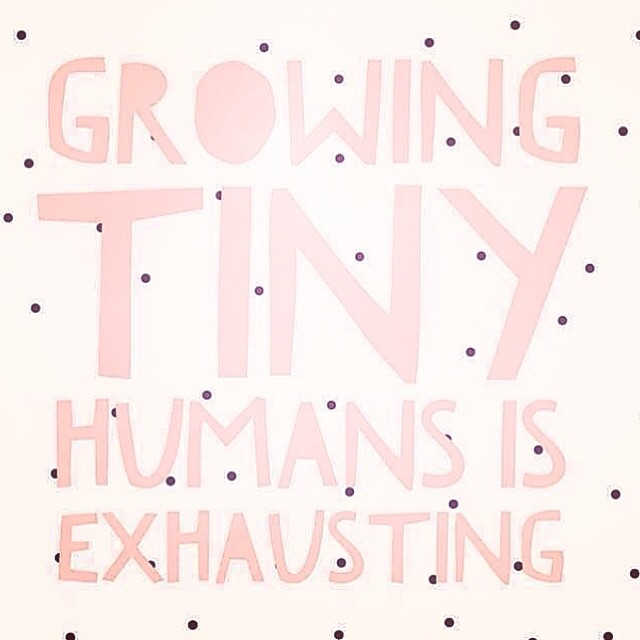 However, as a result of her tiredness, and despite her Herculean carb-loading efforts, exercise has proved to be an uphill struggle this week. Considering how fit a woman she usually is, our first run together as a couple since we discovered we were pregnant unfortunately wasn’t entirely successful.

With the baby causing my wife’s heart rate to work overtime (40% higher than normal apparently), combined with a significant reduction in her blood pressure (as is normal during exercise), she was quickly struck down by a severe stitch and shortness of breath, which meant we had to cut our speed down to a snail’s pace. Not exactly a confidence boost for her, but at least we did manage to complete a 2.5 mile jog, which is better than nothing. Clearly this baby is not a fitness fanatic…we shall persevere!

In more positive news, during week 8 we have both started to relax a little more in terms of our concerns about a miscarriage. Clearly the risks are still ever present, however our latest research has revealed that in week 8, your chances of miscarrying drop significantly to around 1.5%, while in week 9 (where we are now), this drops again to a tiny 0.5%. So while we aren’t out of the woods yet, we are increasingly hopeful that all will continue on as it should.

Finally, and most exciting of all, in week 8 we were at last able to get out first look of the baby with our very first ultrasound! We had been worried about the prospect of having an ectopic pregnancy – one where the foetus develops outside the womb, typically in a fallopian tube, and therefore won’t survive – something that sadly happens in about one out of every 100 pregnancies. 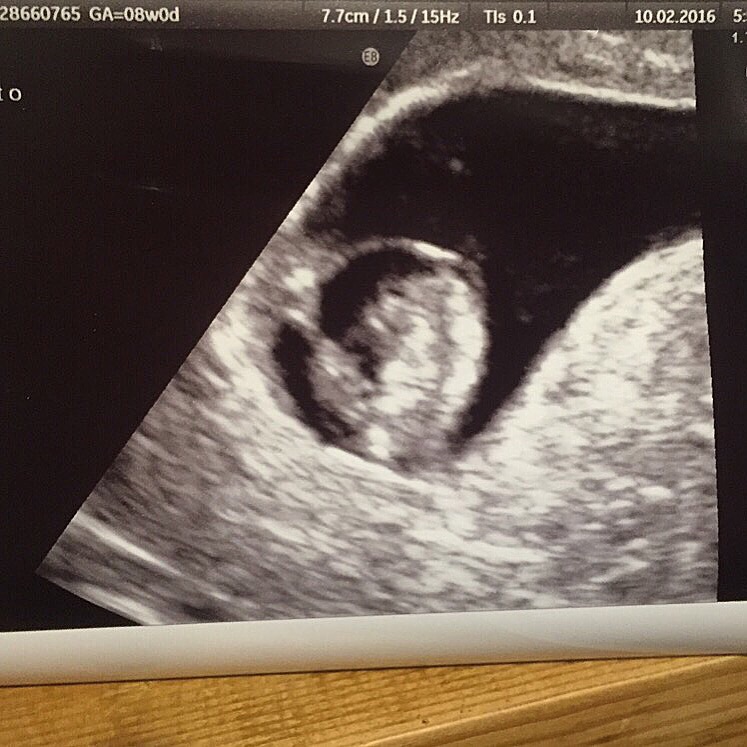 But after a quick internal examination (not what I was expecting!), the screen revealed that we are indeed pregnant, with only one baby (a relief!), with a very active heartbeat already, confirming that all is progressing as it should be. Such a relief and so amazing to have our first photo of the baby, or our little bean, as we now call it. I literally can’t stop looking at it…

So all in all, a mixed week full of some low lows but also some serious highs that we’ll never forget.

I hope you’ve enjoyed today’s blog. As always it would be great to hear about your experiences too, so please do share your stories in the comments section below.

And for more daily updates, do keep in touch with YOUTHEDADDY via our social feeds on Instagram and Twitter.