There’s nothing quite like picking out baby names to make you realise how many people you hate.

From that creepy old neighbour and evil school bully who haunted your early childhood to that bunny-boiling ex and work colleague who always wreaks of BO, finding a baby name that you and your other half both love (and that doesn’t have negative connotations with ghosts of your past) can be a veritable minefield. 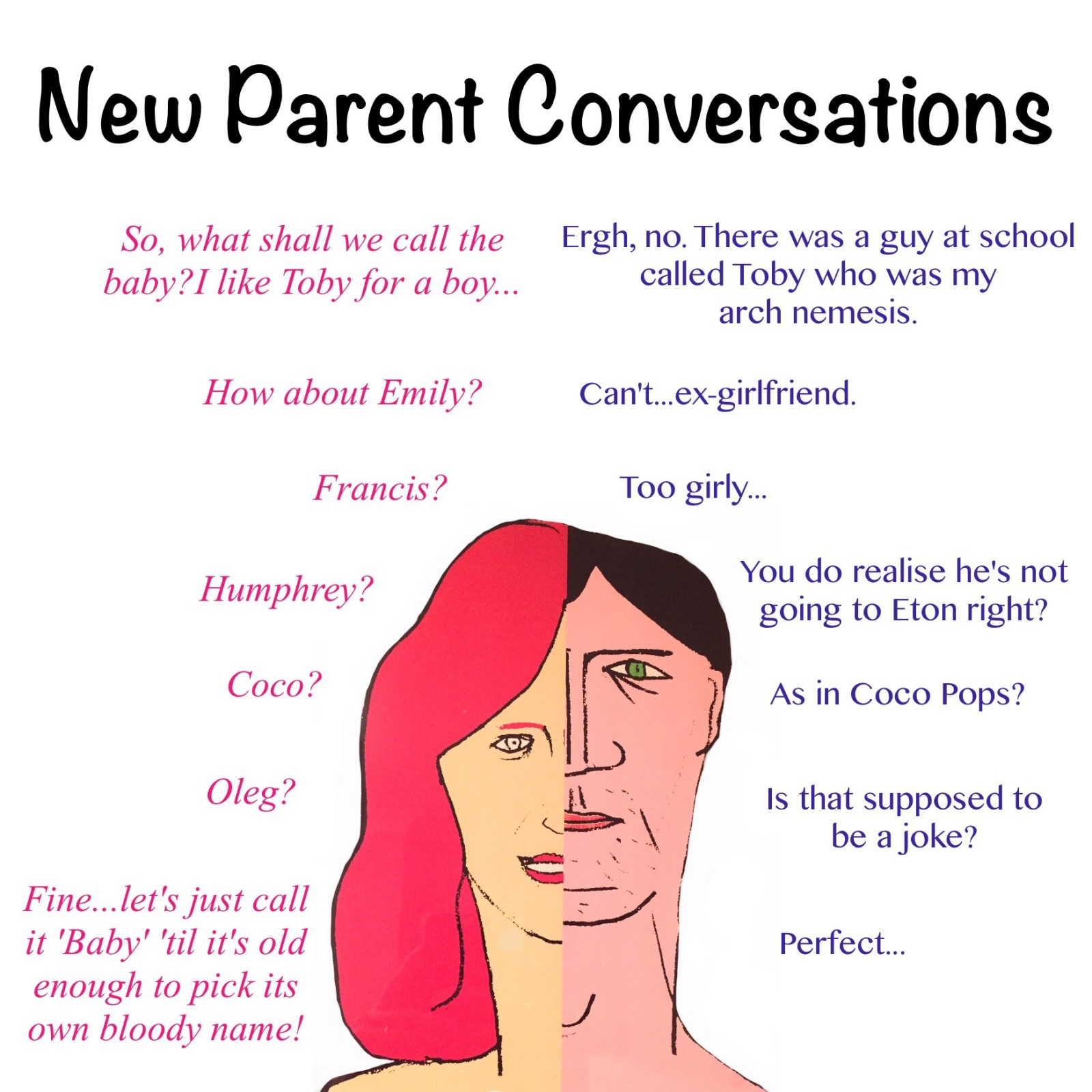 It’s no wonder therefore that growing numbers of new parents today are shunning the conventional lists of popular baby names and turning instead to pop culture in search of something more original (and relatively untainted) to name their pride and joy.

After all, your little one is unique and deserves a name to match.

Luckily, with popular culture offering up a constant flow of new characters, actors and celebrity names to choose from, on an almost daily basis, parents today aren’t short of inspiration.

Hit TV epic, Game of Thrones (GoT), is one of the most popular new sources of baby names among UK parents, with record numbers of girls in the past year being named after the show’s kick-ass leading ladies Khaleesi and Arya, the latter of which was chosen so many times that it jumped straight into the UK’s top 100 girls’ names during 2015. Even some of the more obscure GoT characters have recently started to get a look in, with four girls last year being named Brienne (after Brienne of Tarth, the badass warrior noblewoman) and 17 boys being christened Tyrion (after Tyrion Lannister, a loveable dwarf known best for his love of fine wine and prostitutes). Something for the little tykes to aspire to, clearly.

This concept, however, is nothing new.

After reality TV series ‘Keeping Up with the Kardashians’ first aired in 2007, it quickly became a surprise hit, resulting in a massive surge in babies named after the show’s selfie-loving protagonists, Kim, Kourtney and Khloé.

Similarly big budget Hollywood movies have, for many years, been a source of parental inspiration, with characters like Logan (AKA Wolverine from the X-Men franchise) and Elsa (of Frozen / ‘Let it Go’ fame) rising sharply up the baby name charts after each film’s release.

And why the hell not? Throughout history, parents have always taken inspiration from the cultural icons and celebrities of their day.

Characters from religious texts have been a popular choice for literally hundreds of years. It’s no coincidence that Jesus’ 12 disciples have been well represented in the UK top 20 baby names since records began, and continue to be today…apart from Judas, for obvious reasons.

Meanwhile, royalty has provided a regular source of inspiration for new parents since the medieval times; a trend which is still going strong, with Princes George, Harry and William and Charles all ranking in the top 10 boys’ names in the UK today.

Ultimately, like all trends, baby names are cyclical. As time goes by, celebrity fades, TV shows end, and loveable characters are long forgotten, so while certain names inspired by pop culture may be thought of today as a novelty, it’s unlikely that they will be viewed this way forever.

So, whether you are a Towie fan, a GoT junkie or an X-Men obsessive, go nuts…there’s absolutely nothing unusual about wanting to name your child after someone or something you love.

However, don’t be fooled into thinking that there aren’t any limits on your creativity, as one French couple learnt the hard way in 2014, after their proposed name for their baby girl was rejected and subsequently banned by local registrars. Apparently, naming a child ‘Nutella’, after the famous hazelnut spread, was against her ‘best interests’…you have been warned!

Did you find naming your baby as stressful as I currently am? What were the weirdest/most unusual names that you or your other half rejected when naming your baby? Did you find pop culture was also a useful source of inspiration for baby names? As always, please do share your stories with the Group via the comments section below!