As many of you know, I am passionate about raising awareness of miscarriages, particularly among expectant dads, as unfortunately they are far more common than most of us realise. So, when I was contacted by Graham, a reader of the blog who wanted to share his story after suffering in silence through the pain of seven miscarriages, I was more than happy to give him the platform to do so.

You see, even in today’s modern world, there is still so much stigma around men and miscarriages, with very few expectant dads willing to open up and talk about their feelings. As men, we are meant to be the strong ones; keeping it together when everything around us seems to be falling apart. But as Graham so rightly puts it, having a baby involves two people – a mother and a father – with both experiencing the same sense of loss when things don’t work out as planned.

The emotional impacts of miscarriages on men are often overlooked.

It’s easy to see why. There is no physical impairment and, to the naked eye, the aftereffects are minimal. We’re expected to be the rock, the shoulder to cry on and, as the old adage goes, we keep calm and carry on.

Sadly, it’s not always that easy.

Our situation is quite different to that of the typical nuclear family. My partner has two children that live with us and I care for as my own. But despite the fact she has had two normal pregnancies, when it comes to us, we have been unable to stay pregnant for longer than nine weeks. 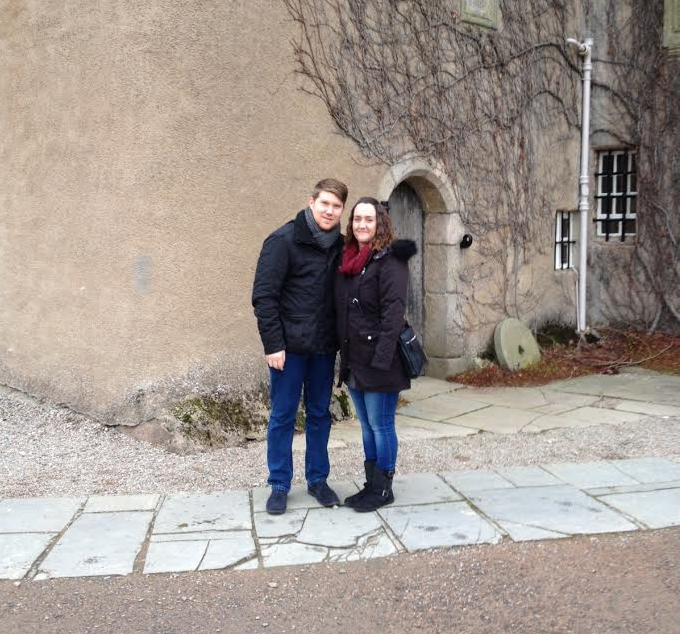 With the benefit of hindsight, one miscarriage was relatively easy to deal with. Kirsty fell pregnant unexpectedly about six months after we started dating.

Despite the initial “what on earth do we do now?” reaction, we dealt with it in the same way any responsible couple would do. We moved in together, settled down and lived as family.

Then came the date of our 12 week scan, and what was supposed to be one of the happiest days of our lives turned into the day from hell.

The scan showed that we had lost the baby approximately three weeks earlier. Medically speaking, this is what’s known as a ‘missed miscarriage; where the foetus dies but the body doesn’t recognise the pregnancy loss and therefore it doesn’t get picked up until your scan. Needless to say, we were shell-shocked.

We were back in the hospital the following day for the evacuation procedure. Most of that time I spent in an empty room, alone with my thoughts, while Kirsty was in surgery. I just sat there and cried my eyes out. I couldn’t quite understand how I could feel such an overwhelming sense of loss. Fortunately, everything went smoothly and she was discharged the same evening.

In the aftermath, our reaction was simply to dust ourselves down and try again. We assumed we would get pregnant again, sooner rather than later.

But it didn’t quite go according to plan, as it took nearly 18 months for Kirsty to reveal she was pregnant again. This time, I was a nervous wreck. I kept replaying the events of the previous miscarriage in my head over and over again. I couldn’t sleep properly and I had to take anxiety medication to counteract the constant worrying.

We arranged to go for an early scan to alleviate our fears and found that everything was going OK, which settled me down a bit. However, a couple of weeks later Kirsty told me she ‘didn’t feel pregnant’ anymore. I immediately arranged an emergency reassurance scan at a private clinic, only to find out that she was right. It had happened again, more or less identical to the last time – another missed miscarriage.

Just like the last time, we then went through exactly the same procedure. In some strange way, it felt slightly easier because I knew what to expect, like a carbon copy of our previous experience. But the aftermath was a lot worse.

The day after Kirsty underwent surgery for the second time, I returned to work and tried to get on with things in order to feel ‘normal’ again. If anything, it made matters worse; I was sat in an office 50 miles away from home and all I could do was replay the events over and over again in my mind.

The NHS refused to do an investigation until we had experienced three miscarriages, but thanks to our GP fighting our corner we were able to get a specialist to investigate. The gynaecologist prescribed some additional medication, but we are yet to see it work.

Since then, Kirsty has had five positive pregnancy tests in 13 months, the most recent being a few weeks ago. Four resulted in a miscarriage due to bleeding within a week or so of the result. The other was a bizarre turn of events where the gestation sac and yolk sac grew as they normally would during a pregnancy but there was no sign of a foetus. Our local hospital refused to treat this as a miscarriage due to the continued development, and told us there was nothing more they could do other than keep scanning; essentially sending Kirsty home to miscarry. Unsurprisingly, nature took its course and we were left to lick our wounds yet again. 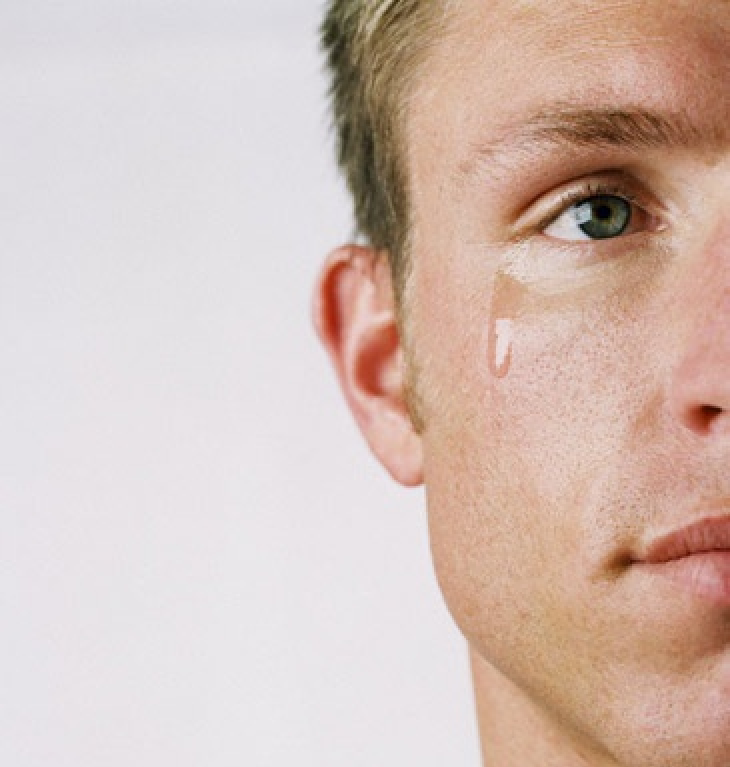 We are now in the process of seeking private help, having exhausted all our options with the NHS. We have both undergone tests and examinations, but are yet to find the root of the problem. Hopefully we might be able to get somewhere in time.

Throughout these events, I’ve found it difficult to talk about my experiences due to the stigma associated with men and miscarriages. On the occasions that I have opened up, I’ve been greeted with clichés like “things happen for a reason“. These people probably don’t mean to be insensitive but they are hardly words of comfort. Sometimes it’s better not to say anything at all.

The other problem I find is that people (especially doctors and nurses) are quick to ask about my partner’s wellbeing, but not me. I’m not meaning to be selfish or disrespectful by saying that, but having a baby involves two people – a mother and a father. Despite there being no physical pain, the emotional impact lingers on, for both of us. We deal with it together, every step of the way.

The reason I chose to write this now is because I feel more needs to be done to raise awareness of miscarriages, particularly recurring ones. My mood has suffered greatly with every experience and I needed to express my thoughts rather than keeping them bottled up. Reading Giles’ website inspired me to share my thoughts with a wider audience and, in turn, I hope that I can inspire someone else to speak out.

A big thank you to Graham for so bravely sharing his story with us today. It’s an absolute honour to feature it on YOU THE DADDY and I hope from the bottom of my heart that everything works out for him and Kirsty very soon.

If you too have experienced multiple miscarriages, I urge you to get in touch with Tommy’s, an amazing UK charity which funds research into the causes of miscarriage, stillbirth, and premature birth.

Last year, Tommy’s opened the UK’s first national research centre dedicated to preventing miscarriage and improving care for affected couples. If you would like to access treatment and support from the Tommy’s National Early Miscarriage Centre, or even participate in one of their research studies, your first step should be to visit your GP. Explain how you are feeling and ask to be referred to one of the aforementioned Tommy’s clinics as soon as possible.

Any if you have any words of support and advice for Graham, or can recommend any other charities which offer support to couples going through the same problems, please do share your thoughts and recommendations in the comments section below. 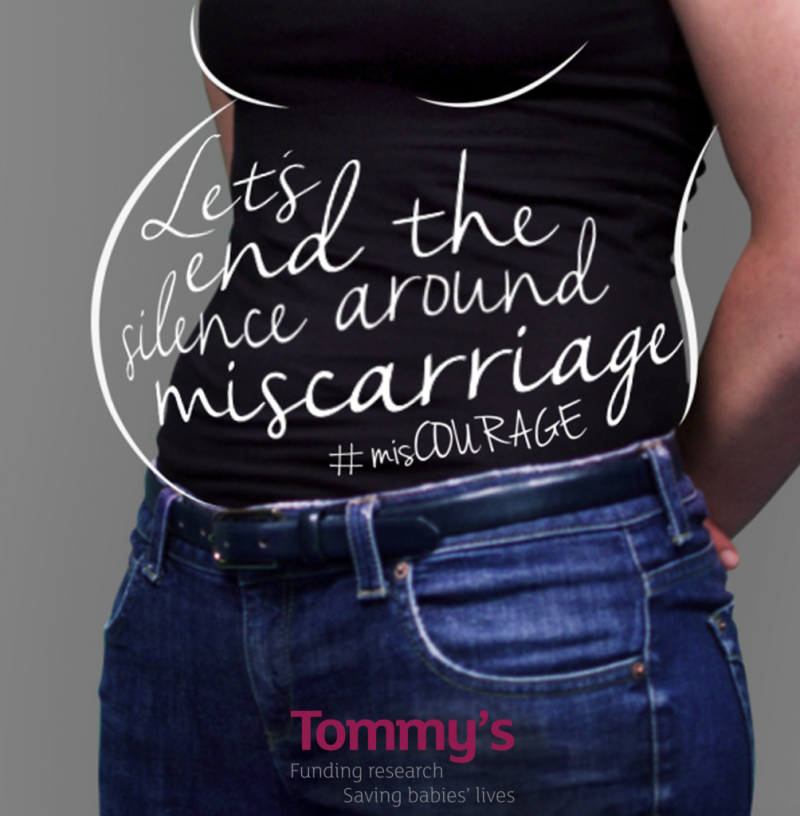