Like every room in our home, Teddy’s nursery has gradually evolved over time.

Of course, with this being our first baby, we had grand plans to transform our largely unused spare / junk room into a nursery fit for a prince / princess. A room that would be beautifully decorated, deep cleaned and full to the brim with all our most treasured treasures. But when our Teddy was born nearly a month earlier than planned, we were caught unprepared, and these ambitious plans were almost entirely scuppered.

And if we’re being honest, it still took a good few months before it really started to take shape.

Call me lazy, but my one proviso throughout was that, regardless of whether we had a baby boy or a girl, I was not going to repaint the room. It was already painted a nice sky blue (or for the Farrow & Ball fans out there, you’ll recognise it as ‘Borrowed Light’), which we figured would be suitably gender neutral for our needs.

Plus, before Teddy’s arrival, we’d at least re-homed our old double bed (replacing it with a single), erected a lovely White Company Sleigh Cot Bed that my sister had lent us, reupholstered an antique armchair which we found at The Market on Northcote Road, bought a second hand White Company changing table from eBay, and got half way through lime waxing our old pine furniture. So, thankfully, all the biggest items of nursery furniture were sorted in the nick of time.

Which meant that when we finally returned home from the hospital with our brand new babe in tow, it was time to start personalising the room with all the soft touches that really make a nursery a nursery.

As with any new arrival, we were inundated with loads of lovely gifts for Teddy from friends and family, that quickly transformed the room from a blank canvas into a proper baby boy’s room. And as lovers of tradition and things with a bit of history to them, we added to this some of our favourite toys, books, pictures and keepsakes from our parents’ attics, that we both treasured from our own childhoods. Finally, we scoured eBay, FARA Kids and SW Mums for the rest of the stuff we needed, finding some great bargains along the way.

And so, without further ado, here’s a sneak peak inside Teddy’s nursery, both for the curious among you and for any new parents looking for some fresh ideas for your own. Hope you like it! 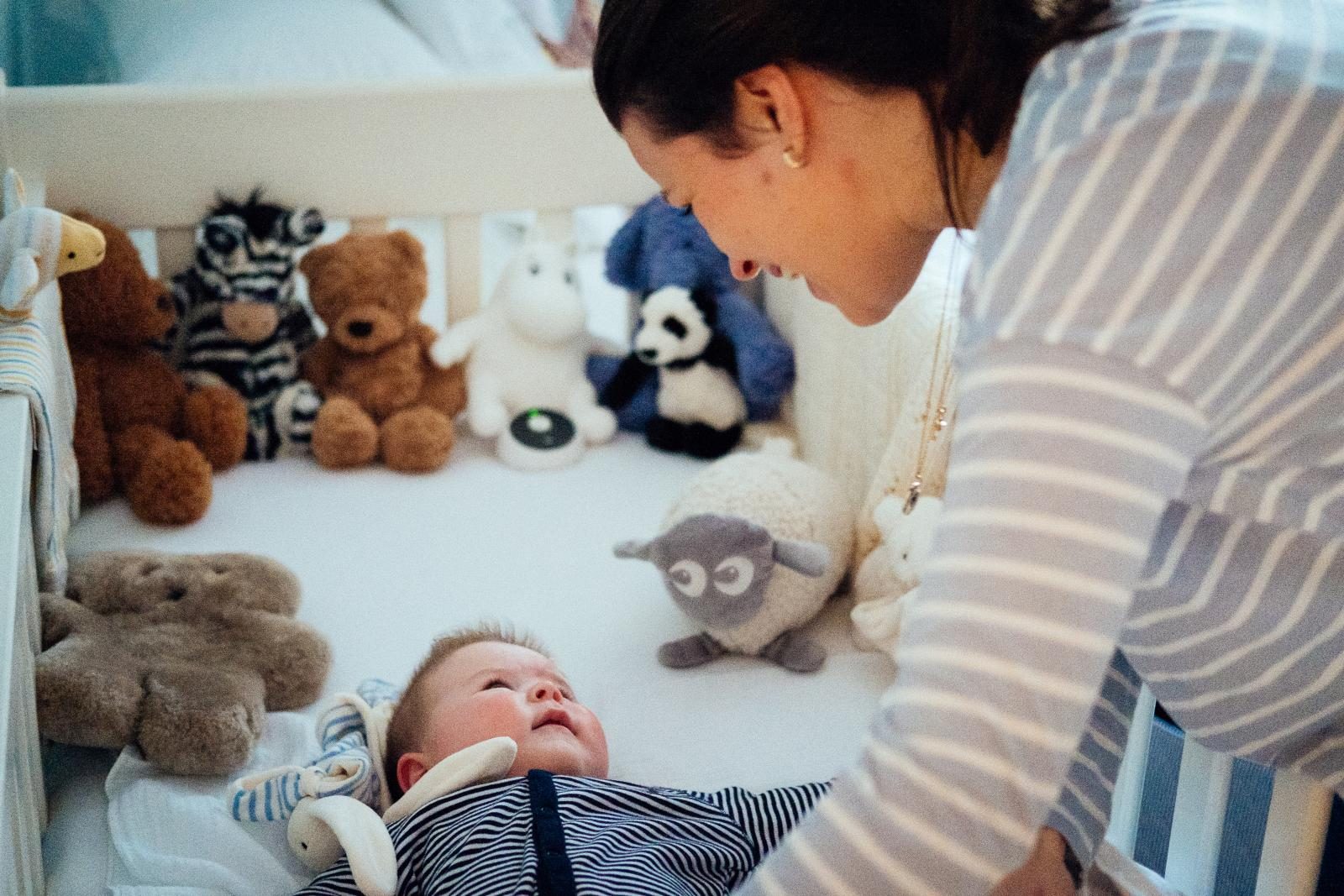 Teddy’s cot with his favourite bunny comforter, his FLATOUT Bear and Ewan the Dream Sheep 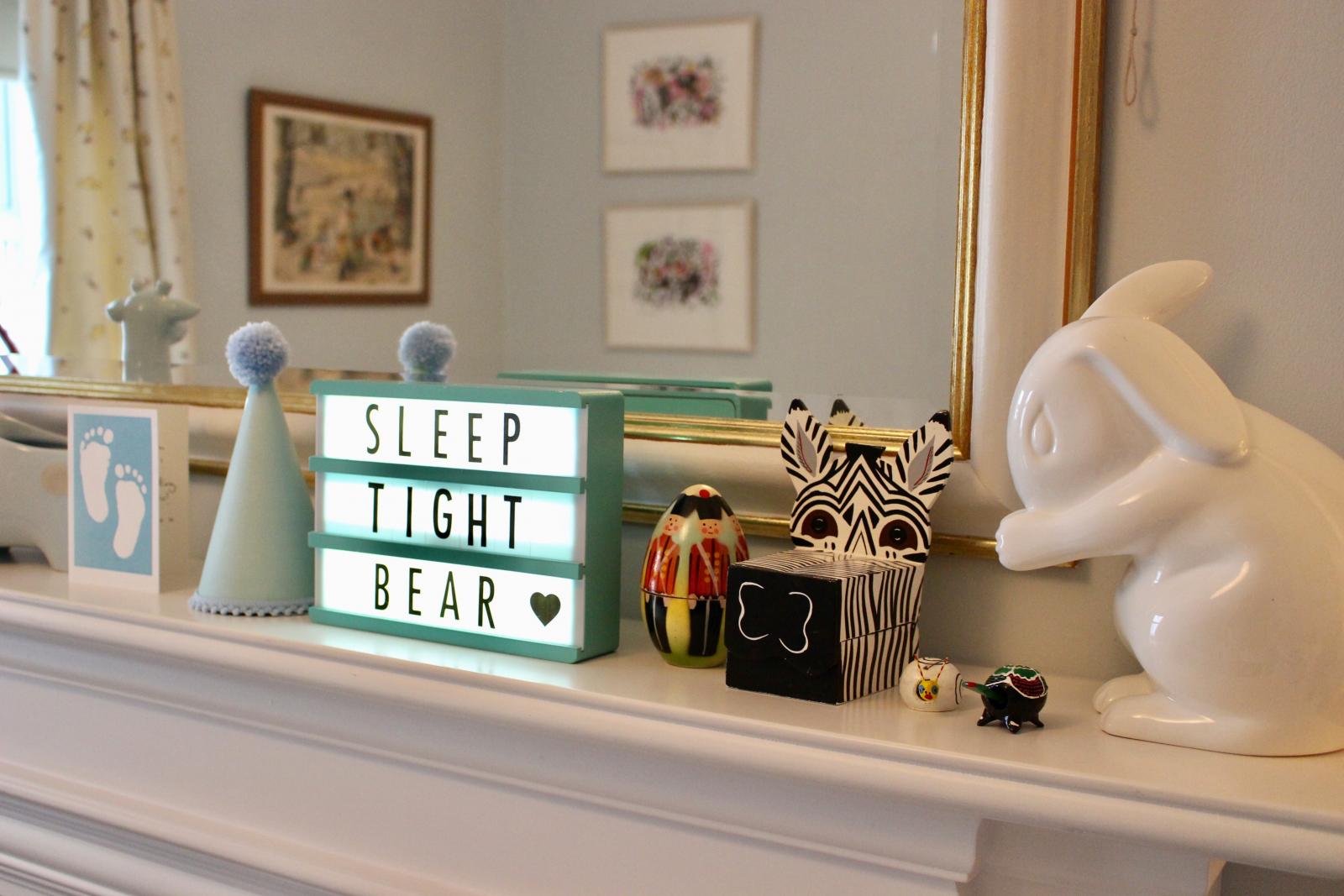 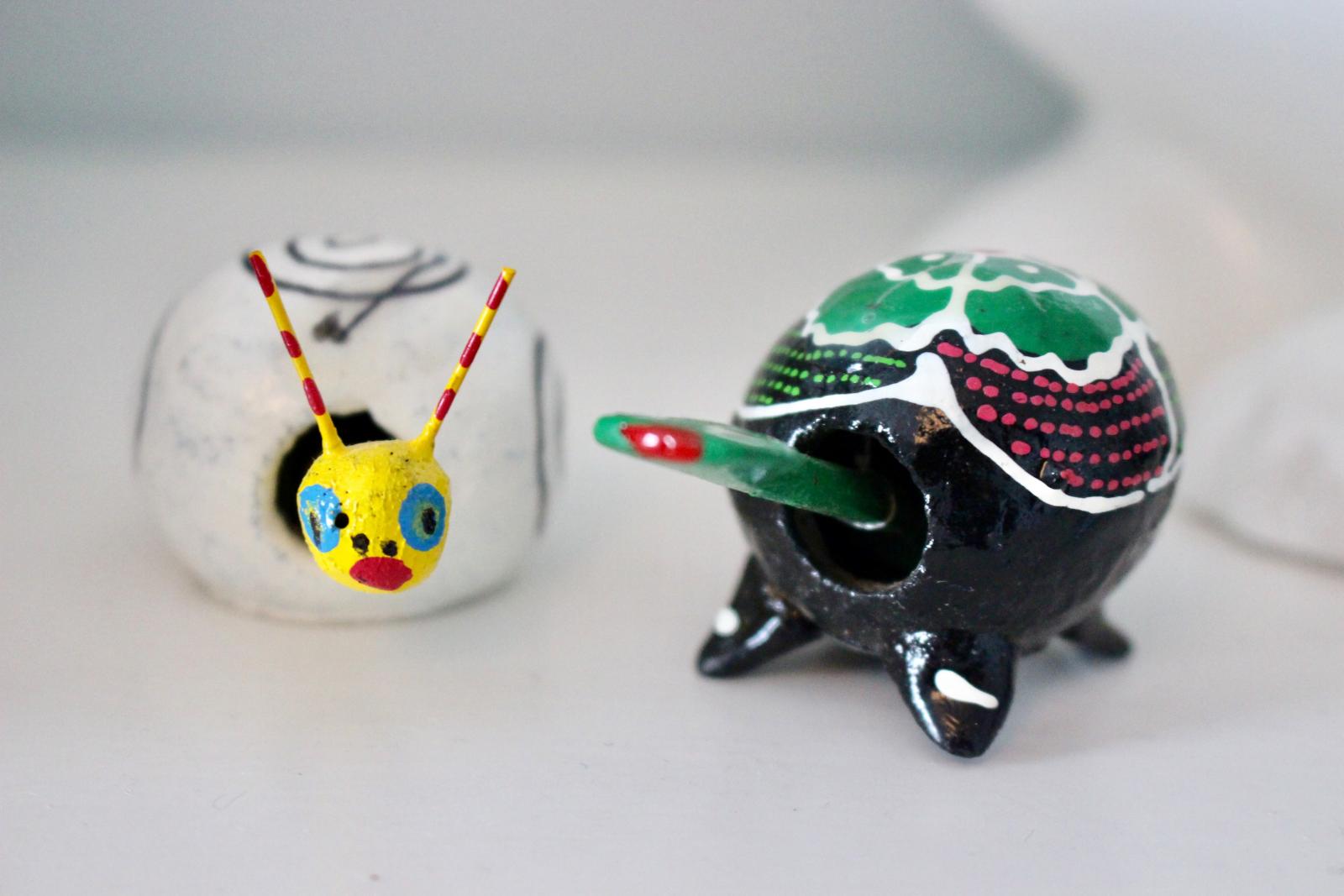 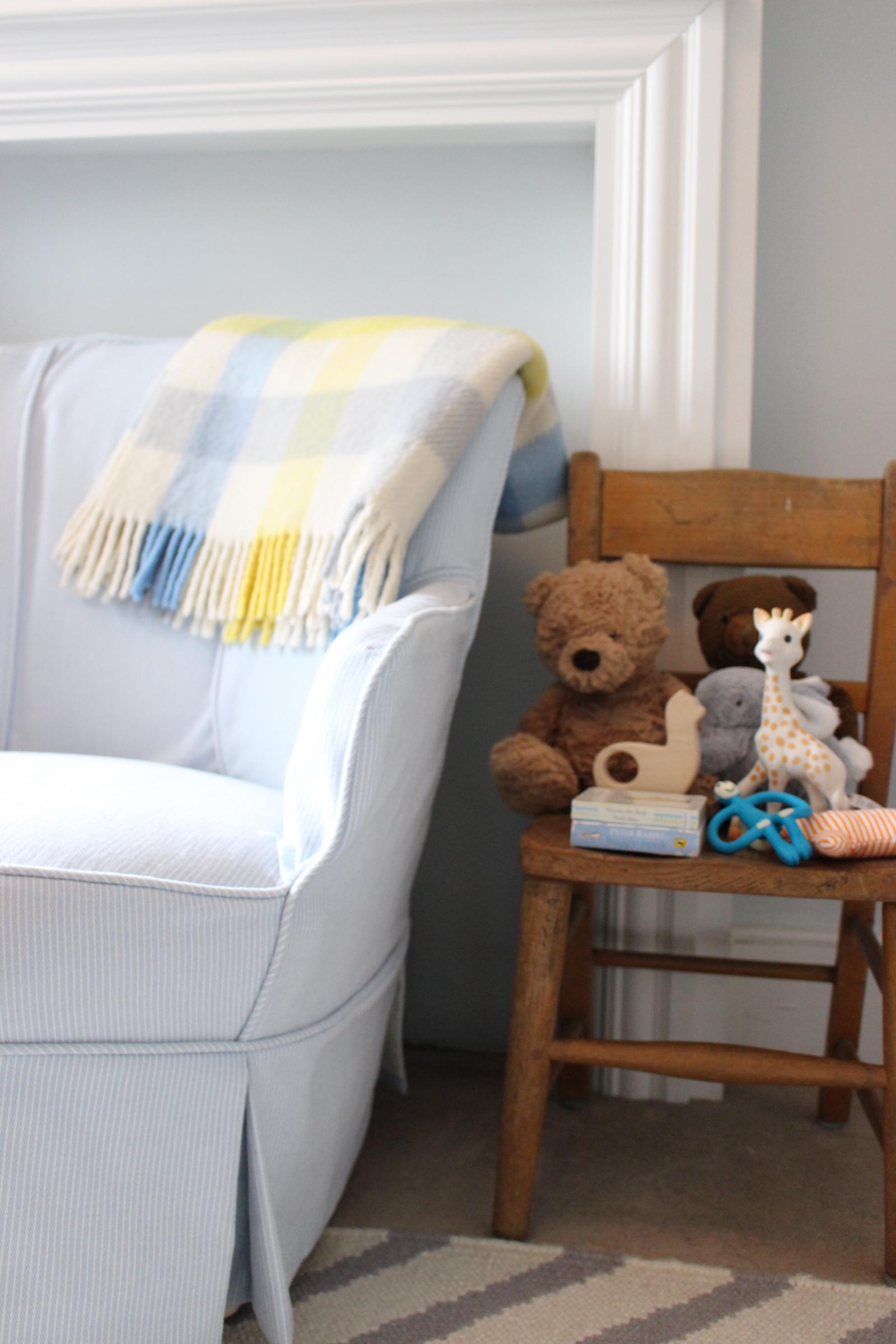 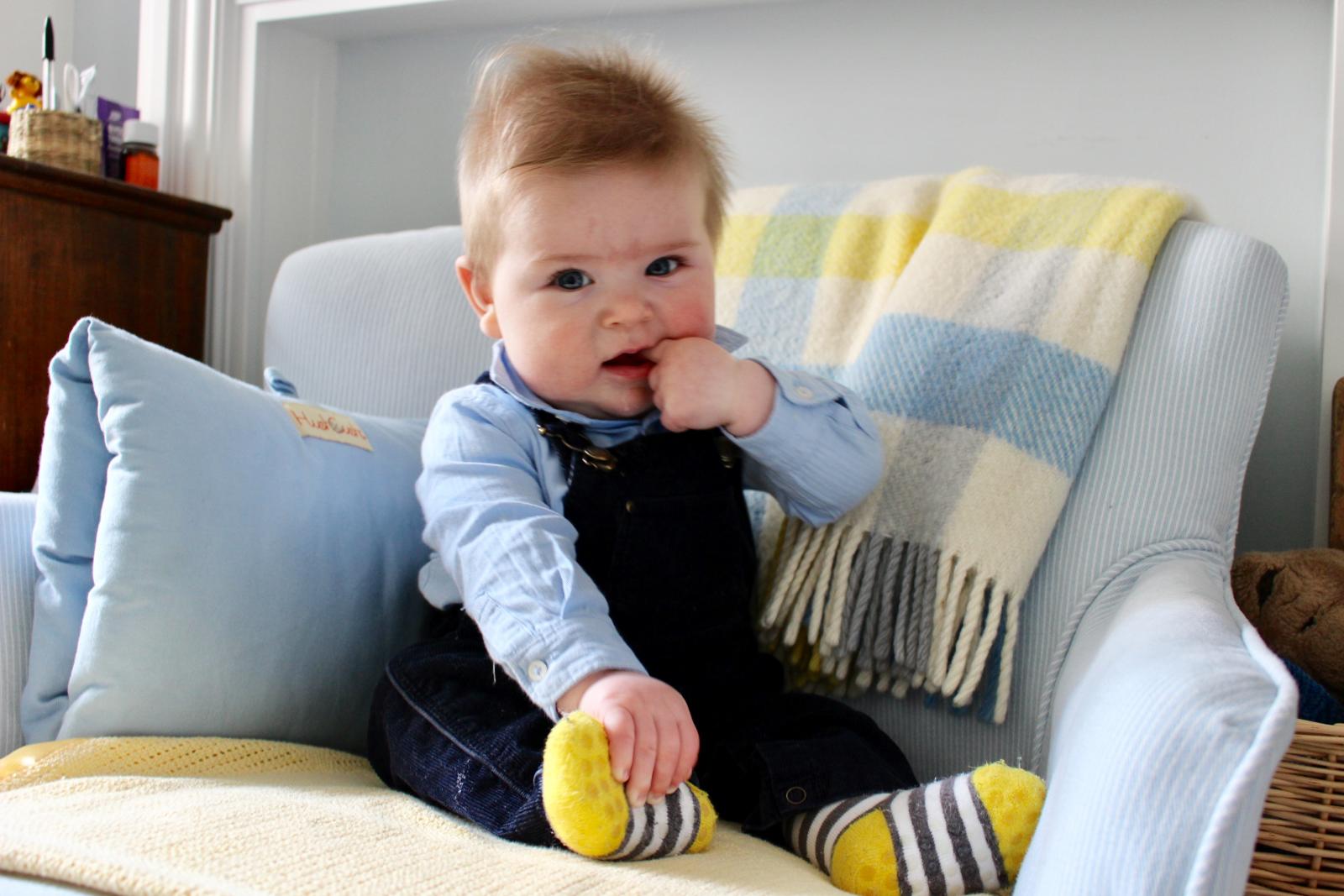 Ready for his bottle, sitting next to his HushCush feeding pillow 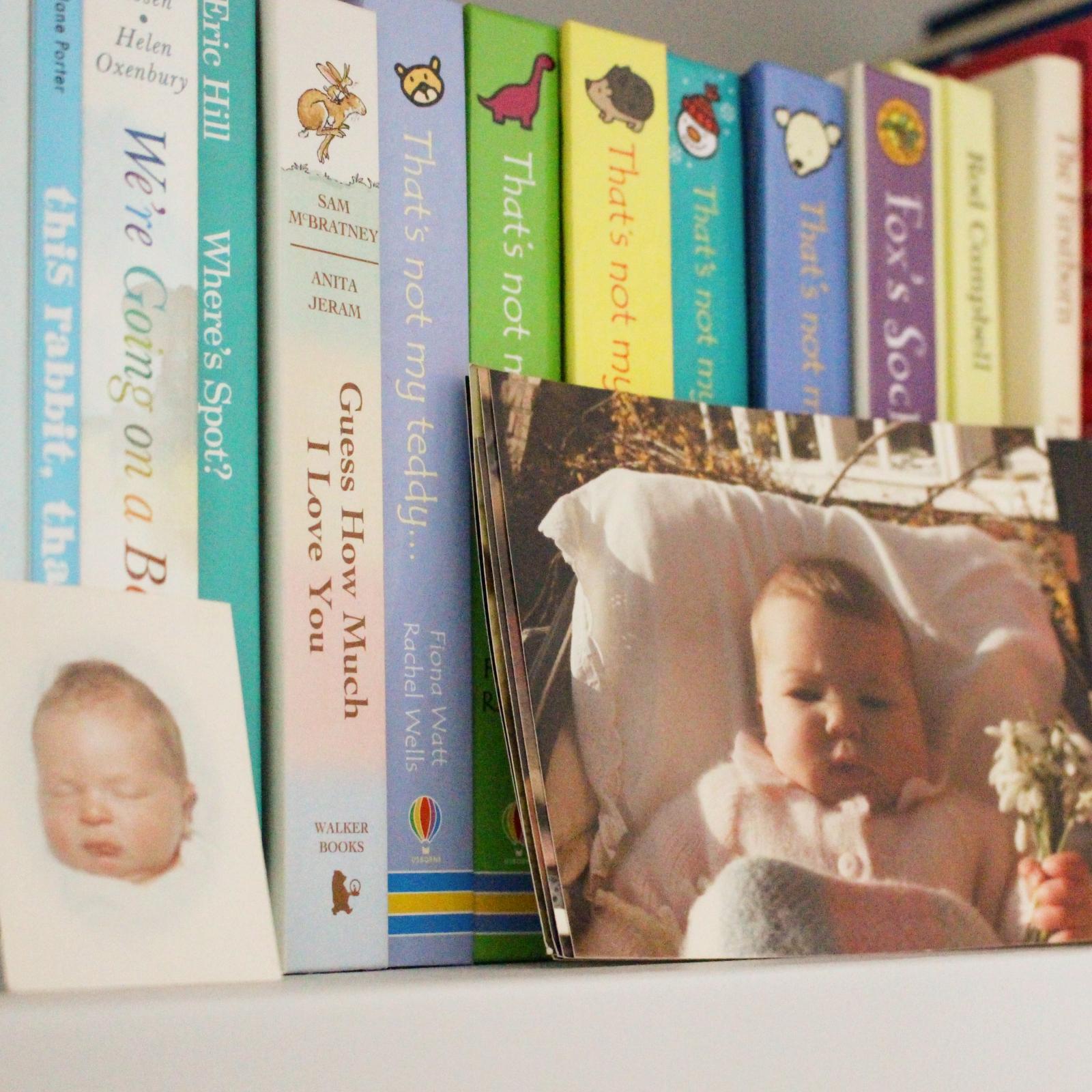 Just some of Teddy’s books, with snaps of me and Rosie from when we were babies 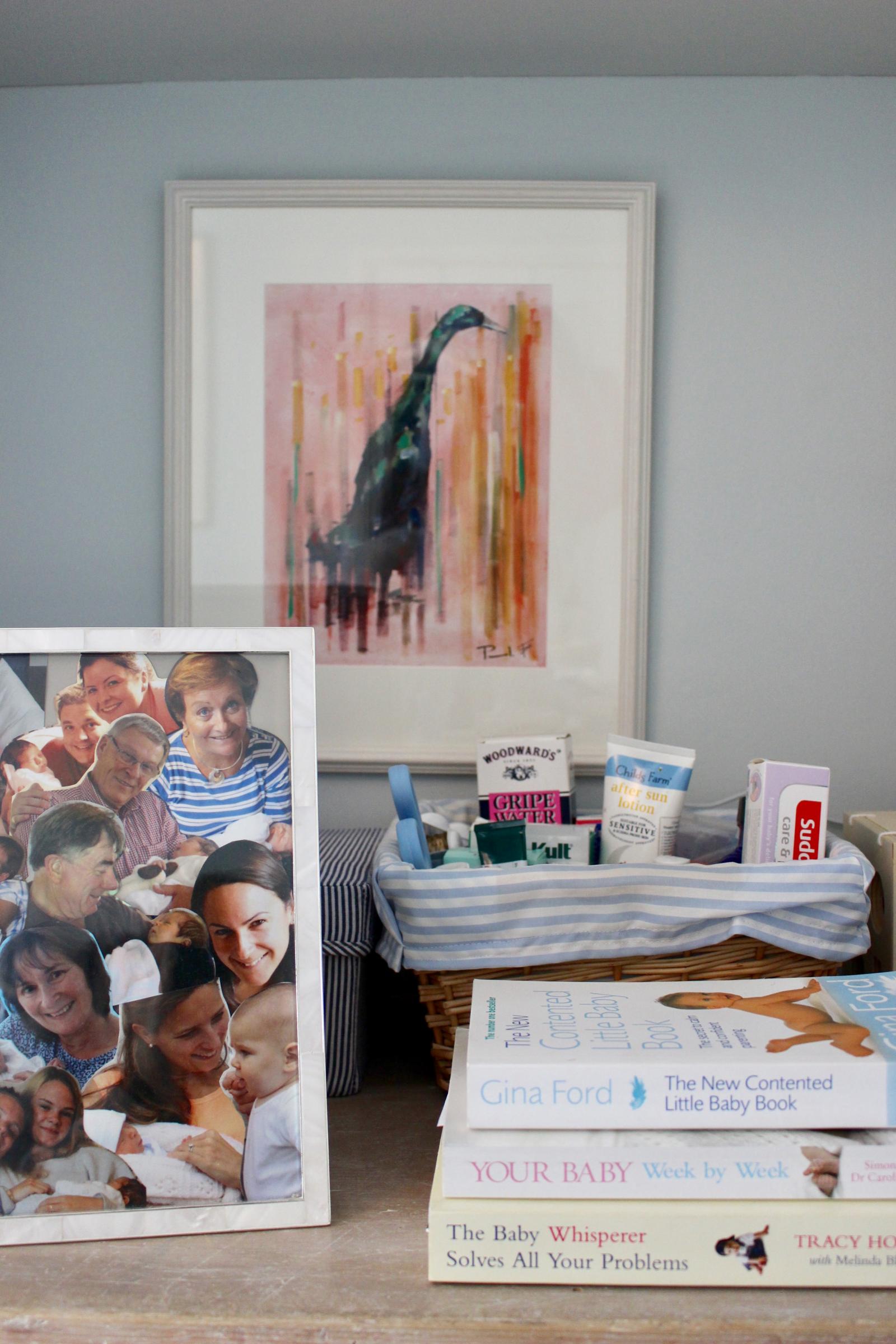 All of Teddy’s creams, medicines and ointments atop his pine chest of drawers, along with a collage of all the family and Godparents. Green duck print from the excellent affordable art website, Raspberry London… 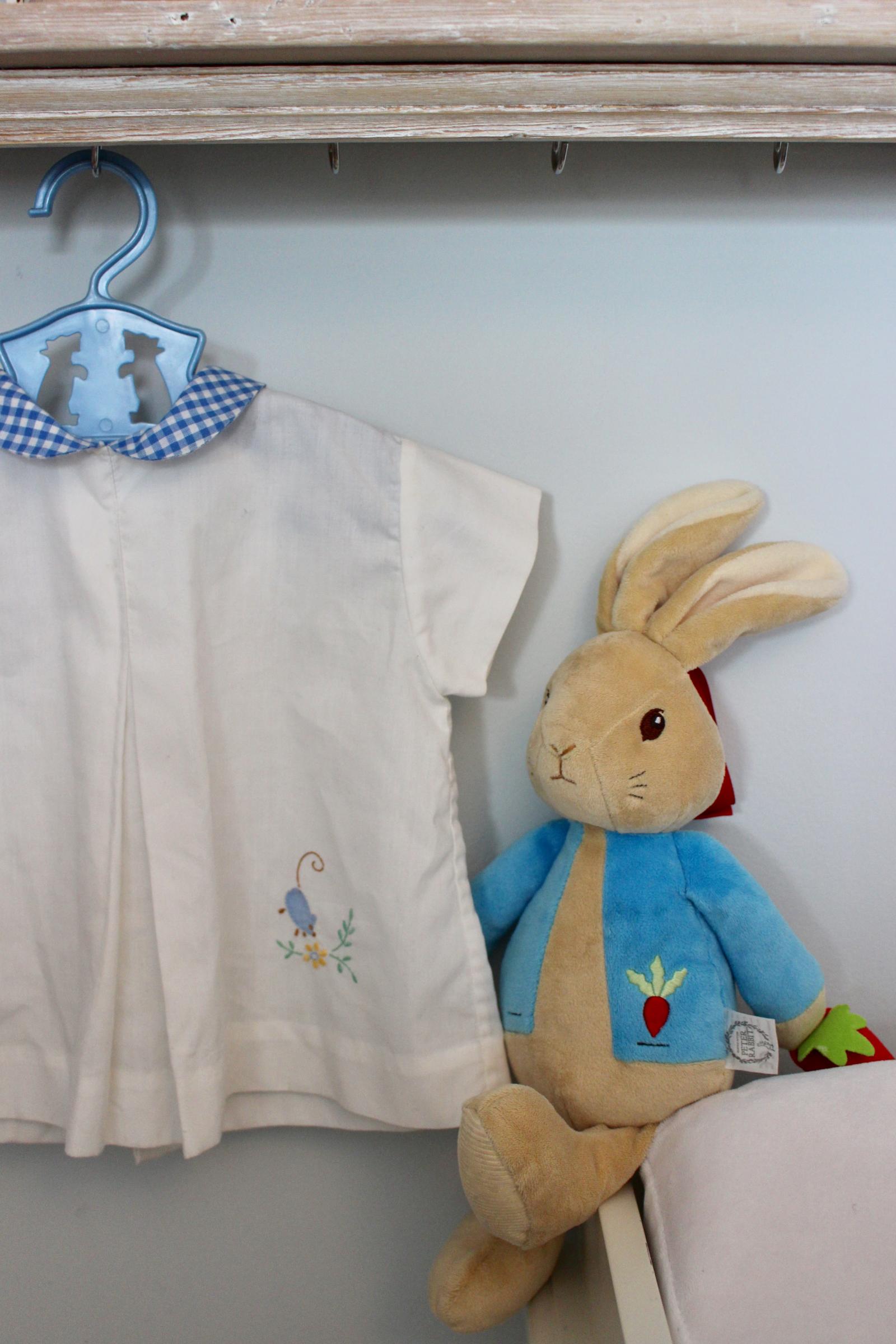 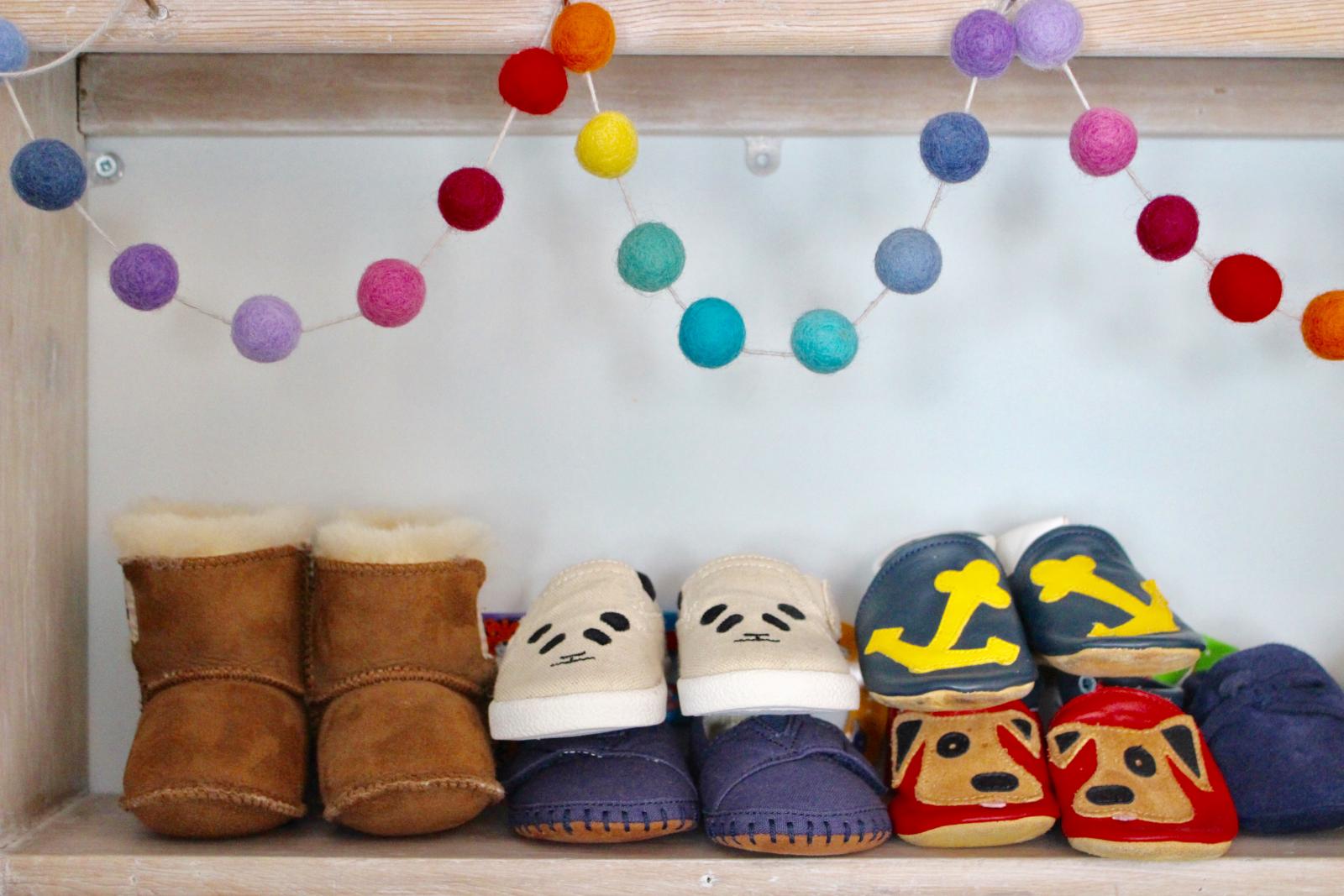 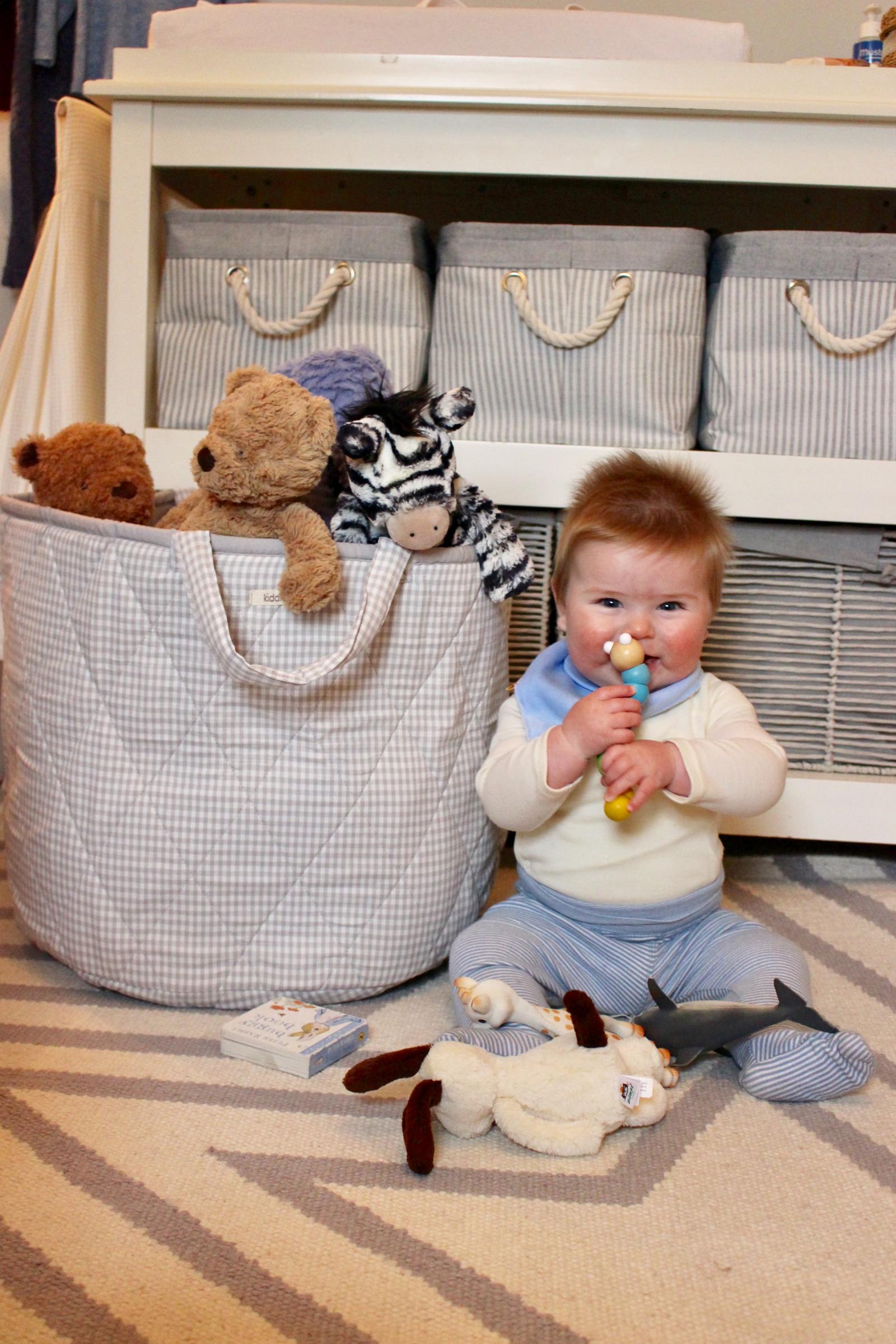 Little T’s grey gingham toy basket from Kiddiewinkles, full to the brim! Storage baskets were a great find from Dunelm… 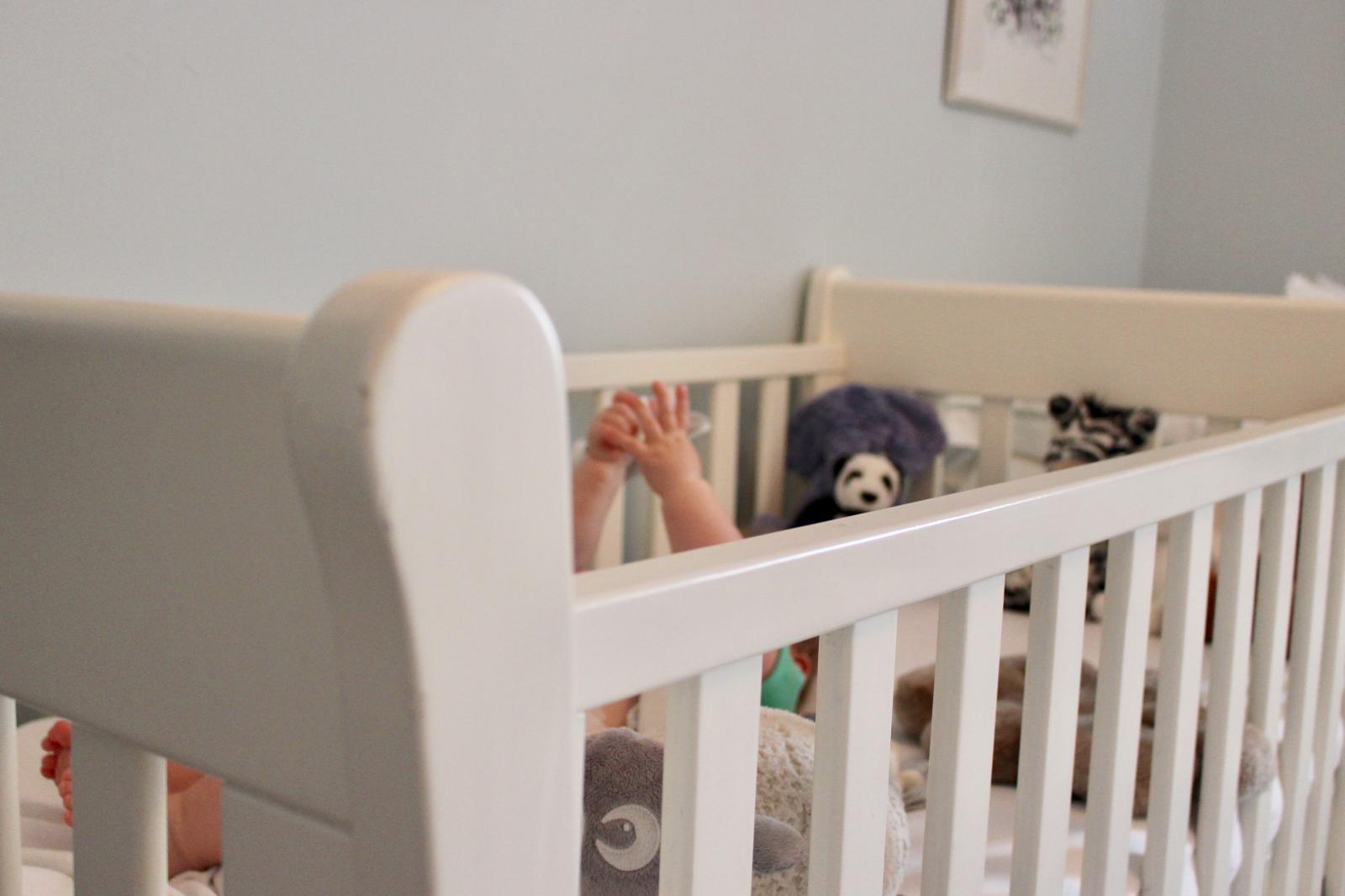 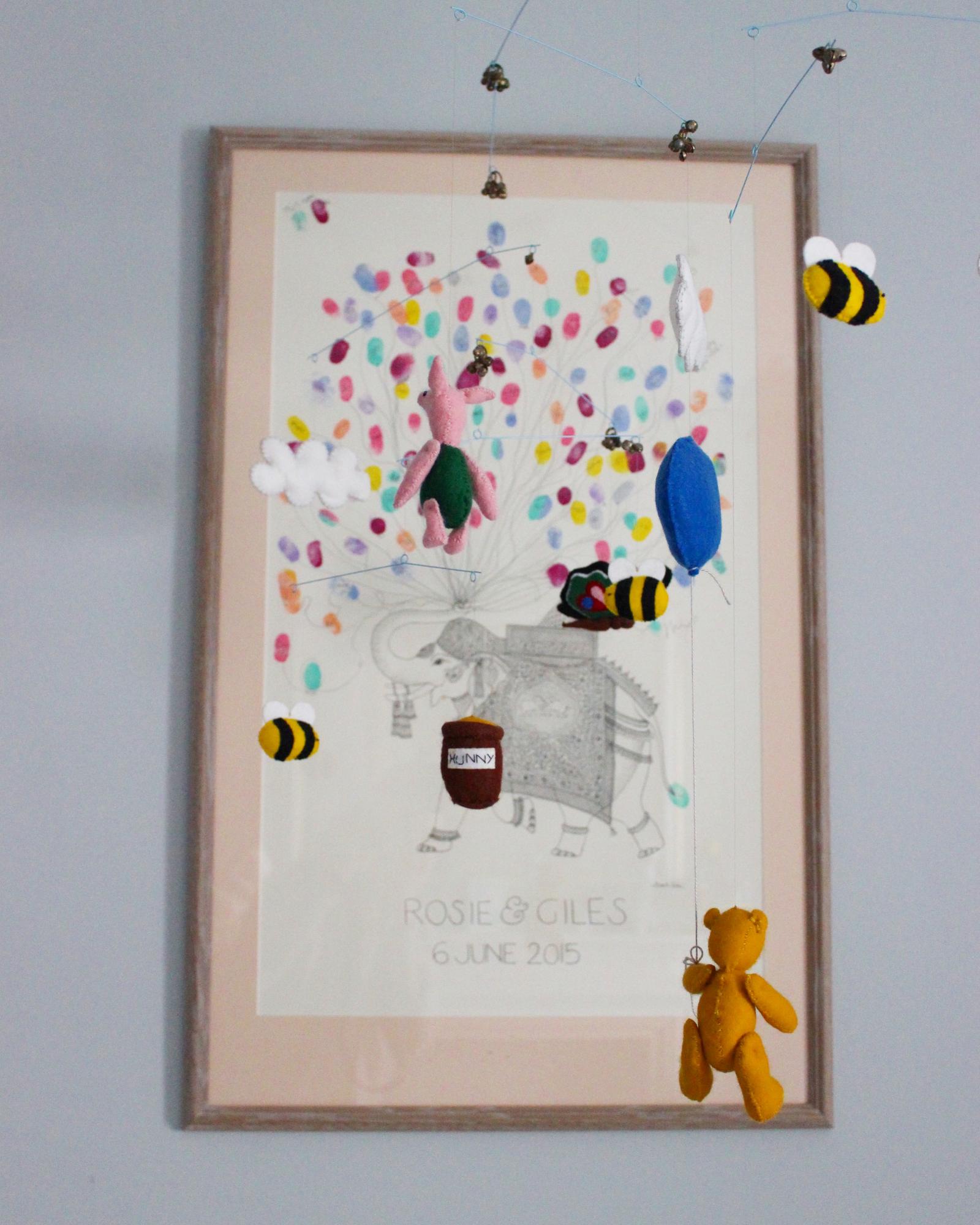 The most incredible Winnie the Pooh mobile that Rosie made from scratch, with the elephant painting that we made on our wedding day (every balloon was a guest’s fingerprint!) 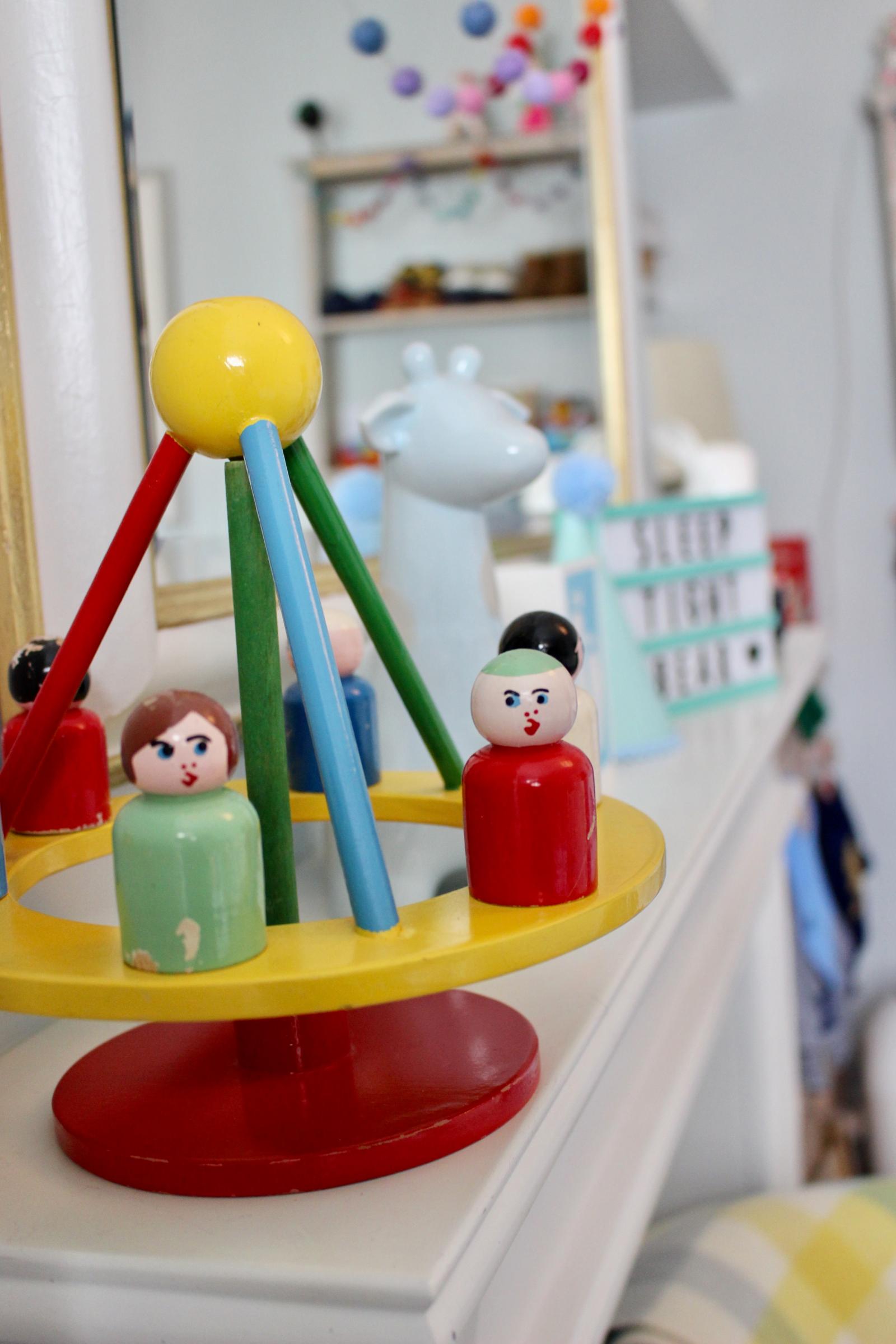 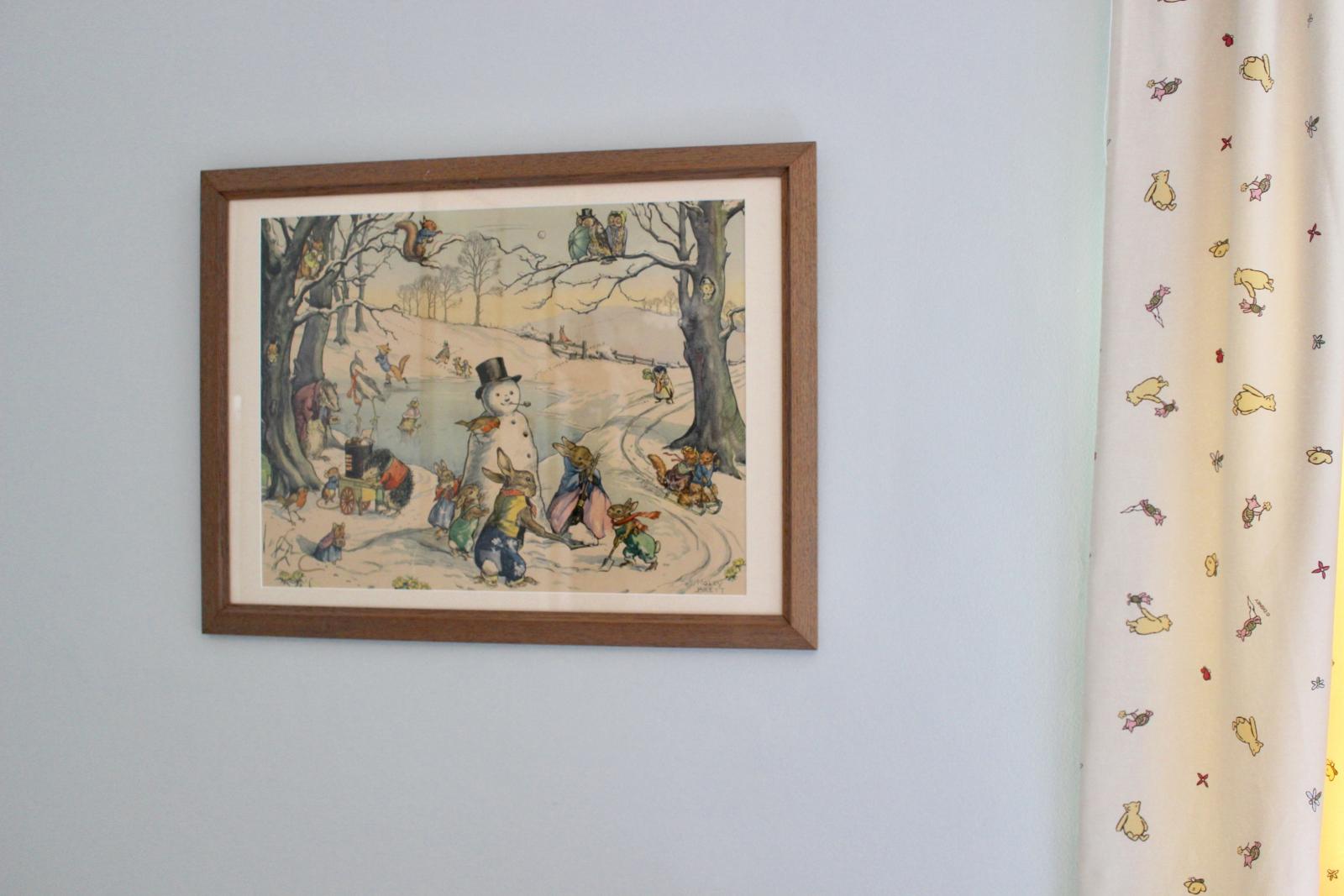 A print that I had in my bedroom as a little boy, alongside some amazing second hand Winnie the Pooh curtains from Mothercare that we found on eBay 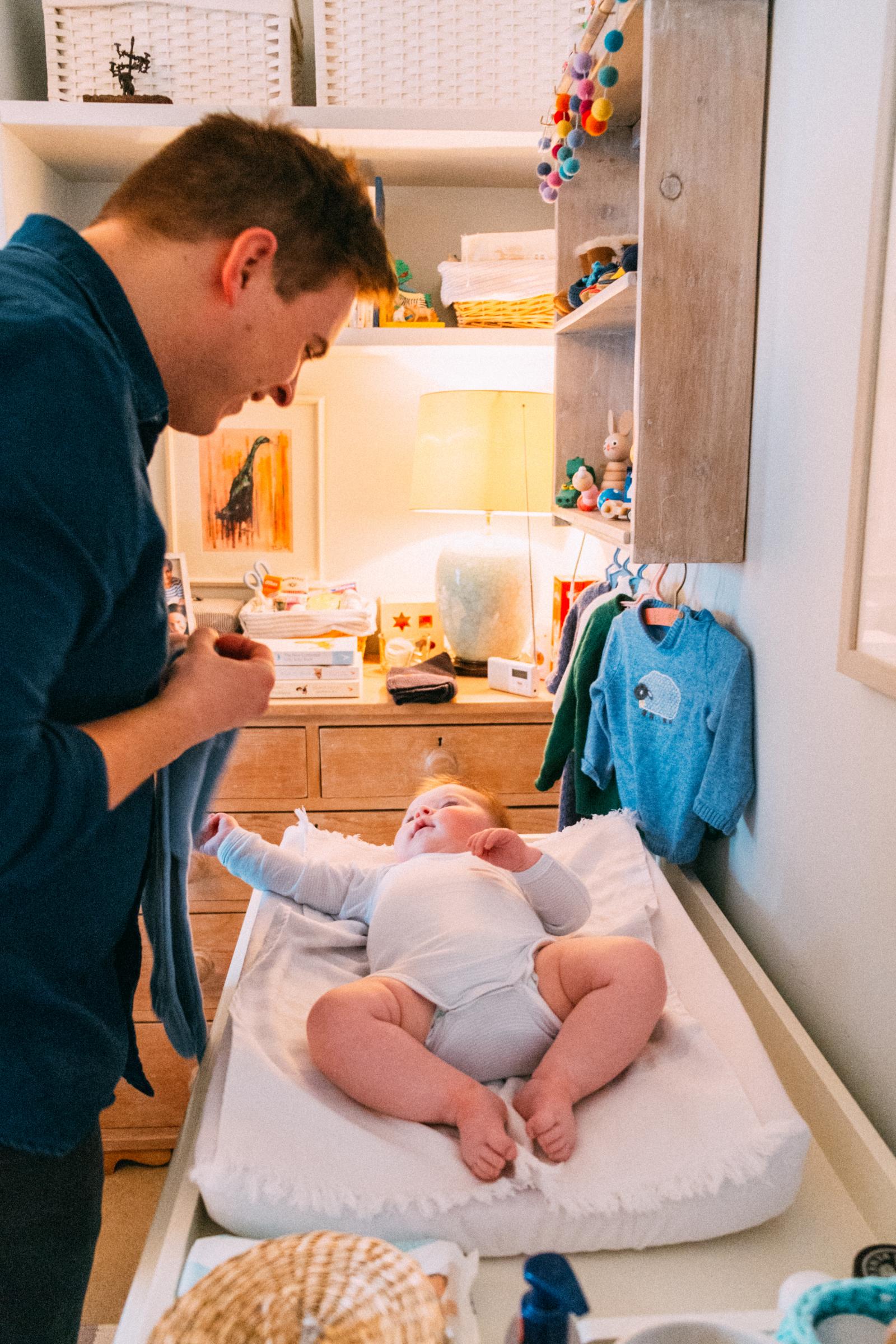 The view from Teddy’s bedroom door…more proof that dads change nappies too! 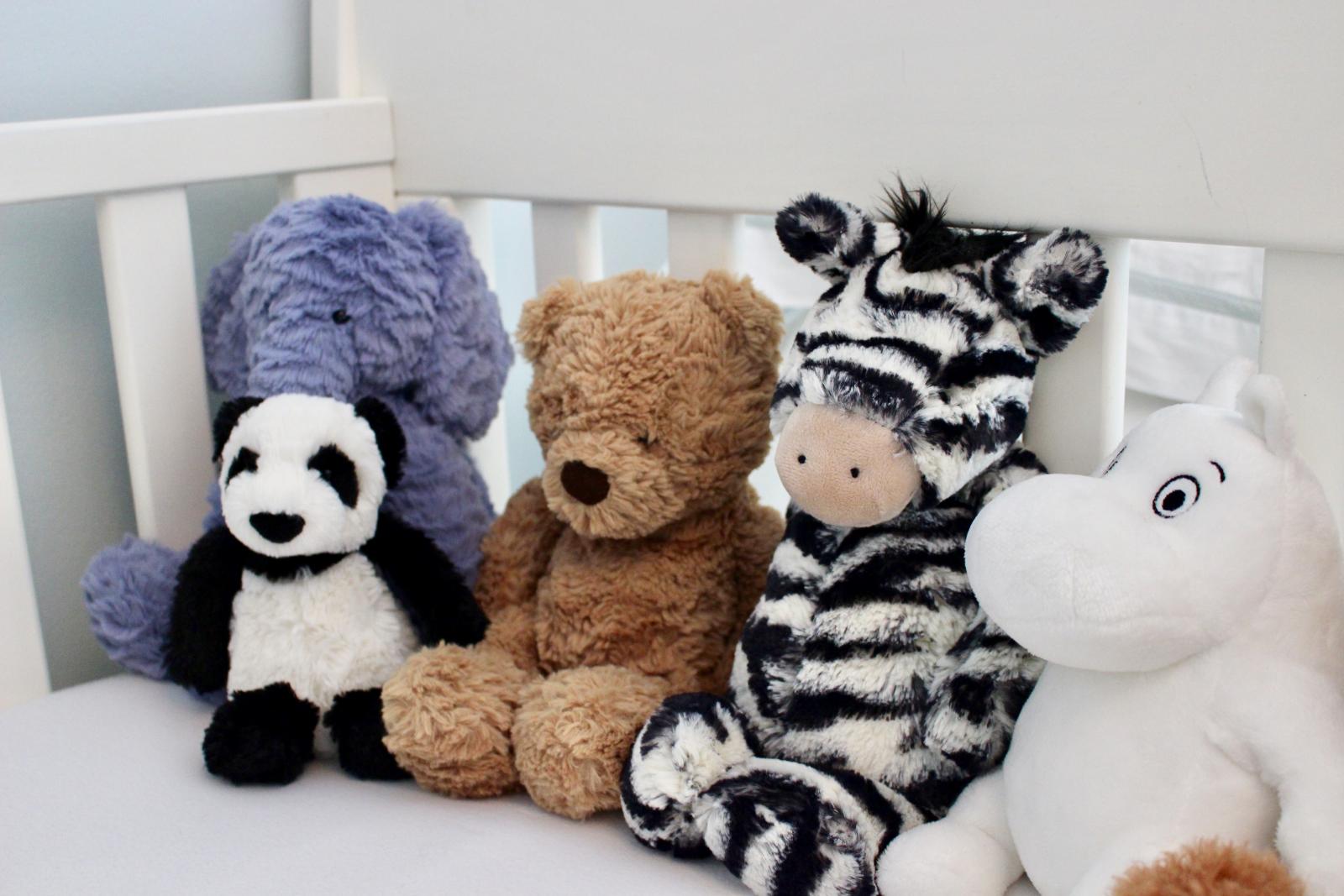 Watched over at bedtime by his furry friends from Jellycat and his absolute favourite…the Moomin! 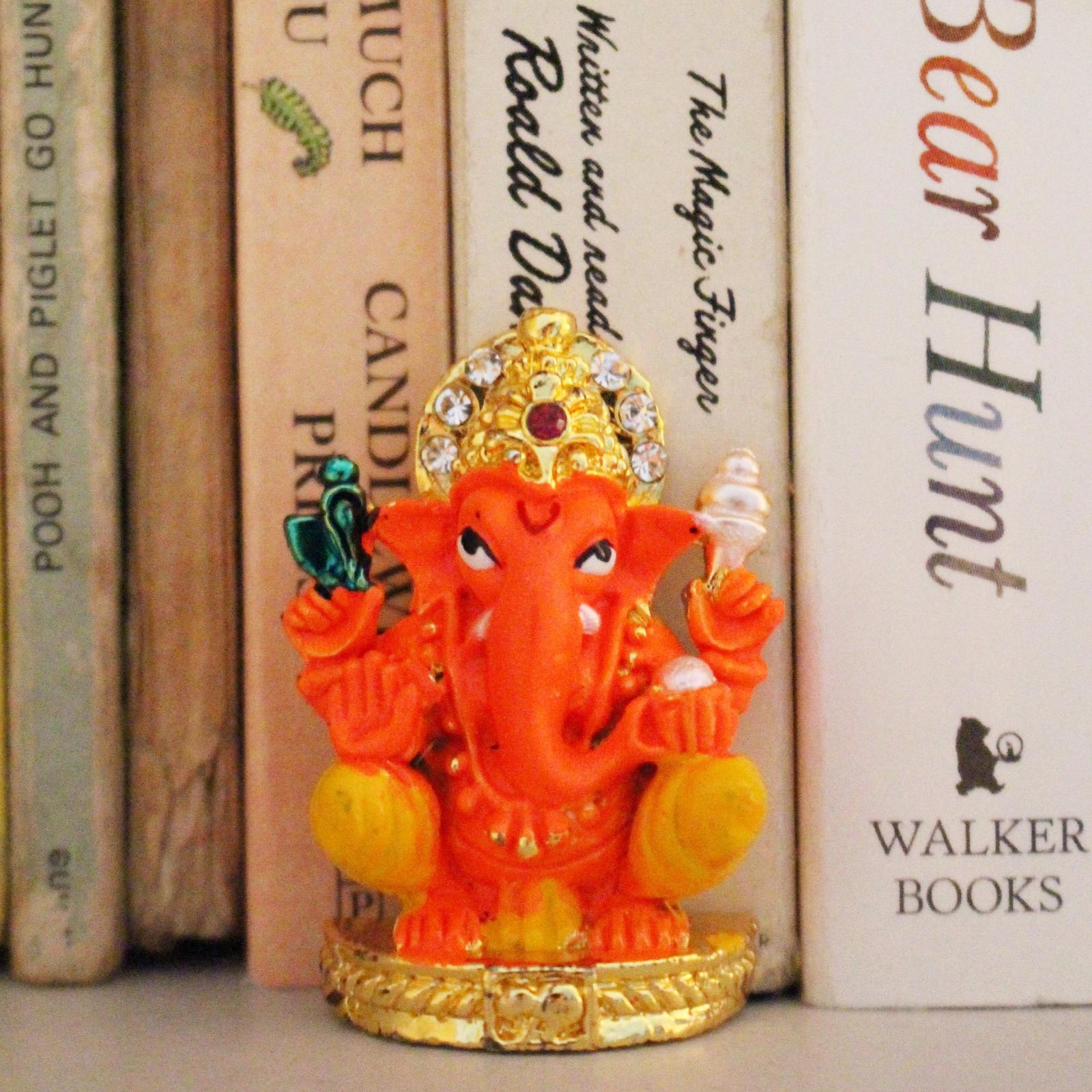 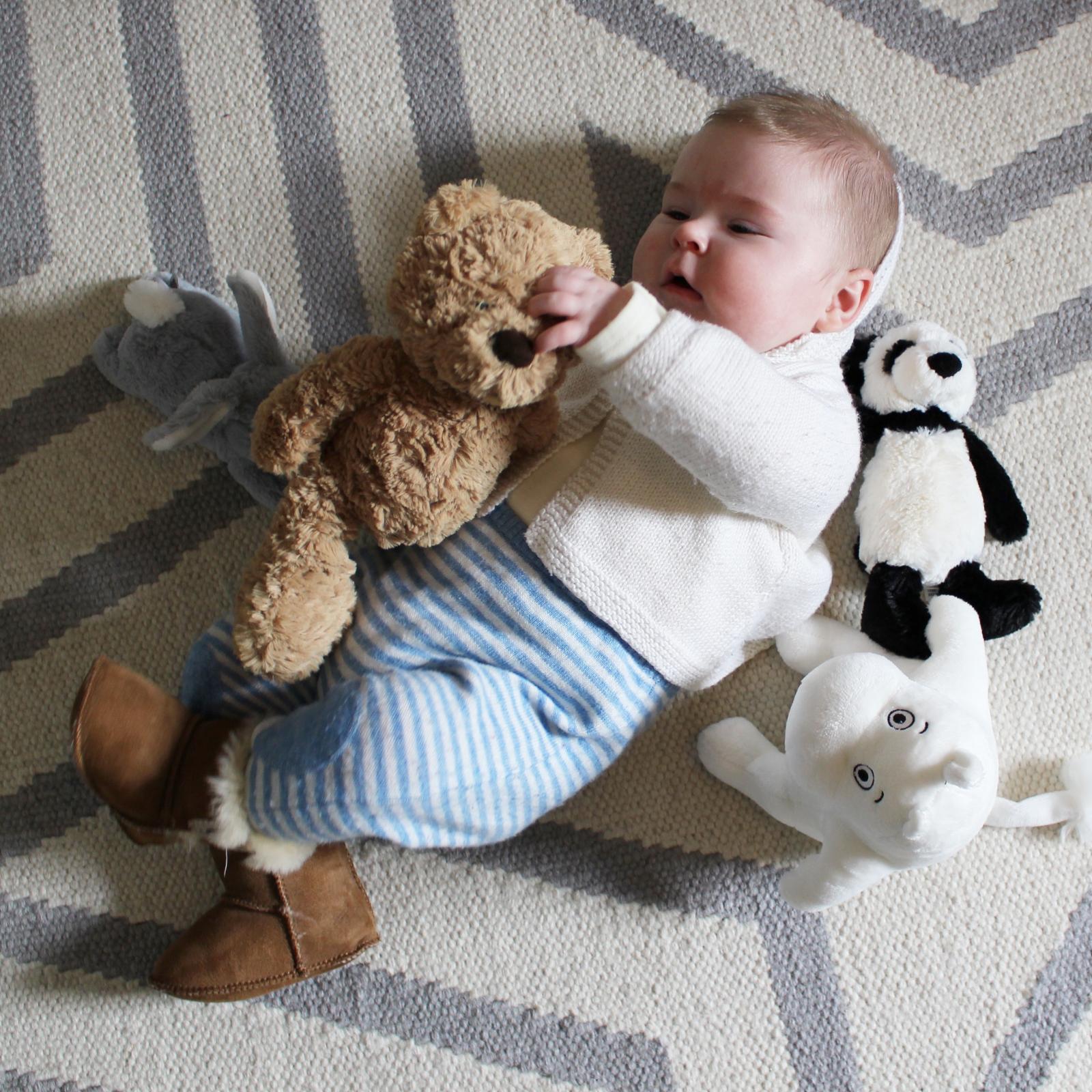 Teddy playing on the starry rug that we were given by his Godfather as a wedding present!

So there we have it. We hope you like how Teddy’s nursery has turned out and if you have any questions about any of the items you’ve seen or where to get them, do let me know!