From the moment you see those two blue lines on the pregnancy test, the trimesters begin. The first is by far the slowest, a mixture of fear and excitement, as you hope and pray that this one will stick. If you’re lucky and it does, the second and third trimester (more often than not) fly by in a blur of anticipation, occasional glowing and debates over paint colours, while you ready yourselves for the inevitable push and shove that welcomes in your new life as parents. 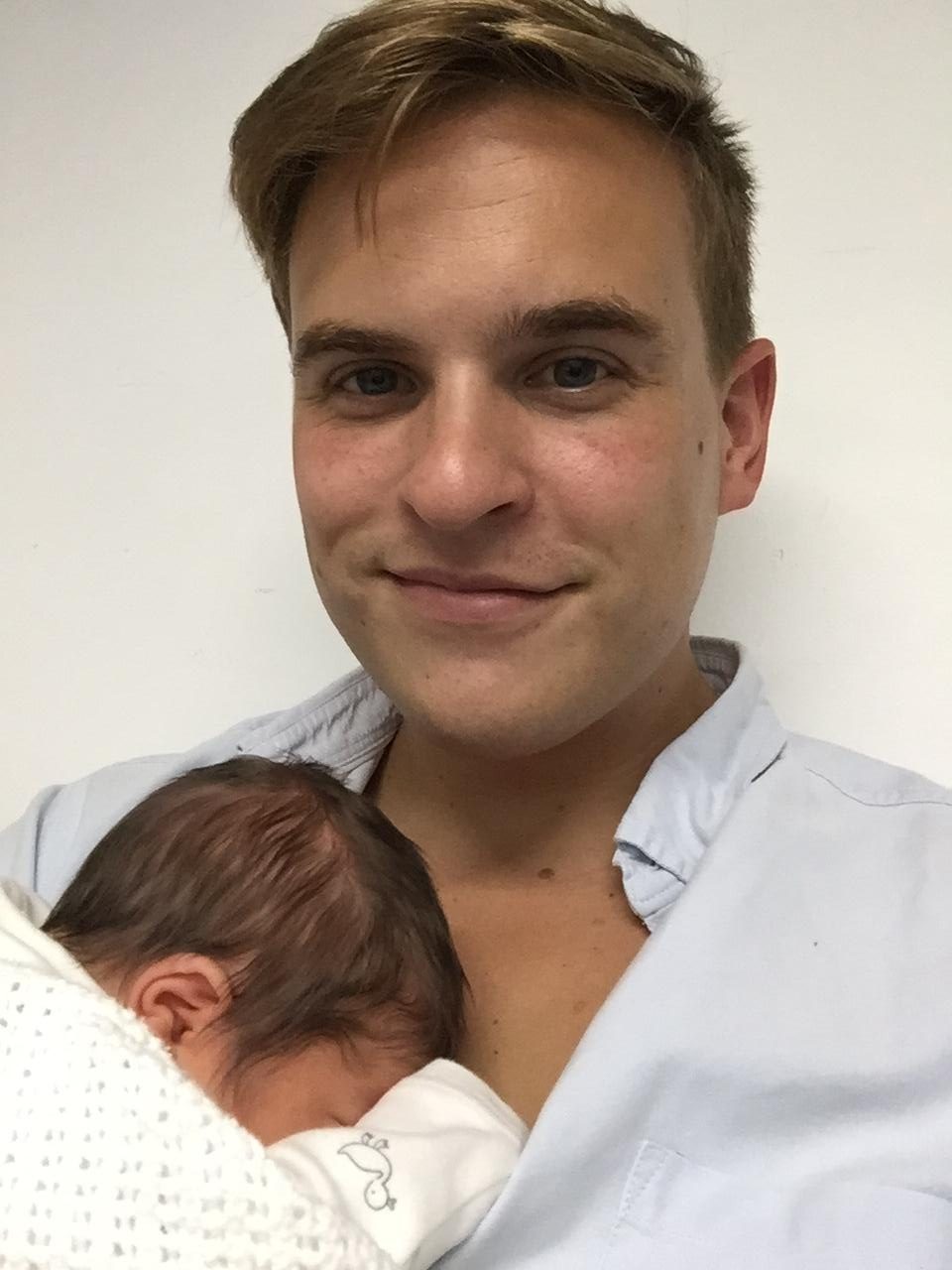 With the arrival of your shiny new baby comes the fourth trimester – for many parents, the most challenging of them all – hitting you like a freight train. And bloody hell, it’s a shock to the system. As the initial euphoria of the birth morphs into the dreaded baby blues, breastfeeding battles, sleepless nights and endless cooing at this tiny human you can’t quite believe you made, it dawns on you that your life will never be the same again.

But then, time effectively stops. Days merge into nights. Weeks morph into months. And while growth spurts and teething episodes come and go, nothing much changes.

Until, all of a sudden, usually around the nine month mark, the fifth trimester hits…the day maternity/parental leave ends and whoever was staying home with the baby is forced to return to paid employment. 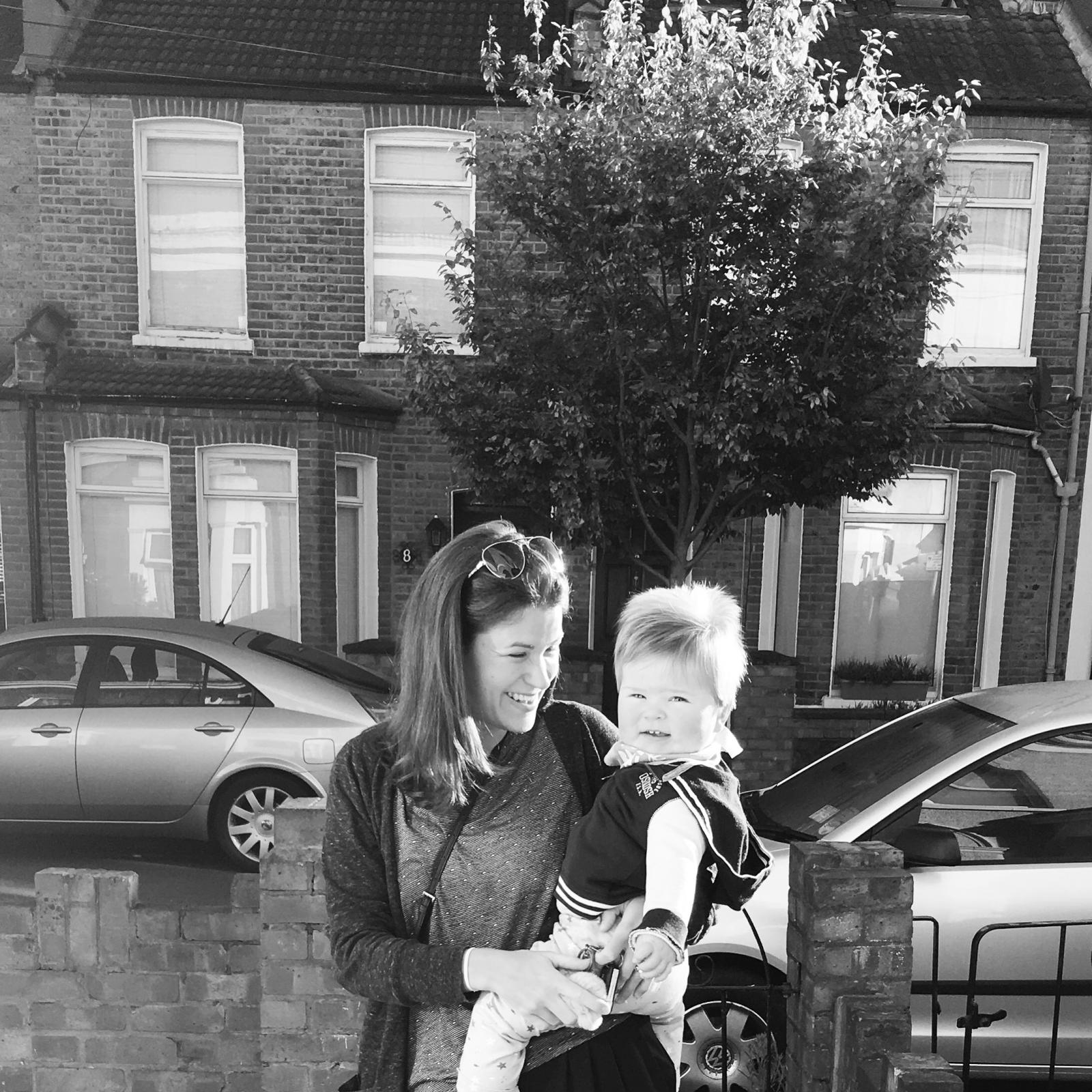 As most parents will tell you, leaving your pride and joy in someone else’s care full time, is a huge, emotionally-charged transition. Sure, some mums and dads love the newfound freedom it gives them. Though most just find themselves hiding in the office’s one disabled toilet, sobbing uncontrollably (for the first few weeks at least), until it’s time to pick up the baby from day care.

But once the pain of that phase has subsided, just like after the fourth trimester before it, you get back into the swing of things. You have to. And once again, the days blend into nights. Weeks turn into months. And nothing much changes.

As trimesters go (at least, as far as I can find online), that’s where the buck stops. But as I’ve since learned, there is in fact an undocumented sixth trimester that all parents will experience sooner or later.

Maybe it’s never been written about (until now) because it takes place at different times for different babies. For some, like us, you might start noticing it around the 14 month mark. For others, it might be even earlier. But trust me, the sixth trimester is a thing.

It’s a time of massive change, both physically and emotionally (for babies and parents alike), when your tiny, dependent baby suddenly doesn’t really need you so much anymore… 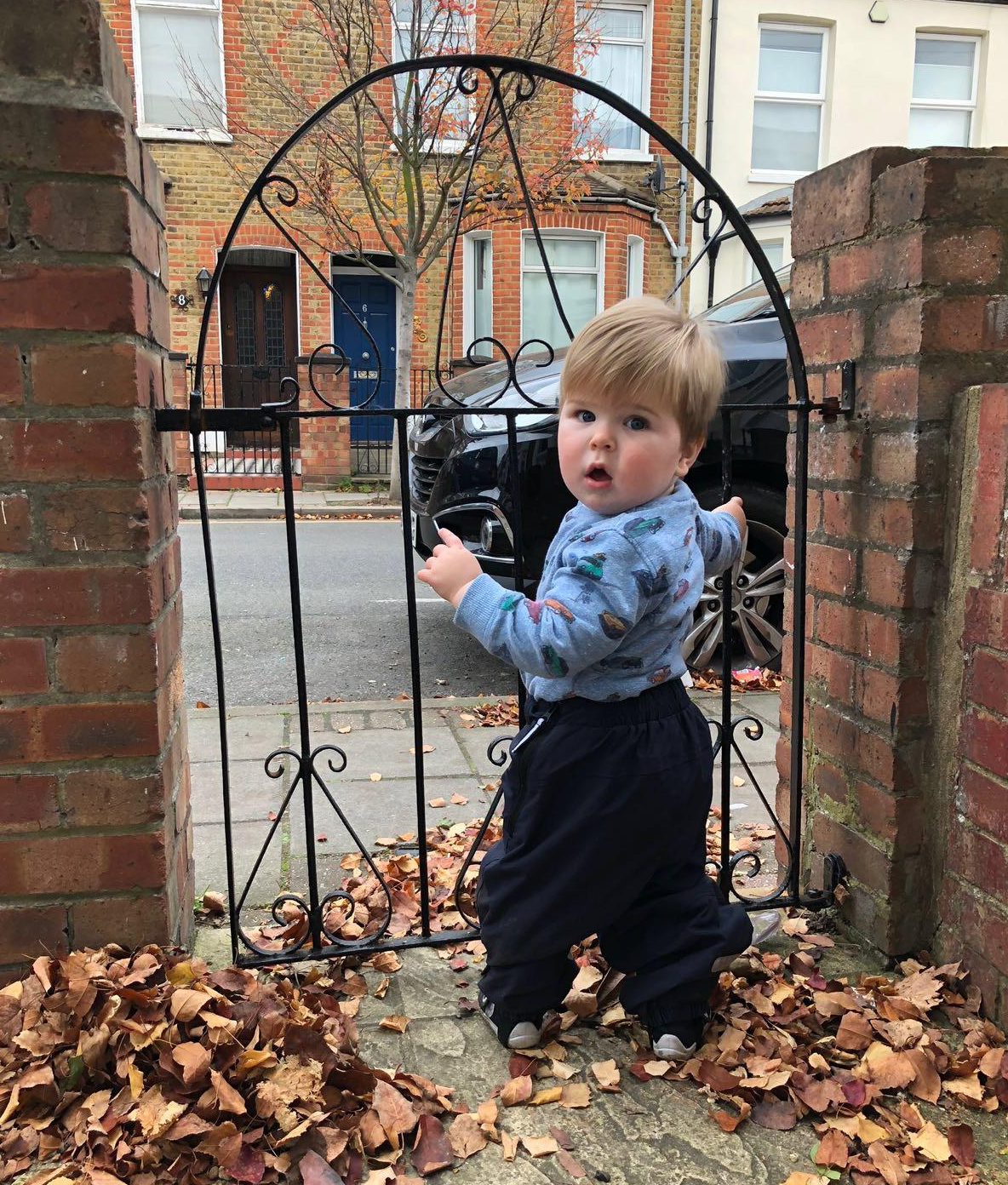 A time when, as if out of nowhere, they transform from a crying lump of fat rolls and dribble-sodden baby grows, into a walking, talking, actual little person, with thoughts, ideas and plans of their own.

OK, so they might not exactly be talking (at least, not in any language that we can understand) but in the sixth trimester, they finally start to communicate with the world around them.

They’re learning new skills, likes and dislikes at a rate of knots. Like not wanting to be held in your arms or confined to a baby carrier or pram, preferring instead to make their own way in the world (even if it does take 10 times longer to get anywhere).

They no longer want to be spoon fed…they want to do it themselves (with cutlery no less), and would rather not eat at all than let you help them. 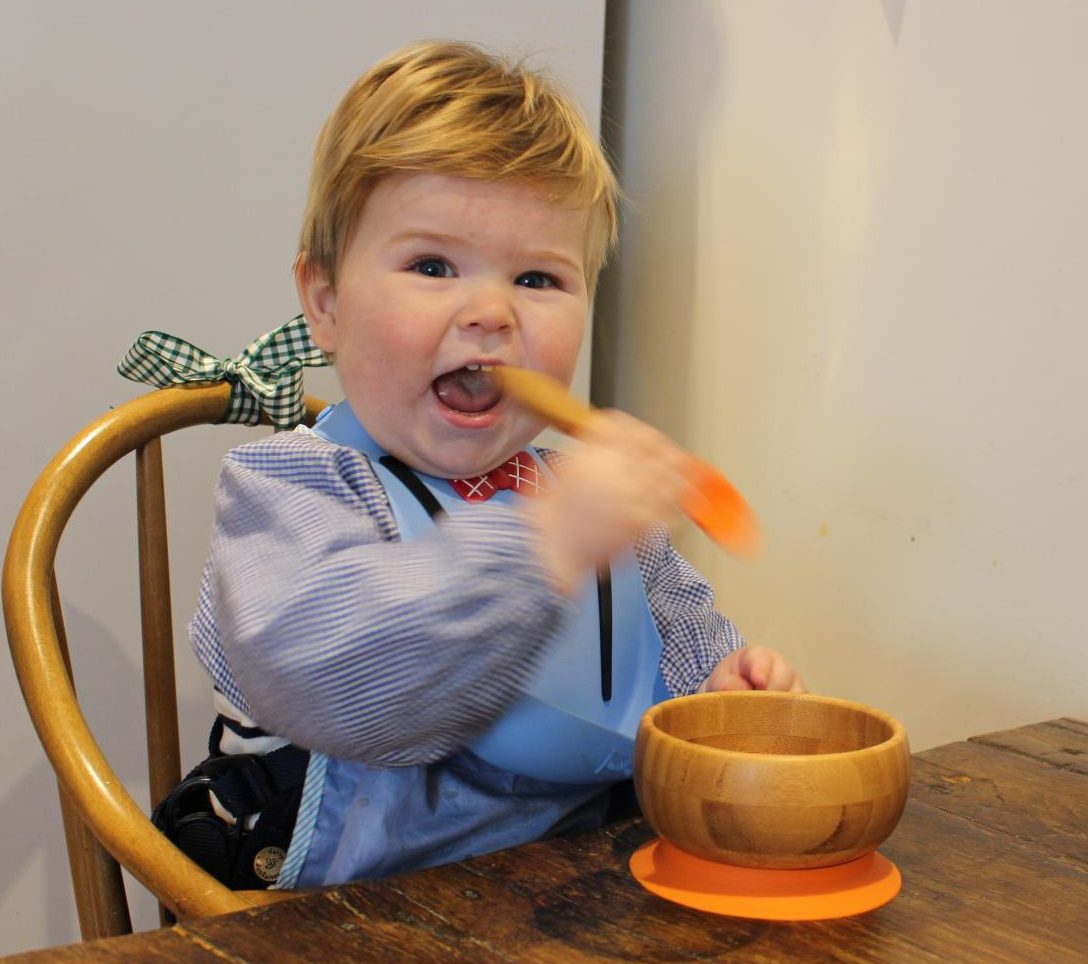 No more are they content just playing with their toys. Toys are for babies…they want the remote control, the iPad, your mobile phone. You know, the stuff proper grown ups play with.

They won’t even just sit still and look cute anymore. Now they insist on opening every cupboard and drawer in the house, removing every single item they can get their hands on, before putting each one into their tiny mouths for a good old fashioned taste test. 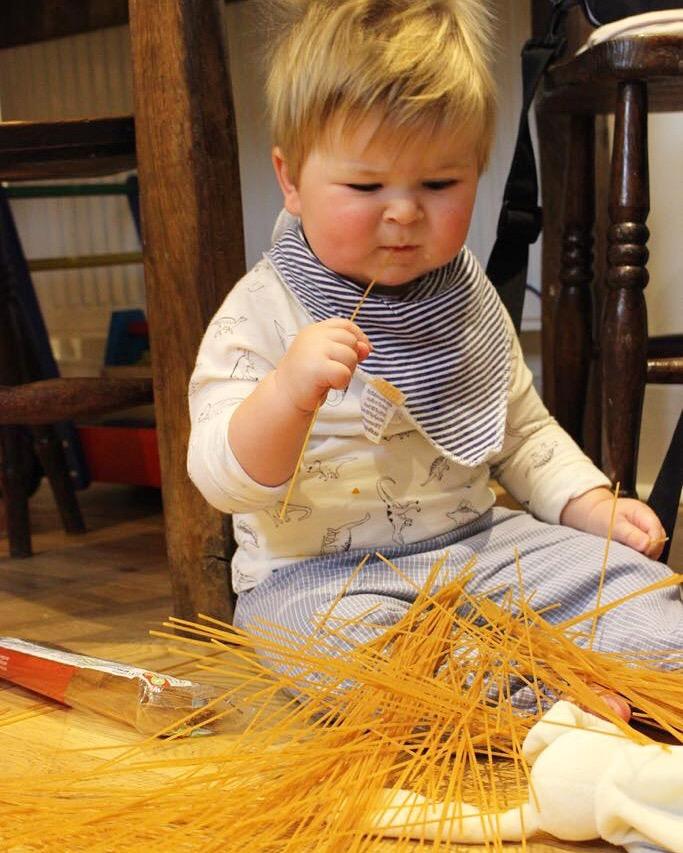 And if you think they’ll be happy sitting calmly in their usual car seat, facing backwards, staring at the head rest and missing out on all the action in the front of the car, think again. They’re not a baby anymore and they want to be facing forward, in a proper seat like everybody else.

And why? Because this is the trimester where they well and truly transform into toddlers.

I know we’ve all felt at one time or another like they’re growing up too fast, wishing that they could stay as cute little babies forever. And, given this, it makes this transition all the more difficult to stomach (while being bloody knackering to boot).

But I’m afraid it’s a stage we all must go through, so it should be embraced. It’s a sign that your little one is learning, developing and growing up; that everything you’ve taught them since day dot is finally sinking in.

So if you’ve recently reached the sixth trimester, or have already been through it, give yourself a big pat on the back. You’ve achieved something amazing as parents and you should be massively proud of yourselves.

And if you still yearn for the days when your baby was, well, a proper baby, don’t fret. Maybe (just maybe) the universe is trying to tell you something…

Time to try for one more?

My eureka moment behind the sixth trimester theory came to me while I was installing Teddy’s new forward facing car seat, when it suddenly dawned on me; our Ted is no longer the baby we’ve always known him as. He’s actually turned into a proper little boy , and we’ve reached a brand new major stage in our parenting story.

And so, it’s only right that I give said car seat a little mention, since it was effectively my muse for this post…

The car seat in question was the Milestone All-In-One Car Seat from Graco, which describes itself as “the only car seat you’ll ever need.”

This is because, the Milestone is suitable from birth up to around 12 years’ old, thanks to its clever convertible engineering that lets you transition from a rear-facing, reclining infant car seat (from birth to 13kg) to a forward-facing 5-point harness seat (9-18kg), before transforming again into a high-back booster seat (for kids that are 15-36kg).

So assuming you keep it in good knick (and make sure you hoover up your little treasure’s discarded raisins and rice cakes from time to time) it could last you for years and years. 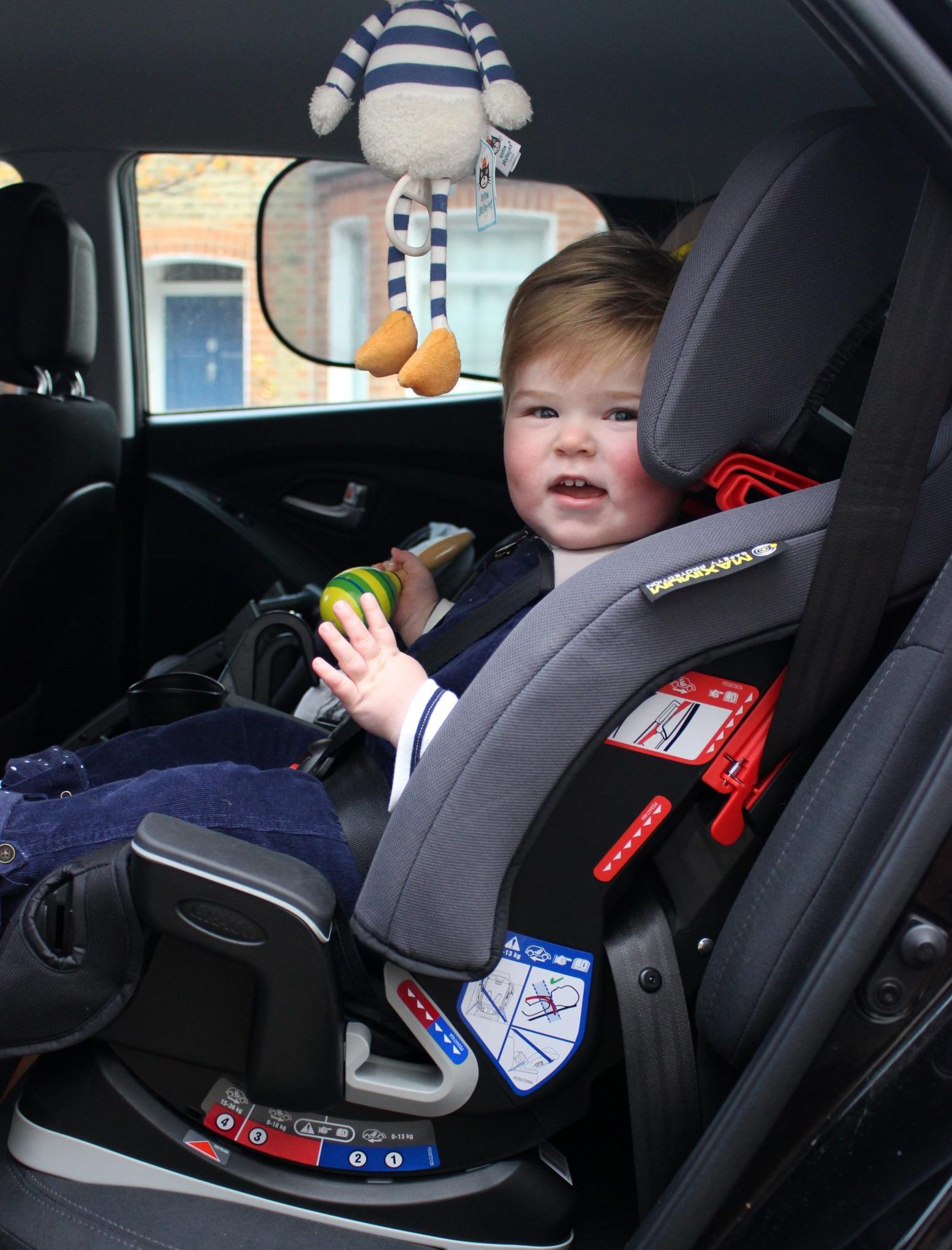 It’s safe too, with side impact protection providing the best head protection at every stage, as well as a steel reinforced frame to give you peace of mind that your little one is always safe. Meanwhile squishy inserts keep your growing baba comfy on long journeys, and are easily removed as they grow (or if you need to wash them after inevitable spills).

And Teddy’s favourite feature…it comes with a removable cup holder! Perfect for storing drinks, toys or snacks while you’re on the go.

For me though, I wouldn’t recommend getting this car seat from day one, as I personally think for newborns up to 13kg in weight, you should get a special rear facing seat with an i-Size base and anchor (like this one) for added peace of mind.

But as soon as the sixth trimester hits, and you have a toddler on your hands, the Graco Milestone All-In-One Car Seat is a really great shout, which will grow with your child for years to come.