As boys we are programmed from a young age to behave a certain way. Big boys don’t cry. Man up. Don’t be a girl. That’s gay. Only girls talk about their feelings. Be a man!

It’s no wonder that, as a group, we are far less likely than women to talk about our mental health with friends and family, or consider seeking the help and support we might need.

Research suggests that new dads are particularly vulnerable in this area, and are more likely to experience mental heath conditions during the early years of fatherhood; impacting on their relationships and the bond they have with their children. Shockingly, suicide still remains the biggest killer of men under 45.

Something has to change.

Which is why I wanted to write this poem in support of Paternal Mental Health Week – an unofficial (though it should be official) seven day event set up by the brilliant Emma from @thepsychologymum on Instagram to raise awareness of this seriously important issue.

To encourage us all to give more support to the boys and men in our lives. Someone to talk to. Someone to listen. Because, though we may look tough on the outside, we’re all made of the same stuff. And while we may not often talk openly about our feelings, that doesn’t necessarily mean that everything’s OK…

Are you there for him? 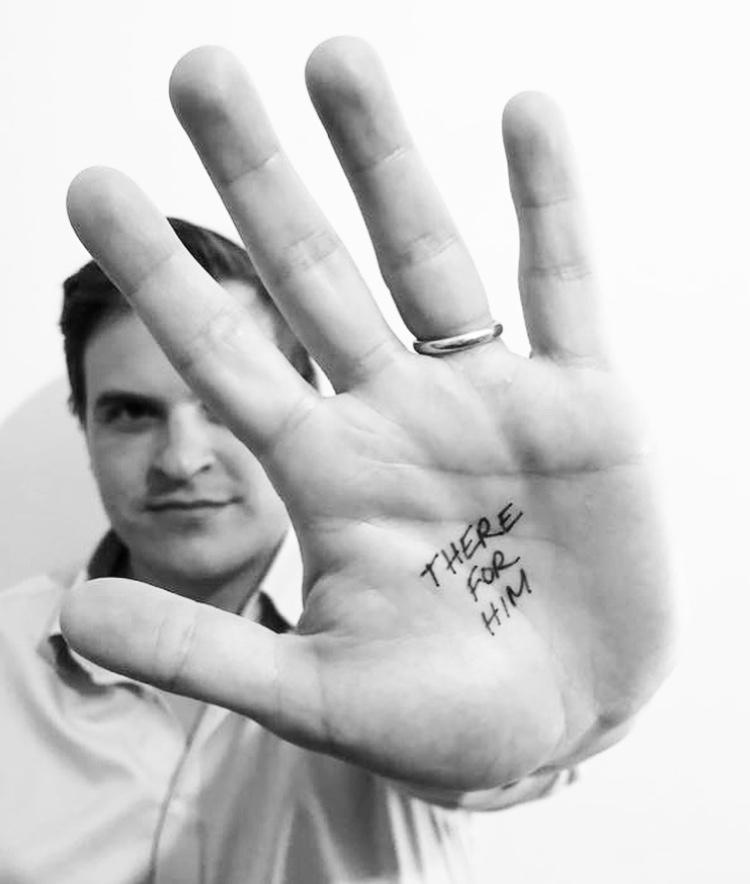 Who doesn’t fit the mould

Than play in goal

Don’t leave him out

Who must stay strong

Who holds it in

For far too long

Ask how he is

And be there for him

Or the working father

On his family’s plate

And becomes too great

Would it help him to know

that you’re there for him?

To the full time dad

In a sea of mums

Who float on by

Or even a hi

Don’t leave him out

‘Cos all it takes

Is one kind word

To make a dark day

Don’t keep it in

And be there for him.

Thanks for reading today’s poem. If the words resonated with you at all and you’d like to show your support and help raise awareness of men’s mental health, please share this poem on social media using the hashtag #thereforhim. Because together we can make a difference, one boy/man/dad at a time…

And if you yourself are suffering in silence, struggling to manage your own mental health, you can find further free support from mental health charities MIND and CALM via these links.