I’m pleased to reveal that, after extensive research and decades of expectant mothers (and supportive fathers) shunning sushi during pregnancy, I have discovered that this is in fact one of the most widely misreported pregnancy myths out there and in most cases it is perfectly safe to eat sushi without any risk to your unborn babe!

But don’t just take my word for it. According to the UK’s beloved National Health Service, “it is usually safe to eat sushi and other dishes made with raw fish when you’re pregnant” (albeit there are certain, but by no means entirely restrictive, factors that you should watch out for, such as the type of raw fish you are eating and whether or not it has been frozen first). 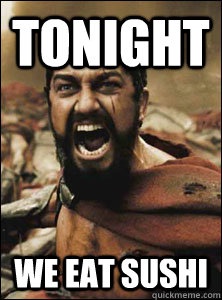 So before you go out and indulge in an unrestrained sushi binge, make sure you read the full story below which explains all and provides the definitive answer to what sushi you can and can’t eat during pregnancy.

The history of the sushi myth

Like all good fiction, the origins of the sushi myth as based on real-life truths. In the 1980s sushi exploded into Western culture in the forward thinking foodie hubs of London, New York and the U.S. West Coast, having previously only been found in Japan and the surrounding region.

At the time, sushi was made on the day with fresh fish caught straight from the ocean, which as it happens, is where the danger to pregnant women lies. Now here comes the science bit…

Fresh, raw fish can contain small levels of pollutants, which are known to cause health problems if eaten raw or undercooked. They can on occasion also contain parasitic worms known as anisakis, which cause an illness called anisakidosis that results in nausea, diarrhoea, vomiting and severe abdominal pain – not what you want if you or your partner are pregnant.

As times have progressed, so has the way that we, as consumers, eat sushi. No longer must we go to high end Japanese restaurants in search of this raw treat, but now you can easily find it at most supermarkets and a huge number of high street chains (for example my favourite lunch time haunts Itsu and Wasabi in the UK).

Where these establishments differ from the sushi suppliers of the early-80s is that, rather than make it fresh on site, the sushi is bought in ready-made, which requires it to be either frozen beforehand for a set amount of time or farmed especially for its purpose (rather than being caught in the sea).

The good news is that this process of freezing raw wild fish effectively kills any worms and bacteria that may be present, making it safe to eat. Meanwhile farmed fish destined to be eaten raw as sushi, such as farmed salmon, no longer even needs to be frozen beforehand due to the specific rearing methods used.

As a result, and as recommended in by UK healthcare professionals, most types of sushi today, that are now easily available at trusted food retail chains and supermarkets, can be eaten during pregnancy after all.

Plus, if you are feeling adventurous, you can even safely make your own sushi at home – just ensure that you freeze the fish for at least four days before using it.

As a general rule of thumb though, you should be OK eating fish (whether cooked or shop bought sushi) once or twice a week during pregnancy, assuming you follow the guidelines set out below and by your doctor.

But don’t forget, where you need to be particularly careful is actually in high end restaurants and independent/small sushi bars where the sushi is made fresh every day, as this holds a higher risk of containing some of the unfriendly bacteria that can affect your unborn baby.

DISCLAIMER: If you have any doubts at all, I urge you to do your own research on the subject to corroborate my story and make up your own mind! And better yet, please consult with you doctor, as recommendations do vary slightly depending which country you live in! 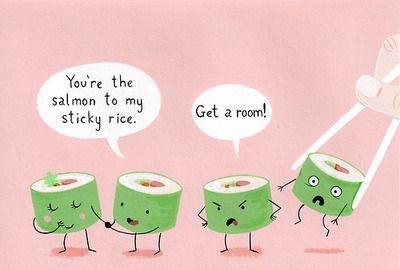 Be extra careful of sushi made with shellfish

Certain types of popular sushi contain shellfish, including shrimps, prawns, crab and scallops. However when you’re pregnant, you should only eat cooked shellfish as raw shellfish can contain harmful viruses and bacteria that can cause food poisoning.

As such, if you want to eat shellfish-based sushi in a restaurant, make sure it has been cooked first. Otherwise best to avoid!

Limit your intake of certain fish during pregnancy

When you’re pregnant or trying to get pregnant, you should limit the amount of tuna you eat, because it contains high levels of mercury.

According to NHS guidelines, you shouldn’t eat more than two tuna steaks a week (each weighing about 140g when cooked or 170g when raw) or alternatively four medium-sized cans of tuna a week (about 140g a can when drained).

You should also limit the amount of other types of fish you eat during pregnancy too, such as oily fish, because it contains pollutants such as dioxins and polychlorinated biphenyls (PCBs).

The good news is you don’t need to give up eating oily fish altogether, as the health benefits outweigh the risks, but make sure you don’t eat more than two portions of oily fish per week, including:

Other fish to limit during pregnancy

You should also limit how much you eat of the following types of fish as research has shown that these might have similar levels of pollutants as oily fish.

As such, it is recommended that you don’t eat more than two portions a week of:

Finally, fish to AVOID during pregnancy

When you’re pregnant or trying to get pregnant, do not eat shark, swordfish or marlin as these types of fish contain high levels of mercury, which can affect your baby’s developing nervous system. AVOID AT ALL COSTS!

If you have enjoyed today’s first-ever Fact or Fiction blog from YOUTHEDADDY, please do share it with your friends via social media to let more people know the modern day truth about this outdated pregnancy myth!

And on that note, I’m off for some salmon sashimi (yes, for breakfast)! 32 weeks and 1 day left to go.