Miscarriages are something that nobody wants to talk about, especially with expectant parents.

But anyone who is trying for a baby, or indeed has one on the way, should be aware of the true facts about miscarriages – not to incite fear or create unnecessary stress, but to prepare ourselves should the worst happen, as unfortunately, miscarriages are more common than you’d think.

So far, my wife and I have been lucky, and seven weeks into our pregnancy all seems to be going to plan. But not a day goes by where I don’t have the fear that we might not make it to the finishing line, this time at least.

Over the years, I have come to learn, through the experiences of a surprising number of family members and close friends who have lost a baby, some during the first trimester and some beyond, that it can happen to anyone, no matter how young, fit or healthy you are.

But outside of close personal circles, only a tiny minority of people ever talk about experiencing a miscarriage (for understandable reasons), while the maternity Apps available today give the subject almost no airtime, if any at all.

The facts about miscarriages

The latest research shows that, even in the most developed countries, a miscarriage occurs in nearly 20% of recognised pregnancies, meaning that 1 out of every 5 pregnancies ends in disappointment, demonstrating just how common they really are. 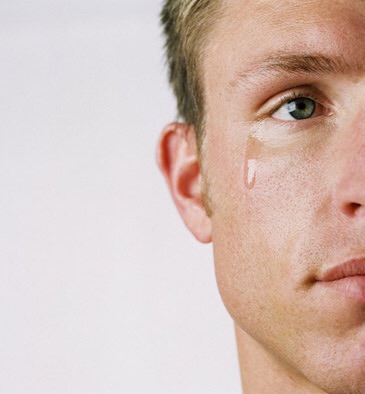 Be prepared by knowing the facts

Of those, 85% fail in the first trimester (weeks 1 to 12) hence the reason why most healthcare professionals recommend that you keep your pregnancy news a secret until the 12 week scan, when thankfully your risk of miscarriage significantly decreases.

Aside from the obvious risks associated with certain life choices (like smoking, drinking and drugs), you should know that women with a body mass index (BMI) of 30 or larger have 25% more risk of having a miscarriage than a woman with a normal BMI for her height. Meanwhile failed pregnancies are most frequent in women aged over 35.

Sadly, 15% of miscarriages (or in other words, 3 out of every 100 pregnancies) take place after the three month scan – after you’ve told the world that you are pregnant and long after you’ve bonded with you baby-to-be – making the loss even more painful.

As expectant dads, it is our duty to know the true facts about miscarriages, so that we can be there to support our other halves should it happen to us. Of course, while in the event we would feel a huge sense of loss, our partners would feel the same emotions x 100, especially when you take into account the immense physical and psychological changes that they have personally been going through up to that point and afterwards – something us prospective dads can only imagine.

By knowing the facts, and talking about them early on during your pregnancy, as a couple, both you and your partner can at least be prepared should the worst happen, and take comfort in knowing that you are not alone.

We shouldn’t feel any sense of failure or “why me?” As the data proves, miscarriages are more common than you’d think and are almost entirely down to fate rather than any fault of your own.

I don’t intend to sound clichéd but, by knowing the facts, I now fully appreciate that every new life is nothing short of a miracle and if we make it full term we are immensely lucky.