Growing up, Disney’s animated adventure classic The Jungle Book (1967) was one of my all time favourite childhood movies. So after watching the trailer for the 2016 rebooted version of the film, and ever mindful that (with a baby on the way) our Sunday outings to the cinema are numbered, I decided to take the wife on a trip down memory lane to watch it.

And let me tell you, we weren’t disappointed, as Disney and its team of CGI wizards seamlessly transported us from a packed London cinema into a luscious and magical jungle world, which (in my books) truly rivalled the forests of Pandora, as last seen in James Cameron’s legendary Avatar (2009). 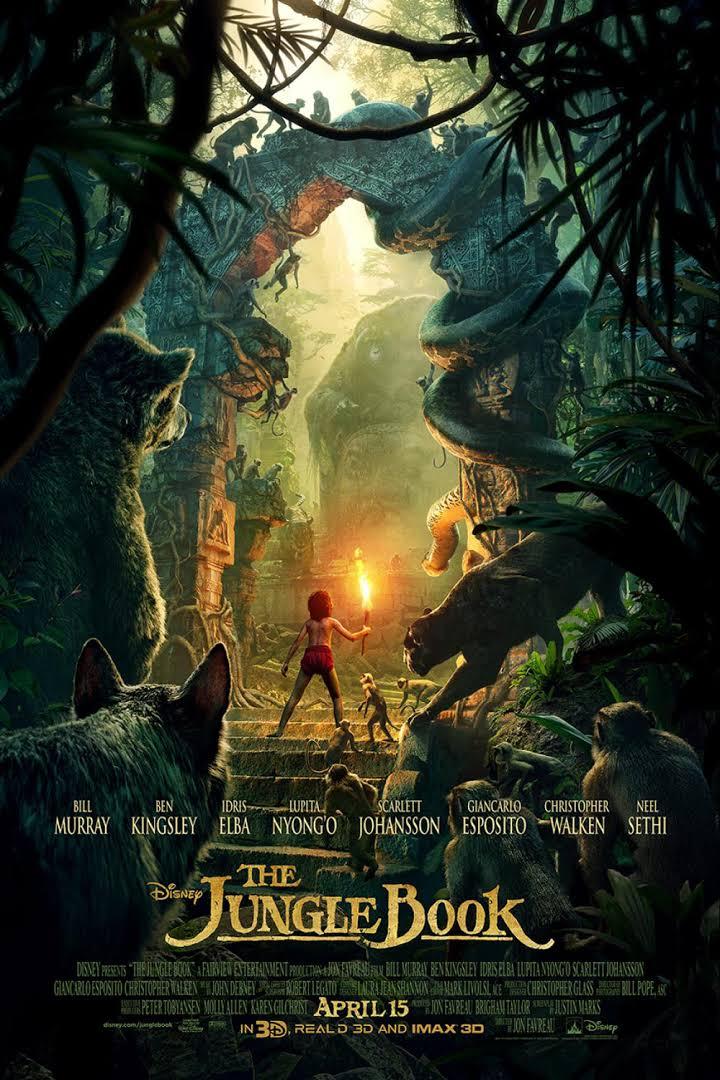 After being abandoned in the jungle as a baby, Mowgli is rescued by panther Bagheera (coolly voiced by the paternal Ben Kingsley) and placed into the care of a pack of welcoming wolves (led by Akela (Giancarlo Esposito of Breaking Bad fame) and the excellent mama wolf Raksha, voiced by Twelve Years a Slave Oscar winner Lupita Nyong’o).

After failing to fit in with his four-legged siblings, given his human shortcomings and attention grabbing opposable thumbs (which as it turns out, come in rather handy later), a new threat emerges in the form of Shere Khan, a scar-faced tiger with a life-long vendetta, prompting Mowgli (in a surprisingly touching scene) to leave his wolf family in search of a new tribe to join.

And so the adventure begins (sticking closely to the original film version, you’ll be pleased to hear, songs and all), as the overly-trusting Mowgli gets into all sorts of life-threatening situations and meets all manner of slippery characters along the way, none of whom seem to have his best interests at heart.

Let me start by saying, this film is an absolute visual feast; a master class in CGI realism, which demonstrates just how far we’ve come technologically over the past 30 years.  At no point during the 105 minute film do you ever question the realism of the animal characters or indeed the jungle landscape within it, with every creature, leaf and hair perfectly placed and completely life-like in every way.

Looking at the film through a child’s eyes (the cinema was packed to the rafters with the excitable tykes), Neel Sethi’s Mowgli is an absolute delight and entirely convincing as the feral wildling we all know and love.

Perfectly balancing Mowgli’s mix of childhood innocence and his fearless sense of adventure, Sethi’s performance is rock solid, especially when you consider that almost every scene was shot against a green screen in the studio, rather than in the rich jungle setting that we see on screen. Sethi looks to be a sure fire star in the making, who I’m pleased to say, perfectly captures the essence of the character as well as the imaginations of a new generation of cinema goers.

That’s not to say that there isn’t a great deal for the parents/adults to enjoy too, thanks in large part to The Jungle Book’s incredible line-up of Hollywood stars who have lent their famous voices to the project. Full credit has to go to the film’s casting director Sarah Finn, who brought together this eclectic dream team of acting greats to play the movie’s most loved characters, with some surprising, yet inspired choices along the way. 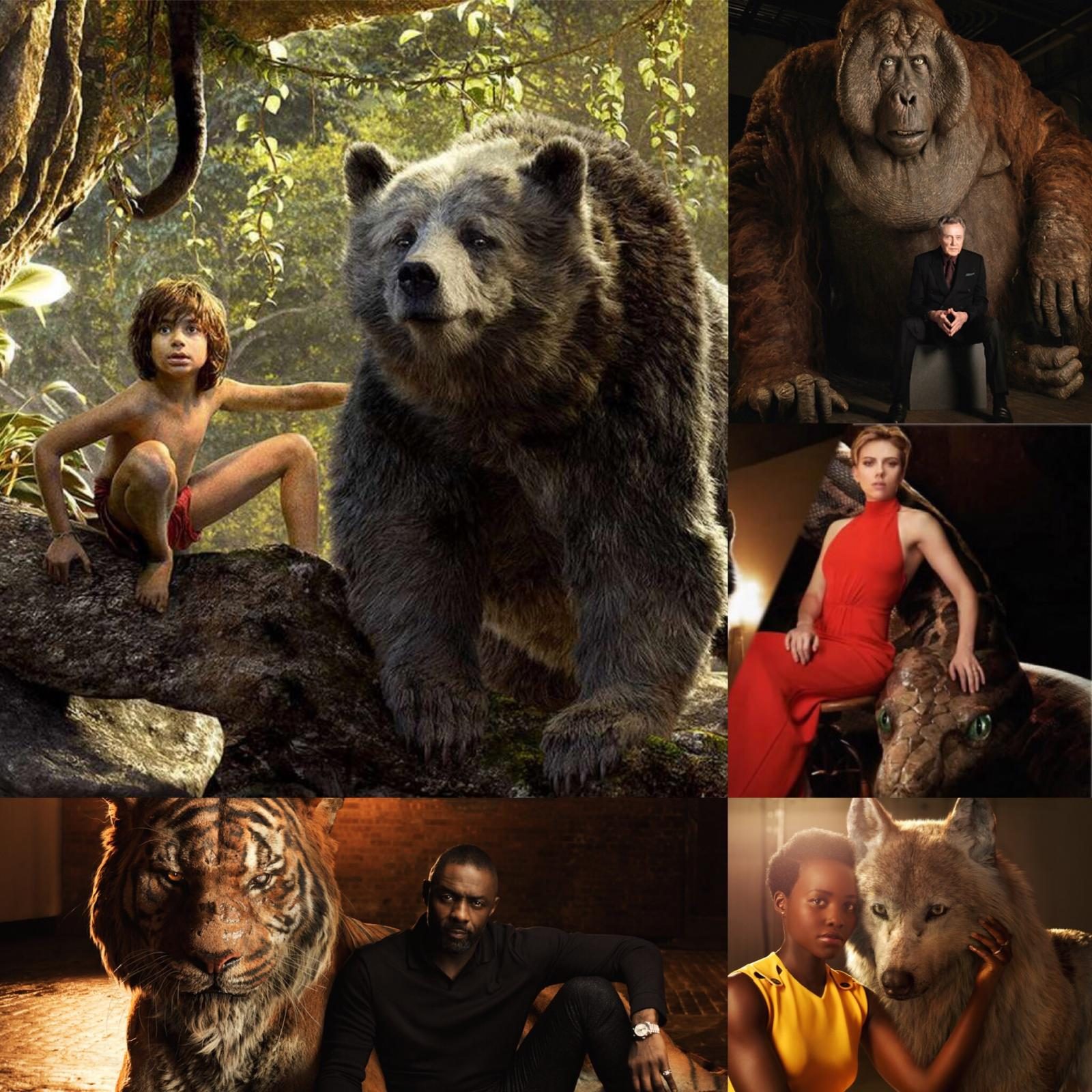 As you’d expect, Bill Murray sparkles as loveable bear Baloo (absolutely stealing the show, as always) while Christopher Walken is simply perfect as King Louie, the surprisingly scary king of the apes (speaking, not singing, the classic tune ‘I wanna be like you’, to menacing effect).

Less obvious, but equally powerful, casting choices were the excellent Idris Elba as the intimidating tiger Shere Khan (an inspired choice, when many other casting directors would have gone straight to Benedict Cumberbatch, who (you could argue) was made for the role), as well as Scarlett Johansson, whose sultry tones bring a ssssurprising ssssexiness to the role of python Kaa (another clever casting choice).

My only small niggle about The Jungle Book reboot was just how similar (I now realise) the story is to Disney’s most famous animation, The Lion King (released nearly 30 years later in 1994), as it struck me while watching that almost all of the film’s most dramatic scenes could be matched, almost shot by shot, with those from The Lion King.

From the scar-faced villain and power struggles at Pride Rock, to the dramatic pivotal scene, friendship montages and of course the film’s heroic conclusion, you could have pretty much superimposed lion cub Simba into Mowgli’s man cub role, without anyone noticing. But hey, who am I to question Disney’s winning formula? If it ain’t broke, don’t fix it, as the saying goes…

Needless to say though, this small plotline point by no means detracts from what is in every way a brilliant film and incredible spectacle in its own right, effectively retelling an old story for modern audiences, while keeping enough of the magical touches to ensure fans of the original don’t go home disappointed.

The Jungle Book is YOU THE DADDY’s movie of the week: definitely worth a watch – 4 stars. 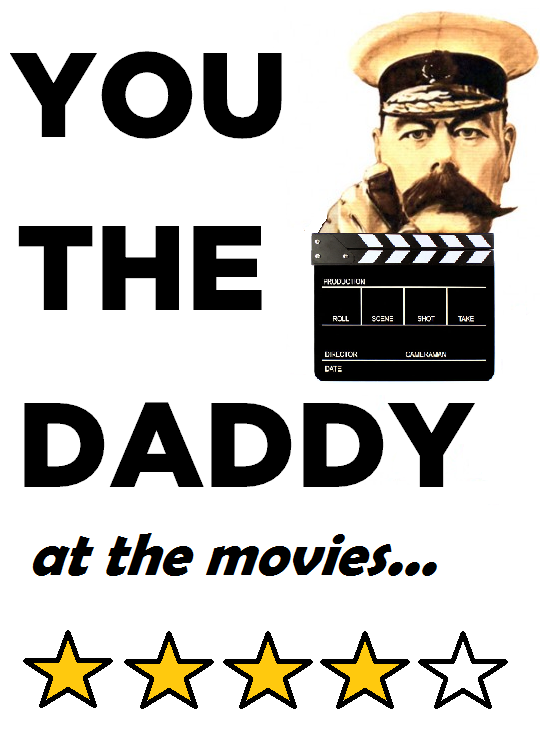 What did you think of the film? Did you prefer the 2016 reboot or are you a dogged fan of the animated original? Who was your favourite casting choice in the new movie?

As always, we’d love to hear from you, so if you have seen The Jungle Book, do let us know what you thought via the comments section below.