Pregnancy and parenthood can be daunting experiences for first time parents. So, as a support system for other first timers such as myself, I’m excited to launch a new series of real life interviews with actual first time parents, who have generously offered to share their insights, highs and lows, top tips and words of encouragement from the front line of parenting. This week we’ve been speaking with Mark, a first time dad and creator of the incredibly funny new dad blog Lad Baby. 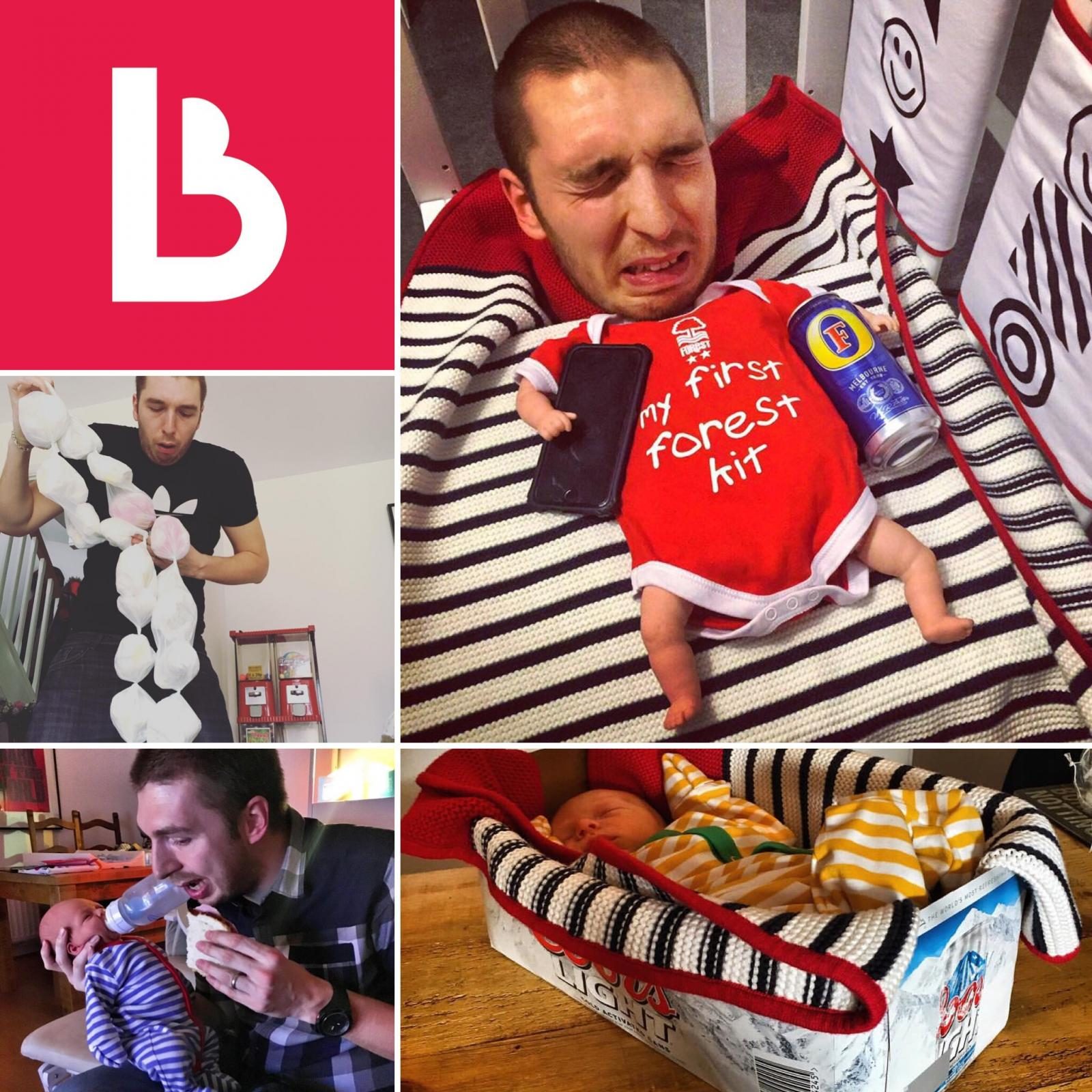 Firstly, massive congratulations on your new arrival! How does it feel to finally be a dad?

WEIRD! That was probably the first feeling! Followed then by an overbearing sense of responsibility and the realisation that I’ll have to (temporarily) cancel Saturday nights with the lads…

So far, what have been your highlights of life with a new baby?

The attention it draws from women. Sure, most are from the older generation but the little fella’s a true babe magnet. I’m not sure if I ever went through this stage as a kid but if I did, it had most certainly worn off by the time I got to secondary school.

Changing a sh*t filled, piss-drenched nappy at 4am on a hangover (which I couldn’t admit to having to the missus) was pretty much a low point of life.

Any surprises of being a new parent that you hadn’t expected?

I’ve gotta say, it ain’t actually been as bad as I’d expected. Don’t get me wrong, it’s hard work, but I was expecting far, far worse.

What’s been the grossest thing you’ve experienced so far?

Trifle from the hospital cafe! The cream was fake, the custard was disgusting and it didn’t even have sherry in it. RUBBISH!

What tips do you have for first time dads in the first weeks of parenthood?

Have Domino’s Pizza on quick dial…

So, Lad Baby, what have been your most useful items of baby kit so far, that you couldn’t have done without?

A nappy bin! Without this I fear I’d be in deep sh*t right now…..literally.

(YOU THE DADDY’s top buy is the Tommee Tippee Sangenic Tec Nappy Disposal System – available to buy here for £12.49) 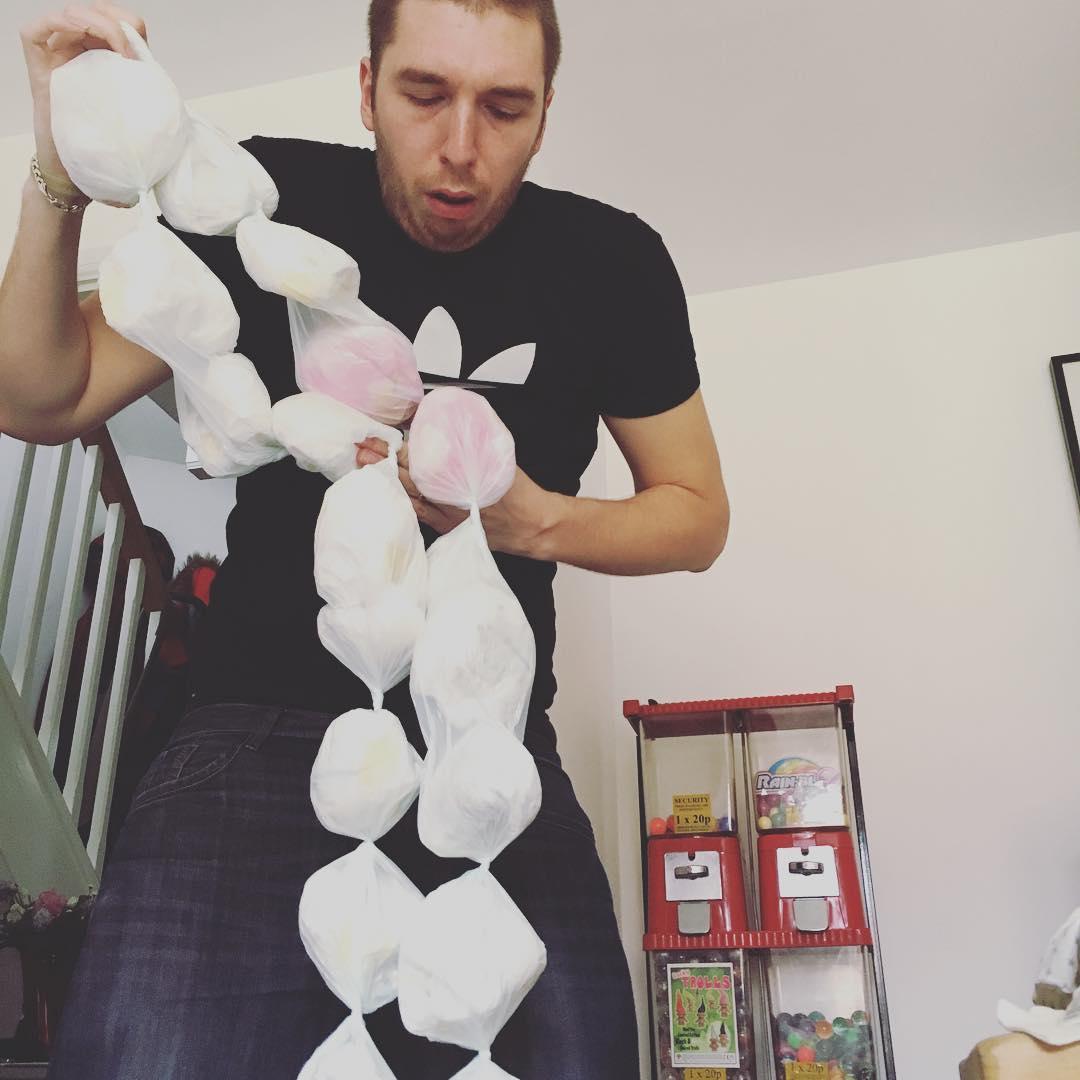 Any ‘parenting hacks’ you’ve tried so far and would recommend?

One of the other new dads I met at antenatal baby training classes keeps a travel pillow in his car so that when he gets sent out for supplies he grabs a sneaky 20min kip in the car and then blames it on the traffic. GENIUS!

What pram did you buy? Would you recommend it?

The Bugaboo Buffalo. It’s basically the 4×4 of the pram world…..and costs about the same, but boy it is awesome! 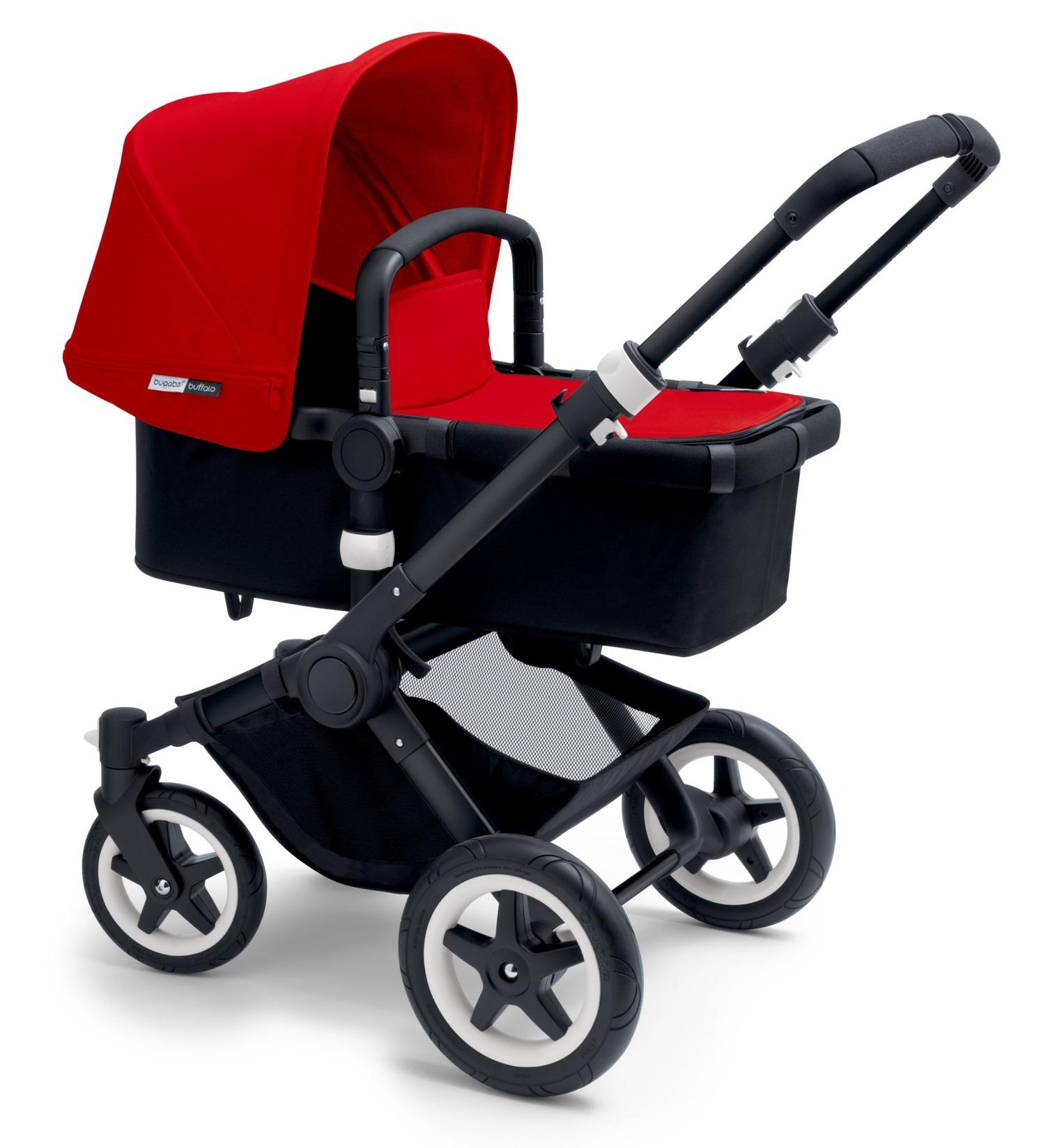 How was the birth itself from a new dad’s perspective?

Labour was alright. I dunno what women make all the fuss about. Honestly, I was never in pain once…not once!

Did you take a sneaky look down ‘the business end’ during labour? Were you tempted?

Nahhh I didn’t look. I did cut the cord though…..which was the most terrifying thing I’ve ever done.

Did you read any of the pregnancy and baby books before your new arrival?

If you could sum up the 9 months of pregnancy in 3 WORDS from your perspective, what would they be?

From a guy’s perspective, what did you enjoy the most about pregnancy?

Always having a designated driver when I wanted a booze up…

Did you find any of your other half’s pregnancy symptoms difficult to handle?

Moaning, but that’s women init. Can’t live with them, can’t kill them.

For YOU THE DADDY’S top tips on how expectant dads can help reduce their partner’s pregnancy mood swings, click here!

Did you do NCT classes? Pros and Cons? Would you recommend them to other first time parents?

From someone that had never even held a baby before, I can’t recommend the classes enough!

Finally, why (and when) did you start blogging in the first place?

Started while the missus was pregnant. Decided to do it because I couldn’t find anyone else addressing the important dad issues…things like ‘How much is parking at the hospital?’ (£2 an hour)

Since launching Lad Baby, what has been your blogging highlight so far?

So far I’m just enjoying talking to people and sharing my daily struggles. Biggest highlight was personally featuring topless (photo below) in a national newspaper announcing his birth… 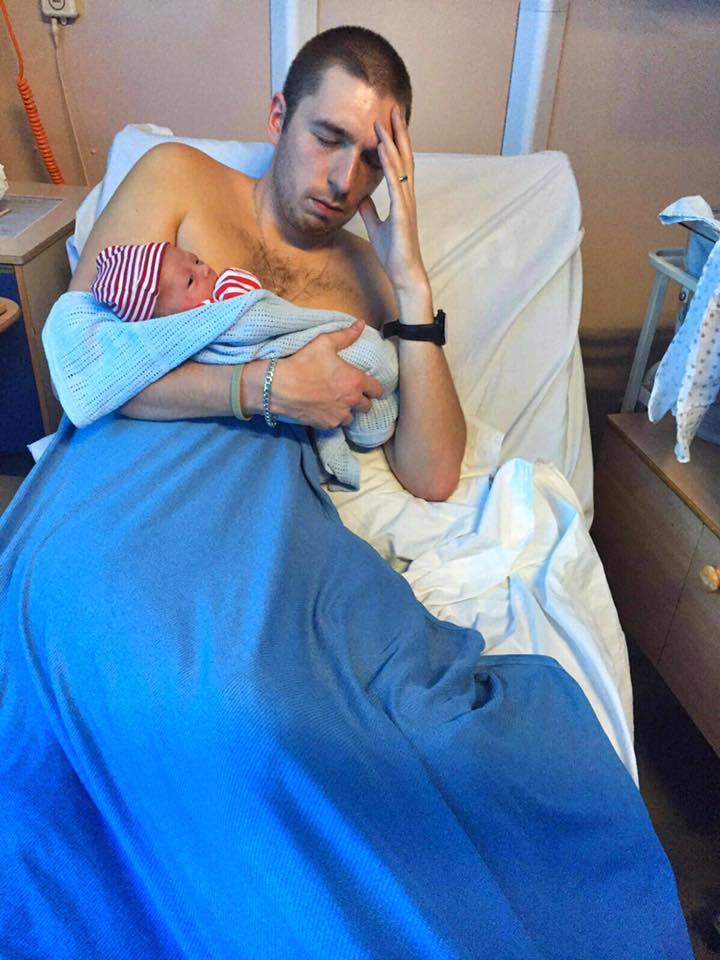 Any advice for any new fathers or dads to be out there who are considering starting their own dad blog?

Be informative, be educational, be inspiring, be driven, be passionate…..but most of all be offensive, oh…..and original.

For more from Mark and Lad Baby, click through to his blog and social feeds via the links below – well worth a follow!

Do you know any first time parents (or are you one yourself?) who would be keen to share their insights and experiences in the next iteration of ‘First time parents – interviews from the front line’?

If so, please do send us an email at youthedaddy@gmail.com for more information!