Let me start off by saying, I’m no petrol head. Sure, I love driving and take great pride in my car. But try to engage me in a conversation about horse power, tyre trims or how fast your motor can get from nought to sixty, and I’ll gloss over.

Because until recently, all I really cared about was having a car that could get me from A to B. One that I could rely on, that would start in the morning (whatever the weather) and wouldn’t cost an arm and a leg to run.

But as I recently learned, finding a car that ticks all of these boxes is harder than you might imagine.

After moving out of London to our new country pad last month (and joining the commuter rate race in the process), I needed a second car…and fast! Nothing special. Just a little run around to get me to the train station at stupid o’clock in the morning and safely back home again at the end of the working day. Simple, right?

I stupidly rushed into it, and in my haste, bought a second-hand hatchback from (what turned out to be) a decidedly dodgy dealer. As, within just a few days of getting it, all the warning lights on the dashboard lit up and it refused to start.

After literally hundreds of hours of heated phone calls with the con artist of a “dealer” it took me a whole month of hell just to return the lemon of a car. I eventually got a full refund (thank God) but boy, did it put me off cheap second-hand motors for life.

Adding insult to injury, during this whole hellish debacle, I was forced to get up even earlier every morning for work (at 5:30am!!), walk 15 minutes to the nearest bus stop (there was only one every hour), to catch a rickety old coach to the station before my daily commute would start for real.

On a good day, this process took me two and a half hours, door to door. On a bad day, it was more than three! And did I mention, this was over Christmas and New Year? More often than not, in the snow?!

Needless to say, it was a million miles away from the grand plans I’d been making for our new life in the country.

But despite my rotten bad luck, just when I thought my new commute couldn’t get any more depressing, a little bit of positive karma dropped neatly into my lap, as the lovely people at Vauxhall sent me one of their newest SUVs – the Grandland X – to tide me over during this difficult time and to see whether their latest creation could make my commute “just a little more grand!” 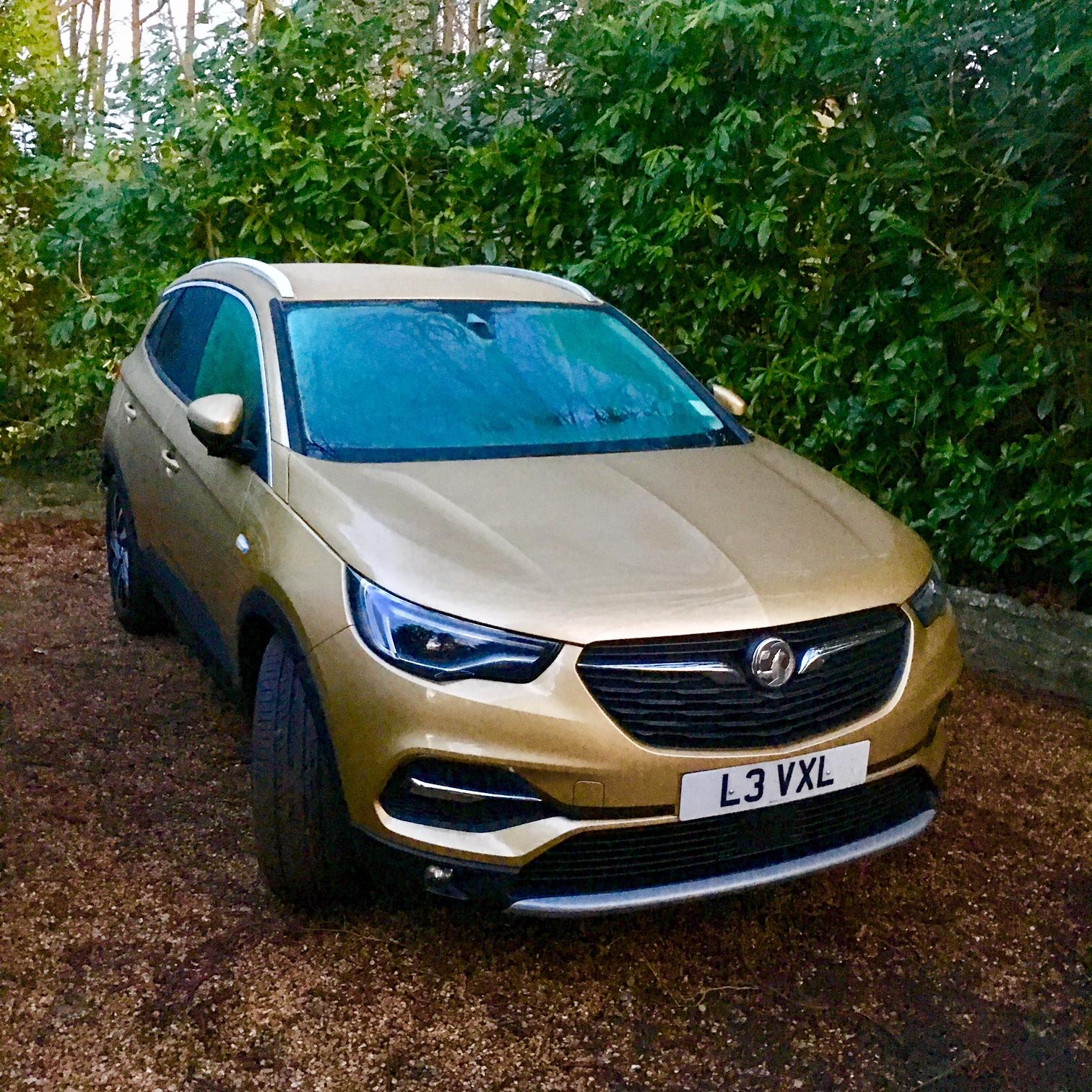 And after just a week of driving this amazing new car I can genuinely say, I feel like a new man.

I now realise that everything I thought about cars – that they’re just functional, to get you from A to B, while bells and whistles are just an unnecessary extravagance – was wrong, wrong, WRONG!

As someone who has never bought a ‘new’ car before (and when considering even my second-hand purchases, the youngest model I’ve owned was made in 2010), I didn’t expect that in-car tech would be all that different than what I was used to. But it turns out, a lot has changed over the past few years.

Because the Grandland X is not only one of the most comfortable car I’ve driven, but it’s light years ahead in the technology department too.

It’s 6am, on a freezing cold Monday morning, as I (tentatively) leave the house for work.

In the dark, using my phone as a torch, I approach the car…

I don’t have to fumble around in my pockets to find my misplaced keys. I just walk up to the door, safe in the knowledge that the ‘key’ is somewhere on my person, and like magic, the Grandland X unlocks itself for me, as the in-car mood lighting springs to life.

Once inside, I settle myself into the driving seat, press the Start button (the key still somewhere in my pocket) and the engine springs to life. At the same time, on come the automatic headlights, adjusting their strength and position to match my surroundings (no risk of driving off without the lights on with this car…I can’t be the only person that does that, surely?!).

And then, it’s time to switch on my absolute favourite feature. If you’ve ever frequented the bathroom of a particularly swanky hotel, you’ll know that there is nothing in the world more luxurious, than a heated loo seat. Or so I thought. As, on a freezing cold morning on your drive to work, there actually is something even more amazing. Heated seats and – wait for it – a heated steering wheel. Seriously, it doesn’t get much grander than that! 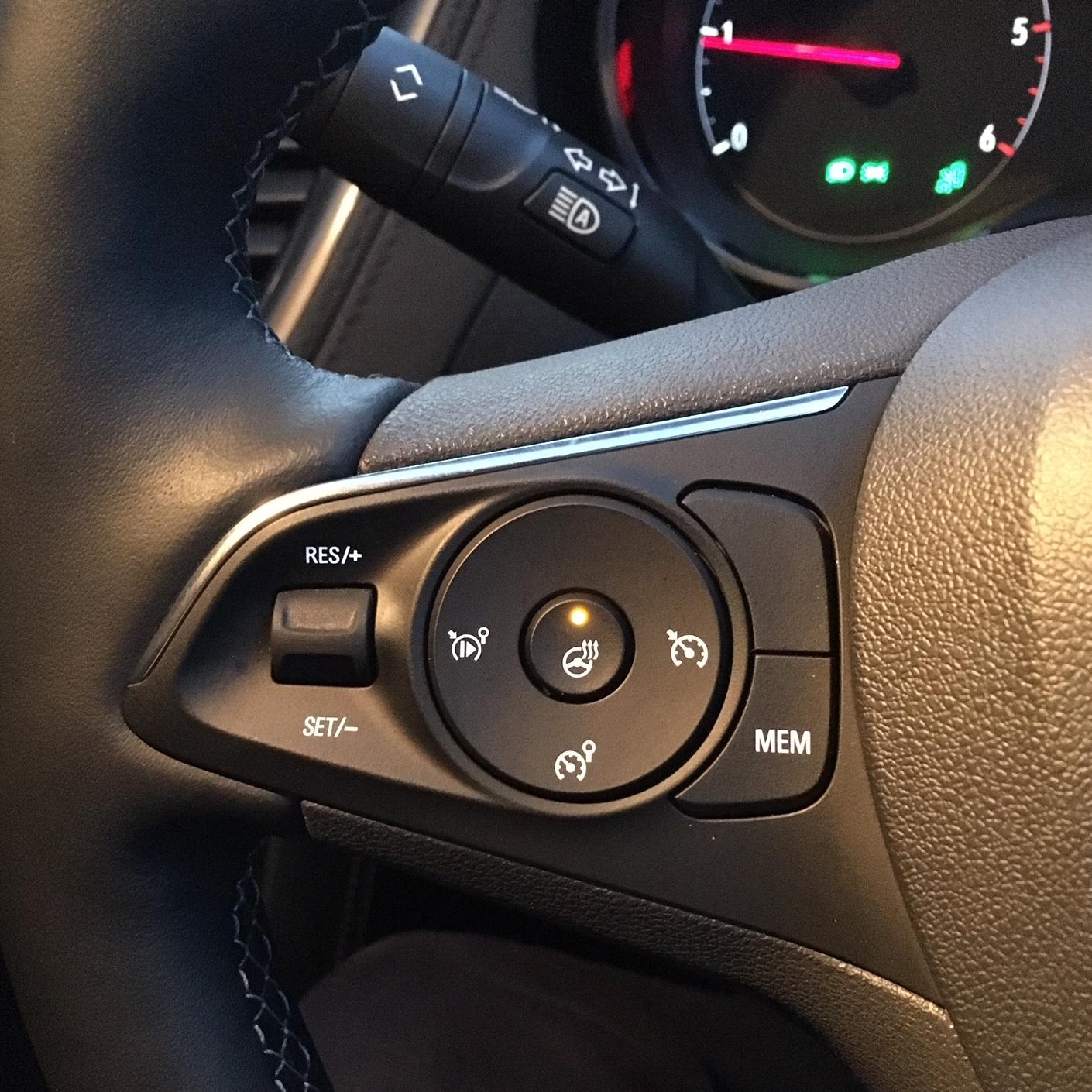 The drive itself, as you’d expect from a new car, is faultless, with an elevated seating position making me feel like I was King of the Road. It’s also really spacious inside – easily big enough to fit a family of five – with a humongous 1,652 litres of boot space, making it a great car for not only your daily commute but also your weekend adventures with all the family.

Back to the commute, once I arrive at the station, parking is easy as pie, with the Grandland X’s rear-view live streaming video and its 360° panoramic camera guiding me into even the tightest of spaces. 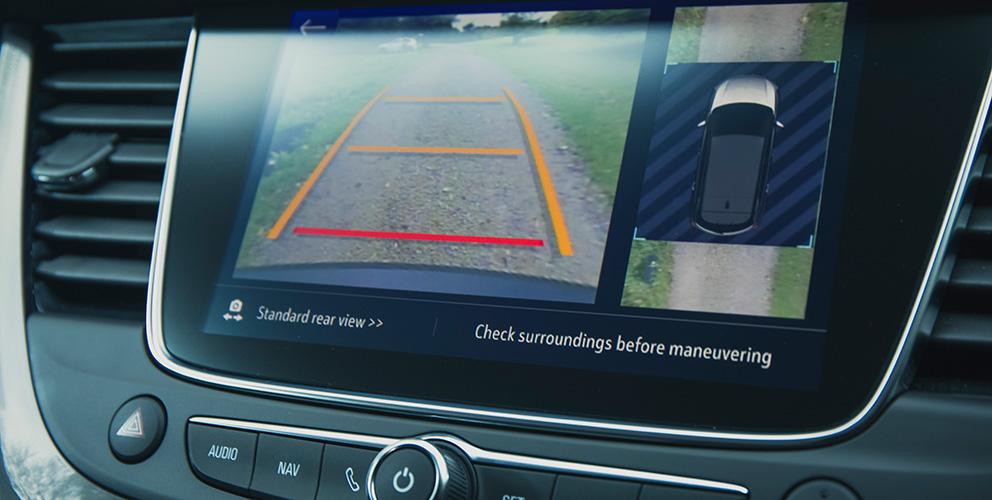 Plus, even after I’ve left the car and am on my merry way, I can still be connected to it using Vauxhall’s specially designed OnStar App, which lets me view things like vehicle diagnostics or even remotely unlock/lock the car (after worrying that I left it unlocked in my rush to catch the train)!

I mean, I know I sound gushing, but after the hell I went through just a few weeks ago, this car turned my tiresome commute from a mundane, energy-zapping chore, into an all-round grander experience that I actually looked forward to every day. So much so, that I even forwent the train to work on two occasions and drove an hour into London instead…just so I could spend more time in the driving seat! 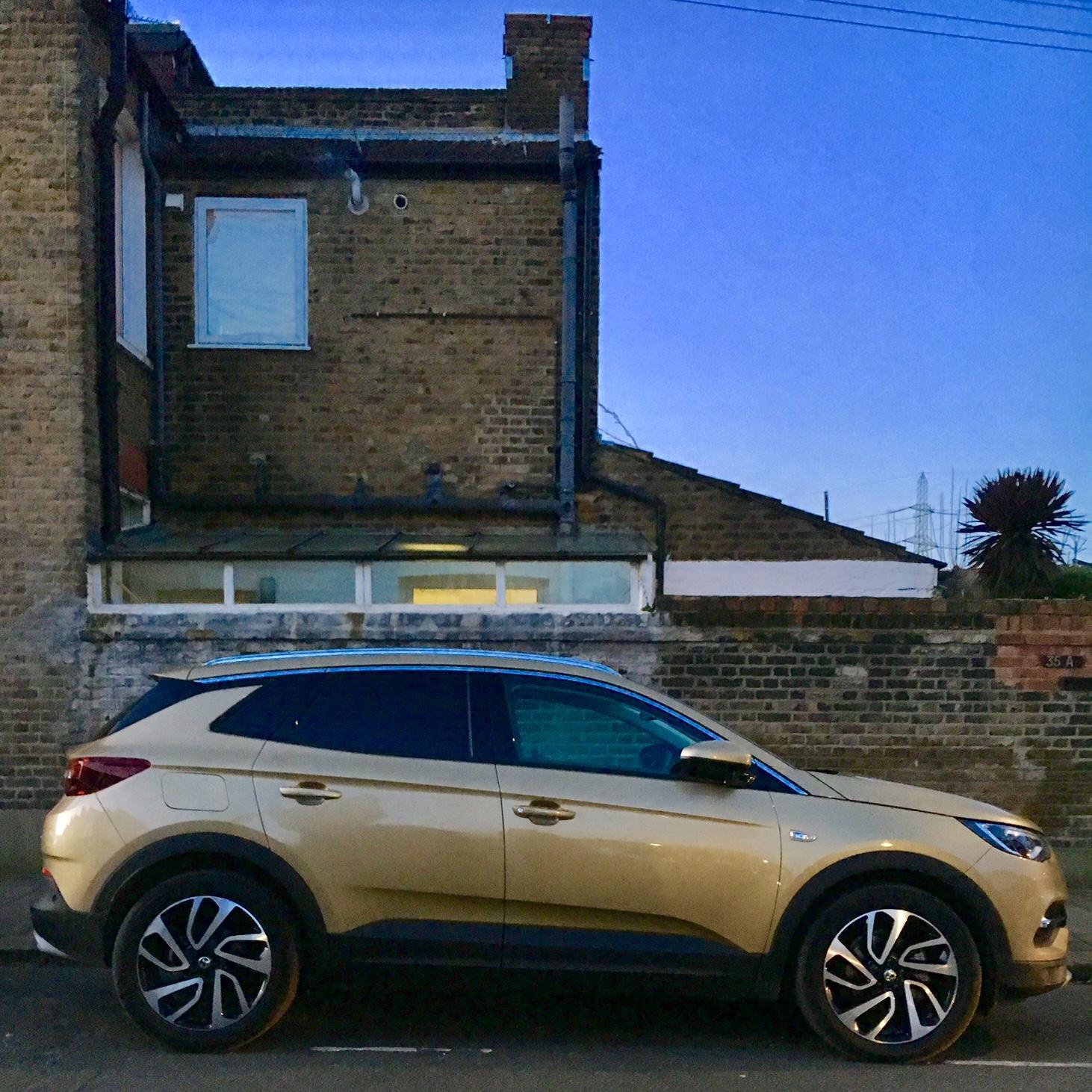 So, after driving the Grandland X for just a week, to go back to my original question at the start of this post: can a new car make you happy? And perhaps, just a little more grand?

For me, on both counts, the answer is a resounding YES!

You can find out more about Vauxhall’s newest SUV – the Grandland X – here. 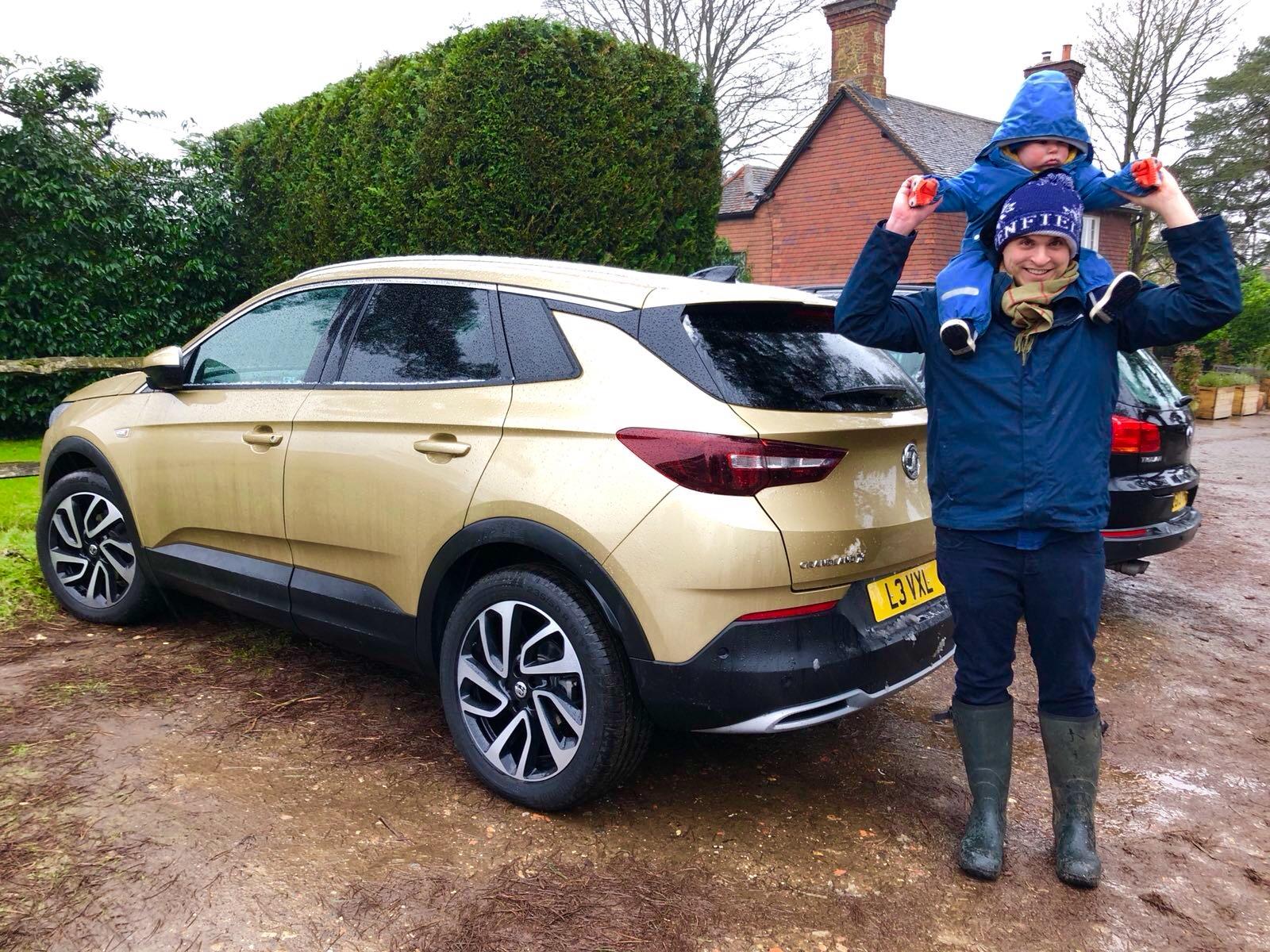 This sponsored post was written in collaboration with Vauxhall, who lent me the Grandland X for a week to test out. All views expressed in the post (however gushing) are entirely my own…I really miss it!